This page contains information on ZACTRAN for veterinary use.
The information provided typically includes the following:

For subcutaneous injection in beef and non-lactating dairy cattle only. Not for use in female dairy cattle 20 months of age or older or in calves to be processed for veal.

ZACTRAN® Injection for Cattle is a ready to use sterile parenteral solution containing gamithromycin, a macrolide sub-class, 7a-azalide antimicrobial. Each mL of ZACTRAN contains 150 mg of gamithromycin as the free base, 1 mg of monothioglycerol and 40 mg of succinic acid in a glycerol formal vehicle. 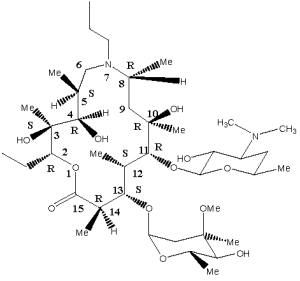 Administer ZACTRAN one time as a subcutaneous injection in the neck at 6 mg/kg (2 mL/110 lb) body weight (BW). If the total dose exceeds 10 mL, divide the dose so that no more than 10 mL is administered at each injection site.

Animals should be appropriately restrained to achieve the proper route of administration. Use sterile equipment. Inject under the skin in front of the shoulder (see illustration).

As with all drugs, the use of ZACTRAN is contraindicated in animals previously found to be hypersensitive to this drug.

FOR USE IN CATTLE ONLY.

NOT FOR USE IN HUMANS.

KEEP THIS AND ALL DRUGS OUT OF REACH OF CHILDREN.

NOT FOR USE IN CHICKENS OR TURKEYS.

The effects of ZACTRAN on bovine reproductive performance, pregnancy, and lactation have not been determined. Subcutaneous injection of ZACTRAN may cause a transient local tissue reaction in some cattle that may result in trim loss of edible tissues at slaughter.

Transient animal discomfort and mild to moderate injection site swelling may be seen in cattle treated with ZACTRAN.

The macrolide antimicrobials as a class are weak bases and as such concentrate in some cells (such as pulmonary leukocytes). Prolonged exposure of extracellular pulmonary pathogens to macrolides appears to reflect the slow release of drug from its intracellular reservoir to the site of action, the pulmonary epithelial lining fluid (ELF). It is the ELF that is relevant to the successful treatment and control of BRD. Gamithromycin is primarily bacteriostatic at therapeutic concentrations. However, in vitro bactericidal activity has been observed at concentrations of 10 µg/mL (Mueller-Hinton broth)

and after exposure to the 6-hour and 24-hour plasma samples derived from cattle dosed at 6 mg gamithromycin/kg BW.

ZACTRAN administered subcutaneously in the neck of cattle at a single dosage of 6 mg/kg BW is rapidly and completely absorbed, with peak concentrations generally occurring within 1 hour after administration. Based upon plasma and lung homogenate data, the terminal half-life (T1/2) of gamithromycin is approximately 3 days. In vitro plasma protein binding studies show that 26% of the gamithromycin binds to plasma protein, resulting in free drug available for rapid and extensive distribution into body tissues. The free drug is rapidly cleared from the systemic circulation with a clearance rate of 712 mL/hr/kg and a volume of distribution of 25 L/kg. Dose proportionality was established based on AUC over a range of 3 mg/kg BW to 9 mg/kg BW. Biliary excretion of the unchanged drug is the major route of elimination.

The minimum inhibitory concentrations (MIC’s) of gamithromycin were determined for BRD isolates obtained from calves enrolled in BRD treatment field studies in the U.S. in 2004 using methods recommended by the Clinical and Laboratory Standards Institute (M31-A2). Isolates were obtained from pre-treatment nasopharyngeal swabs from each enrolled calf and from calves removed from the study due to BRD. The results are shown below in Table 1.

*The correlation between in vitro susceptibility data and clinical effectiveness is unknown.

**The lowest MIC to encompass 50% and 90% of the most susceptible isolates, respectively.

The effectiveness of ZACTRAN for the treatment of BRD associated with Mannheimia haemolytica, Pasteurella multocida and Histophilus somni was demonstrated in a field study conducted at four geographic locations in the United States. A total of 497 cattle exhibiting clinical signs of BRD were enrolled in the study. Cattle were administered ZACTRAN (6 mg/kg BW) or an equivalent volume of sterile saline as a subcutaneous injection once on Day 0. Cattle were observed daily for clinical signs of BRD and were evaluated for clinical success on Day 10. The percentage of successes in cattle treated with ZACTRAN (58%) was statistically significantly higher (p<0.05) than the percentage of successes in the cattle treated with saline (19%).

The effectiveness of ZACTRAN for the treatment of BRD associated with M. bovis was demonstrated independently at two U.S. study sites. A total of 502 cattle exhibiting clinical signs of BRD were enrolled in the studies. Cattle were administered ZACTRAN (6 mg/kg BW) or an equivalent volume of sterile saline as a subcutaneous injection once on Day 0. At each site, the percentage of successes in cattle treated with ZACTRAN on Day 10 was statistically significantly higher than the percentage of successes in the cattle treated with saline (74.4% vs. 24% [p <0.001], and 67.4% vs. 46.2% [p = 0.002]). In addition, in the group of calves treated with gamithromycin that were confirmed positive for M. bovis (pre-treatment nasopharyngeal swabs), there were more calves at each site (45 of 57 calves, and 5 of 6 calves) classified as successes than as failures.

In a target animal safety study in healthy, six-month old beef cattle, ZACTRAN was administered by subcutaneous injection at 6, 18, and 30 mg/kg bodyweight (1, 3, and 5 times the labeled dose) on Day 0, 5, and 10 (3 times the labeled administration frequency). Injection site discomfort (neck twisting, attempts to scratch or lick the injection site, and pawing at the ground) was observed in calves in the 18 mg/kg BW and 30 mg/kg BW groups at 10 minutes post-treatment following each injection. Mild to moderate injection site swelling and pathology changes consistent with inflammation were observed in the gamithromycin-treated groups. Other than injection site reactions, no clinically relevant treatment-related effects were observed.

®ZACTRAN is a registered trademark of the Boehringer Ingelheim Group.