Gilenya: 7 things you should know

Gilenya is an immunosuppressant that may be used to treat relapsing forms of MS in adults and children over the age of 10. It can increase your risk of infection and interact with multiple drugs, and there is a risk that your MS symptoms may worsen if you stop taking Gilenya. A headache, nausea, diarrhea, and abdominal pain are some of the most common side effects reported.

Medicines that interact with Gilenya may either decrease its effect, affect how long it works for, increase side effects, or have less of an effect when taken with Gilenya. An interaction between two medications does not always mean that you must stop taking one of the medications; however, sometimes it does. Speak to your doctor about how drug interactions should be managed.

Gilenya interacts with over 500 medications; the majority of these interactions are considered major. Common medications that may interact with Gilenya include:

There is a risk Gilenya may exacerbate the QT-prolonging effects of some medications, such as citalopram, chlorpromazine, haloperidol, methadone, or erythromycin. Initiation of Gilenya treatment results in a decreased heart rate which may prolong the QT interval. Monitor all patients already on QT-prolonging drugs with a known risk of torsades de pointes overnight with continuous ECG in a medical facility when starting Gilenya.

Gilenya may have additive immune-suppressing effects when given with any other medications such as anticancer drugs, immune-modulating, or immunosuppressive therapies, which may increase a person's risk for infection. Take this into account when switching from drugs with prolonged immune effects, such as natalizumab, teriflunomide, or mitoxantrone.

Strong enzyme inducers, such as carbamazepine, rifampicin, phenytoin, phenobarbital, and St. John’s wort, have been shown to decrease Gilenya blood concentrations by approximately 40%. The clinical impact of this decrease is unknown.

Note that this list is not all-inclusive and includes only common medications that may interact with Gilenya. You should refer to the prescribing information for Gilenya for a complete list of interactions.

Remember, keep this and all other medicines out of the reach of children, never share your medicines with others, and use Gilenya only for the indication prescribed. 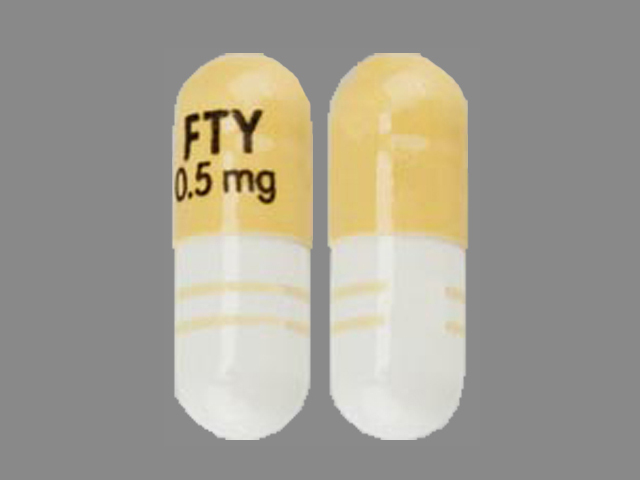