Note: This document contains side effect information about dapagliflozin / saxagliptin. Some of the dosage forms listed on this page may not apply to the brand name Qtern.

Along with its needed effects, dapagliflozin / saxagliptin may cause some unwanted effects. Although not all of these side effects may occur, if they do occur they may need medical attention.

Check with your doctor immediately if any of the following side effects occur while taking dapagliflozin / saxagliptin:

Some side effects of dapagliflozin / saxagliptin may occur that usually do not need medical attention. These side effects may go away during treatment as your body adjusts to the medicine. Also, your health care professional may be able to tell you about ways to prevent or reduce some of these side effects.

Postmarketing reports of acute kidney injury, some requiring hospitalization and dialysis, have been received in patients receiving dapagliflozin. Some cases have occurred in non-elderly patients.[Ref]

Events relating to volume depletion including hypotension, dehydration, and hypovolemia were reported in 2 patients (0.4%) in clinical trials with dapagliflozin-saxagliptin.

In a saxagliptin cardiovascular outcomes trial among patients with established atherosclerotic cardiovascular disease (ASCVD) or with multiple risk factors for ASCVD, hospitalization for heart failure occurred in 3.5% (289/8280) of patients receiving saxagliptin compared to 2.8% (228/8212) of patients receiving placebo. Hospitalization, irrespective of treatment, occurred more frequently among patients with renal impairment and a history of heart failure.[Ref]

Newly diagnosed bladder cancer was reported in 0.17% (10/6045) of patients treated with dapagliflozin compared with 0.03% (1/3512) of patients receiving comparator/placebo therapy. After excluding cases in which exposure to drug was less than 1 year, 4 cases occurred in the dapagliflozin group and no cases in comparator/placebo group. Due to the low numbers, there is insufficient evidence to determine whether this is attributable to dapagliflozin nor is there data to determine whether there is an effect on preexisting bladder tumors.[Ref]

Very common (10% or more): Hypoglycemia (when combined with sulfonylurea)

Increases in LDL-cholesterol with dapagliflozin use have ranged from 2.1% to 6.9%.[Ref]

A dose related mean decrease in absolute lymphocyte count has been observed with saxagliptin use; mean decreases to less than 750 cells/micro were observed in 0.5%, 1.5%, and 0.4% of patients receiving saxagliptin 2.5 mg or 5 mg, and placebo groups, respectively. The clinical significance of this is not known.[Ref]

3. FDA "FDA warns about rare occurrences of a serious infection of the genital area with SGLT2 inhibitors for diabetes. https://www.fda.gov/downloads/Drugs/DrugSafety/UCM618466.pdf." (2018): 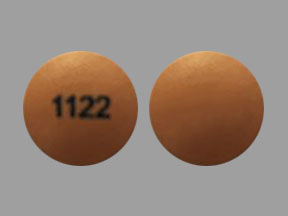