More frequently reported side effects include: vomiting. See below for a comprehensive list of adverse effects.

Along with its needed effects, fluconazole may cause some unwanted effects. Although not all of these side effects may occur, if they do occur they may need medical attention.

Check with your doctor immediately if any of the following side effects occur while taking fluconazole:

Get emergency help immediately if any of the following symptoms of overdose occur while taking fluconazole:

Some side effects of fluconazole may occur that usually do not need medical attention. These side effects may go away during treatment as your body adjusts to the medicine. Also, your health care professional may be able to tell you about ways to prevent or reduce some of these side effects.

This drug was generally well tolerated. Changes in renal and hematological function test results and hepatic abnormalities reported during therapy with this and comparative agents in some patients, primarily those with serious underlying diseases (e.g., AIDS, cancer); clinical significance and relationship to therapy unclear.

During clinical trials of multiple-dose therapy, side effects were reported in 16% of patients. Therapy discontinuation occurred in 1.5% and 1.3% of patients due to adverse clinical events and laboratory test abnormalities, respectively. Clinical side effects were reported more often in HIV-infected patients than in non-HIV-infected patients (21% versus 13%), but the patterns in both groups were similar.[Ref]

Rare cases of seizures have been reported, but a causal relationship was difficult to establish, since some of these patients had cryptococcal meningitis or severe underlying disease. Nonetheless, at least 1 case of seizure following a 100 mg oral dose has been reported.

Dry mouth, dyspepsia, and vomiting have also been reported during postmarketing experience.[Ref]

Transient hepatic reactions have been reported in patients with no other identifiable risk factors. Liver function returned to baseline after stopping this drug.

Serum transaminase elevations (greater than 8 times the upper limit of normal [8 x ULN]; about 1%) and statistically significant increases in AST have been reported. Serum transaminase elevations have been reported primarily in patients with serious underlying medical conditions (primarily AIDS or malignancy) and often taking multiple concomitant medications, including agents known to be hepatotoxic.

Transaminase elevations greater than 2 to 3 x ULN have also been reported.

Reversible alopecia has been associated with long-term (2 months or longer) therapy.

In patients with serious underlying diseases (primarily AIDS and malignancy), exfoliative skin disorders have resulted in a fatal outcome.

Hypercholesterolemia, hypertriglyceridemia, and hypokalemia have also been reported during postmarketing experience.[Ref]

Rare cases of exfoliative dermatitis and ulcerative eruptions consistent with Stevens-Johnson syndrome have been reported in association with hypersensitivity reactions.

A 52-year-old female experienced a fixed drug eruption (FDE) when administered a single 400 mg oral dose for extensive pityriasis versicolor. Within 12 hours, she noticed 3 oval, painful, eroded, pigmented patches over her trunk with diameters of 3 to 4 cm and erythematous halos. A clinical diagnosis of FDE due to drug therapy was made. The FDE was confirmed when the patient was rechallenged with a 25 mg oral dose.[Ref]

Frequency not reported: Prolongation of the QT interval on the ECG, palpitations, complex ventricular arrhythmia[Ref]

Most reports of QT interval prolongation and torsades de pointes involved seriously ill patients with multiple confounding risk factors, such as structural heart disease, electrolyte abnormalities, and concomitant medications that may have been contributory.

An 11-year-old male with neurofibromatosis-1 presented to the hospital in septic shock secondary to a perforated gastric volvulus. After initial stabilization, the patient underwent total gastrectomy and multiple peritoneal lavages. Culture of peritoneal fluid showed infection with Candida albicans. Therapy was started with fluconazole 150 mg IV every 12 hours. After starting this drug, the patient developed QT prolongation and complex ventricular arrhythmia. The drug was discontinued. Over the subsequent 36-hours, the patient remained in sinus rhythm except for one brief run of ventricular bigeminy. An ECG recorded 5 months after admission (and about 4 months after cessation of all QT-prolonging medications) showed sinus rhythm with normal heart rate and corrected QT interval.

QT prolongation and torsade de pointes have also been reported during postmarketing experience.[Ref]

Anemia, eosinophilia, leukopenia, neutropenia, and thrombocytopenia have been reported, often in patients with severe deep fungal infections or underlying disease.

Spontaneous reports of anemia were more frequent in patients 65 years of age or older than in those between 12 and 65 years of age; however, there is a natural increase in the incidence of anemia in the elderly. A causal relationship to drug exposure could not be determined.

Anemia, leukopenia, neutropenia, agranulocytosis, and thrombocytopenia have also been reported during postmarketing experience.[Ref]

Fever, asthenia, fatigue, and malaise have also been reported during postmarketing experience.[Ref]

Frequency not reported: Infection due to resistant microorganisms[Ref]

Myalgia has also been reported during postmarketing experience.[Ref]

Insomnia has also been reported during postmarketing experience.

A 58-year-old female with a history of hypertension and cervical cancer experienced membranous nephropathy coincident with this drug. The patient presented with increasing generalized edema accompanied by nausea and indigestion for 3 weeks. Clinical findings showed the patient had stage I membranous nephropathy. At initial presentation, the patient's medication history included amlodipine, hydrochlorothiazide, metoclopramide, and levosulpiride. She did not admit to taking fluconazole. Five months after the initial presentation, the patient returned with reports of increasing pedal edema. At that point, the patient admitted to taking this drug once a week for tinea pedis. The patient went into complete remission when the drug was stopped.

Spontaneous reports of acute renal failure were more frequent in patients 65 years of age or older than in those between 12 and 65 years of age; however, there is a natural increase in the incidence of renal failure in the elderly. A causal relationship to drug exposure could not be determined.[Ref]

1. Grant SM, Clissold SP "Fluconazole: a review of its pharmacodynamic and pharmacokinetic properties, and therapeutic potential in superficial and systemic mycoses." Drugs 39 (1990): 877-916

5. Phillips RJ, Watson SA, McKay FF "An open multicentre study of the efficacy and safety of a single dose of fluconazole 150 mg in the treatment of vaginal candidiasis in general practice." Br J Clin Pract 44 (1990): 219-22 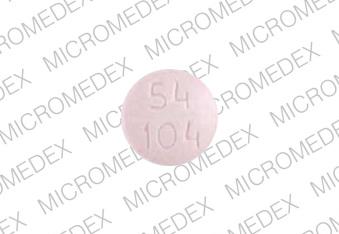