Indications and Usage for Vanatol LQ

VANATOL™ LQ is indicated for the relief of the symptom complex of tension (or muscle contraction) headache.

There have been post-marketing reports of hypersensitivity and anaphylaxis associated with use of acetaminophen. Clinical signs included swelling of the face, mouth, and throat, respiratory distress, urticaria, rash, pruritus, and vomiting. There were infrequent reports of life-threatening anaphylaxis requiring emergency medical attention. Instruct patients to discontinue VANATOL™ LQ immediately and seek medical care if they experience these symptoms. Do not prescribe VANATOL™ LQ for patients with acetaminophen allergy.

VANATOL™ LQ should be prescribed with caution in certain special-risk patients, such as the elderly or debilitated, and those with severe impairment of renal or hepatic function, or acute abdominal conditions.

For information on use in geriatric patients, see PRECAUTIONS/ Geriatric Use.

Clinical studies of butalbital, acetaminophen and caffeine did not include sufficient numbers of subjects aged 65 and over to determine whether they respond differently from younger subjects. Other reported clinical experience has not identified differences in responses between the elderly and younger patients. In general, dose selection for an elderly patient should be cautious, usually starting at the low end of the dosing range, reflecting the greater frequency of decreased hepatic, renal, or cardiac function, and of concomitant disease or other drug therapy.

How is Vanatol LQ Supplied

VANATOL™ LQ (butalbital, acetaminophen and caffeine oral solution) is an orange, tropical fruit punch flavored liquid containing butalbital 50 mg (Warning: May be habit-forming), acetaminophen 325 mg and caffeine 40 mg per 15 mL, with 7.368% alcohol. It is supplied in containers as follows: 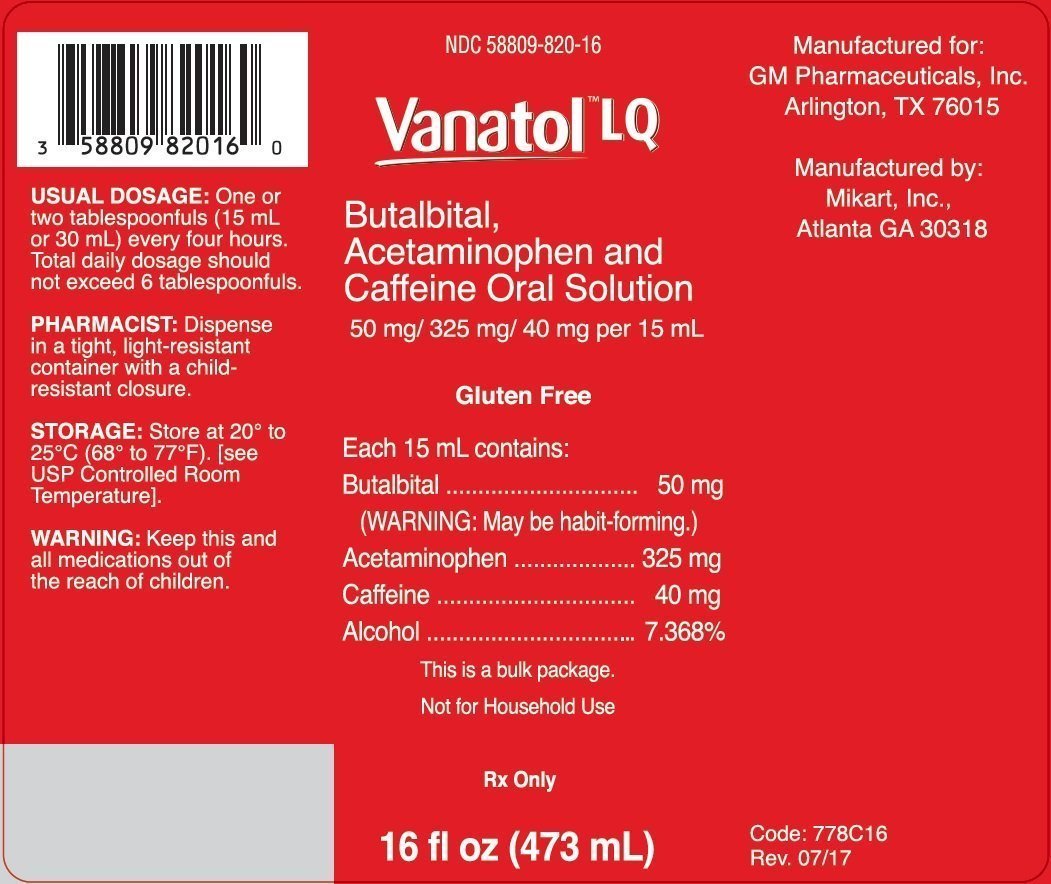