Nystatin is an antimycotic polyene antibiotic obtained from Streptomyces noursei. Its structural formula: 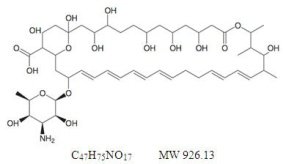 Gastrointestinal absorption of nystatin is insignificant. Most orally administered nystatin is passed unchanged in the stool. In patients with renal insufficiency receiving oral therapy with conventional dosage forms, significant plasma concentrations of nystatin may occasionally occur.

Nystatin is both fungistatic and fungicidal in vitro against a wide variety of yeasts and yeast-like fungi. Candida albicans demonstrates no significant resistance to nystatin in vitro on repeated subculture in increasing levels of nystatin; other Candida species become quite resistant. Generally, resistance does not develop in vivo. Nystatin acts by binding to sterols in the cell membrane of susceptible Candida species with a resultant change in membrane permeability allowing leakage of intracellular components. Nystatin exhibits no appreciable activity against bacteria, protozoa, or viruses.

Indications and Usage for Nystatin Tablets

Nystatin Tablets are intended for the treatment of non-esophageal mucus membrane gastrointestinal candidiasis.

Nystatin Tablets are contraindicated in patients with a history of hypersensitivity to any of their components.

This medication is not to be used for the treatment of systemic mycoses. Discontinue treatment if sensitization or irritation is reported during use.

No long-term animal studies have been performed to evaluate carcinogenic potential. There also have been no studies to determine mutagenicity or whether this medication affects fertility in males or females.

Nystatin is well tolerated even with prolonged therapy. Oral irritation and sensitization have been reported. (See PRECAUTIONS: General.)

Oral doses of nystatin in excess of five million units daily have caused nausea and gastrointestinal upset. There have been no reports of serious toxic effects of superinfections (see CLINICAL PHARMACOLOGY, Pharmacokinetics).

The usual therapeutic dosage is one to two tablets (500,000 to 1,000,000 units nystatin) three times daily. Treatment should generally be continued for at least 48 hours after clinical cure to prevent relapse.

How is Nystatin Tablets Supplied 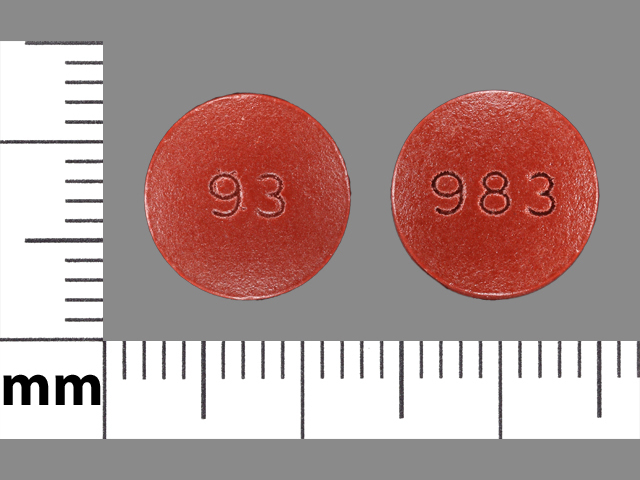