Erythromycin Topical Solution, USP 2% contains erythromycin, USP for topical dermatologic use. Erythromycin is a macrolide antibiotic produced from a strain of Saccaropolyspora erythraea (formerly Streptomyces erythreus). It is a base and readily forms salts with acids. Chemically, erythromycin is: (3R*,4S*,5S*,6R*,7R*,9R*,11R*,12R*,13S*,14R*)-4-[(2,6-Dideoxy-3-C-methyl-3-0-methyl-α-L-ribo-hexopyranosyl)oxy]-14-ethyl-7,12,13-trihydroxy -3,5,7,9,11,13-hexamethyl-6-[[3,4,6-trideoxy-3-(dimethylamino)-ß-D-xylo-hexopyranosyl]oxy]oxacyclotetradecane-2,10-dione. It has the following structural formula: 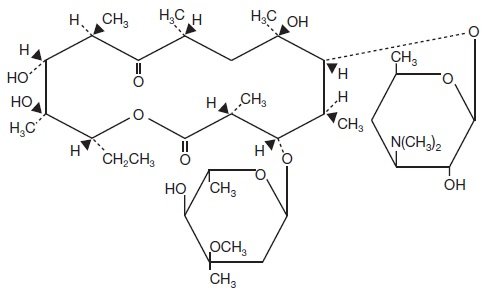 Erythromycin, USP is a white or slightly yellow, crystalline powder that is soluble in water, alcohol, chloroform and in ether.

Each mL of Erythromycin Topical Solution, USP 2% contains 20 mg of erythromycin base in a vehicle consisting of alcohol (66%), citric acid, and propylene glycol.

Erythromycin Topical Solution, 2% is indicated for the topical treatment of acne vulgaris.

Erythromycin Topical Solution, 2% is contraindicated in those individuals who have shown hypersensitivity to any of its components.

No animal studies have been performed to evaluate the carcinogenic and mutagenic potential or effects on fertility of topical erythromycin. However, long-term (2 years) oral studies in rats with erythromycin ethylsuccinate and erythromycin base did not provide evidence of tumorigenicity. There was no apparent effect on male or female fertility in rats fed erythromycin (base) at levels up to 0.25% of diet.

There was no evidence of teratogenicity or any other adverse effect on reproduction in female rats fed erythromycin base (up to 0.25% of diet) prior to and during mating, during gestation and through weaning of two successive litters.

There are, however, no adequate and well-controlled studies in pregnant women. Because animal reproduction studies are not always predictive of human response, this drug should be used in pregnancy only if clearly needed. Erythromycin has been reported to cross the placental barrier in humans, but fetal plasma levels are generally low.

Safety and effectiveness of this product in pediatric patients have not been established.

Erythromycin Topical Solution, 2% should be applied over the affected areas twice a day (morning and evening) after the skin is thoroughly washed with warm water and soap and patted dry. Acne lesions on the face, neck, shoulders, chest, and back may be treated in this manner.

This medication should be applied with applicator top. If fingertips are used, wash hands after application. Drying and peeling may be controlled by reducing the frequency of applications.

How is Erythromycin Topical Solution Supplied 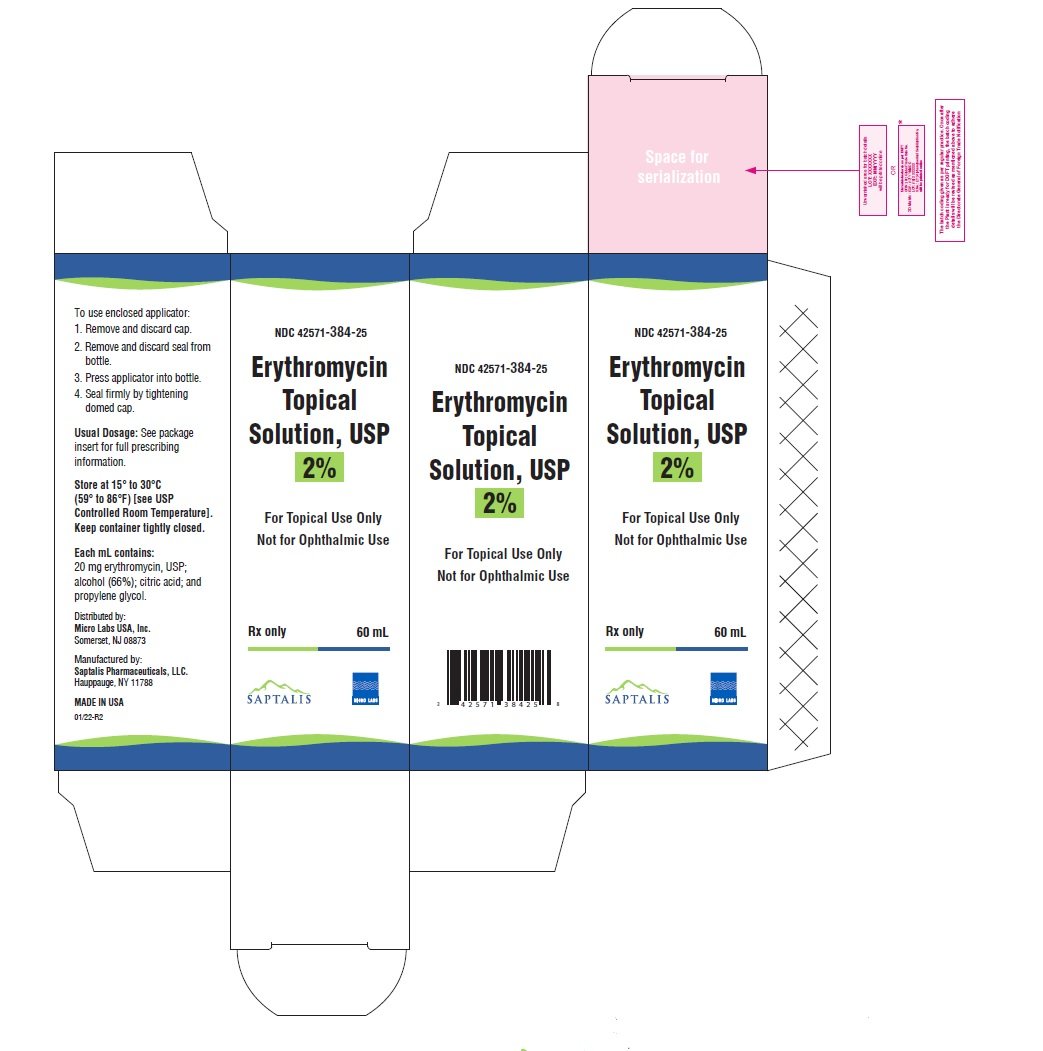