This page contains information on Spectramast DC for veterinary use.
The information provided typically includes the following:

For Intramammary Infusion Only

SPECTRAMAST® DC Sterile Suspension is an oil-based sterile suspension of ceftiofur hydrochloride, a cephalosporin antibiotic. Ceftiofur is a broad-spectrum cephalosporin antibiotic that exerts its effect by inhibiting bacterial cell wall synthesis. Like other β-lactam antimicrobial agents, the cephalosporins inhibit cell wall synthesis by interfering with the enzymes essential for peptidoglycan synthesis. This effect results in lysis of the bacterial cell and accounts for the bactericidal nature of these agents. The Chemical Name of Ceftiofur Hydrochloride is 5-Thia-1-azabicyclo[4.2.0]oct-2-ene-2-carboxylic acid, 7-[[2-(2-amino-4-thiazolyl)-2-(methoxyimino)acetyl]amino]-3-[[(2-furanylcarbonyl) thio]methyl]-8-oxo, hydrochloride. 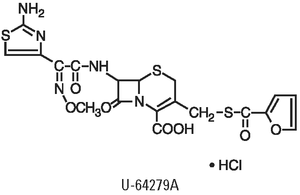 INDICATIONS: SPECTRAMAST DC Sterile Suspension is indicated for the treatment of subclinical mastitis associated with Staphylococcus aureus, Streptococcus dysgalactiae and Streptococcus uberis in cattle at the time of dry-off.

Dry cow product. Infuse one (1) syringe into each affected quarter at the time of dry-off.

Treatment: Wash teats thoroughly with warm water containing a suitable dairy antiseptic. Dry teats thoroughly. Milk out udder completely. Using an alcohol pad provided, wipe off the end of the affected teat using a separate pad for each teat. Choose the desired insertion length (full or partial) and insert tip into teat canal; push plunger to dispense entire contents, massage the quarter to distribute the solution into the milk cistern. Following infusion, it is advisable to dip all teats in an approved teat dip.

Reinfection: After successful treatment, reinfection may occur unless good herd management, sanitation, and mechanical safety measures are practiced. Affected cows should be watched carefully to detect recurrence of infection and possible spread to other animals.

The syringe is designed to provide the choice of either insertion of the full cannula as has traditionally been practiced, or insertion of no more than 1/8 inch of the cannula, as reported by Eberhart, R.J. et. al. 1987. Current Concepts of Bovine Mastitis, 3rd Edition, National Mastitis Council, Arlington, VA.

a. Full insertion: Remove the white end cap by pulling straight up as shown. Gently insert the full cannula into the teat canal; carefully infuse the product.

b. Partial insertion: Remove the white end cap by pulling straight up as shown. Gently insert the exposed white tip into the teat canal; carefully infuse the product.

CLINICAL EFFICACY: The efficacy of a single intramammary (IMM) infusion of ceftiofur hydrochloride for the treatment of existing IMM infections present at the time of dry off was demonstrated in a randomized block design study. Nineteen veterinary investigators enrolled cows in 21 herds and from these 21 herds, 533 cows and 2107 quarters met initial enrollment criteria in the study. Cows with whole udder somatic cell counts greater than 400,000 cells/mL or a linear somatic cell count score greater than or equal to 5 were enrolled in this study. Milk microbiologic samples were obtained prior to treatment and at days 3 and 5 post-calving. The ceftiofur treatments were 125 mg of ceftiofur, 250 mg ceftiofur, or 500 mg ceftiofur infused per quarter into all four quarters of each cow at the time of dry cow therapy. The study also included non-treated and positive controls. The experimental unit was the quarter of the cow. The primary decision variable was the therapeutic (microbiologic) cure. A treatment was therapeutically effective if it eliminated any pathogen found in the pre-treatment milk sample in both post-calving milk samples.

Ceftiofur was clinically effective against a broad range of bacteria including Staphylococcus spp. such as Staphylococcus aureus, Streptococcus spp. such as Streptococcus dysgalactiae and Streptococcus uberis. Streptococcus agalactiae was not isolated in cows from this study. This intramammary ceftiofur formulation was well tolerated as no adverse formulation related events were noted during the entire study. This large multilocation field dose confirmation study demonstrated that 500 mg of ceftiofur infused once per quarter at the time of dry off was effective for the treatment of existing infections present at dry off.

ANIMAL SAFETY: A pivotal GLP udder irritation study was conducted in 22 lactating cows to assess udder irritation following a single intramammary infusion of an oil-based suspension containing 500 mg of ceftiofur into all four quarters. A clinically insignificant rise in somatic cell count (SCC) to mean levels <200,000 cell/mL was observed following infusion in normal cows with low pre-infusion SCC (<69,000 cell/mL). This elevation is not unexpected with oil-based suspensions. SCC in three cows exceeded the 200,000 cell/mL threshold. These elevations were in part attributed to suboptimal teat disinfection and administration technique, thereby allowing environmental organisms to enter the teat, and resulting in subclinical udder inflammation. No other clinical signs of udder irritation (swelling, pain or redness), changes in body temperature or in milk production were noted during this study. This study demonstrated that this formulation is clinically safe and nonirritating to the udder of lactating dairy cows. Clinical observations after dry cow therapy were conducted in three studies. During the pivotal GLP residue study, 36 cows were clinically observed for 14 days after infusion during the early dry cow period and immediately after calving. No clinical evidence of irritation was observed in any of the treated udders. In two clinical field efficacy studies in 1116 dry treated dairy cows, no reports of udder irritation or adverse events were noted. Collectively, these studies demonstrate that the intramammary infusion of an oil-based suspension containing 500 mg of ceftiofur once daily into all four quarters at the time of dry-off is clinically safe and non-irritating to the udder of non-lactating dairy cows.

(1) Treated animals must not be slaughtered for use in food for at least 5 days after the latest treatment with this drug. (2) Do not use in lactating cows. (3) Milk taken from treated cows which calve within 30 days of infusion must not be used as food until the unexpired remainder of days has elapsed. (4) To limit the development of antimicrobial resistance, the choice of SPECTRAMAST DC Sterile Suspension as the most appropriate treatment should be confirmed by clinical experience supported where possible by pathogen culture and drug susceptibility testing. The extra label use of SPECTRAMAST DC Sterile Suspension is not recommended. (5) Penicillins and cephalosporins can cause allergic reactions in sensitized individuals. Topical exposures to such antimicrobials, including ceftiofur, may elicit mild to severe allergic reactions in some individuals. Repeated or prolonged exposure may lead to sensitization. Avoid direct contact of the product with the skin, eyes, mouth and clothing. Sensitization of the skin may be avoided by wearing latex gloves. (6) Persons with a known hypersensitivity to penicillins or cephalosporins should avoid exposure to this product. (7) In case of accidental eye exposure, flush with water for 15 minutes. In case of accidental skin exposure, wash with soap and water. Remove contaminated clothing. If allergic reaction occurs (e.g., skin rash, hives and difficult breathing), seek medical attention.

CAUTIONS: Do not re-use. It is recommended that milk cultures be used to aid in decision-making for mastitis therapy. Re-infection may occur unless good herd management, sanitation and mechanical safety measures are practiced. Proper aseptic teat preparation prior to use of an intramammary infusion product and proper aseptic infusion techniques are highly recommended to reduce the risk of post-infusion infection with environmental bacteria because of teat end contamination.

As with all drugs, the use of SPECTRAMAST DC Sterile Suspension is contraindicated in animals previously found to be hypersensitive to the drug.

CLINICAL MICROBIOLOGY: Ceftiofur has demonstrated in vitro and clinical activity against Staphylococcus aureus, Streptococcus dysgalactiae and Streptococcus uberis. The in vitro activity of ceftiofur against mastitis pathogens is summarized in Table 1.

Table 1. Summary of MIC Data for Ceftiofur with Mastitis Pathogens

* Clinical isolates supported by clinical data and indication for use.

** Clinical isolates not supported by clinical data; the clinical significance of these data is not known.

Store between 15 and 25°C. Store PLASTETS in carton or pail until used. Protect from light.

PRESENTATION: SPECTRAMAST DC is available in cartons of 12 and pails of 144 x 10mL PLASTET disposable Syringes, with one individually wrapped 70% isopropyl alcohol pad per PLASTET.

Zoetis is a trademark and Spectramast is a registered trademark of Zoetis or its licensors, used under license by Zoetis Canada Inc.