Specialty Drugs: 10 of the Most Expensive

View as slideshow
Previous 1 of 15 Next

Can You Afford Your Medications? 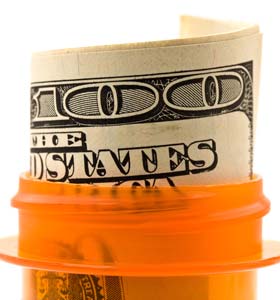 Either way - a patient should be able to afford or have coverage for the treatments they need to stay alive.

But you have probably found yourself in a situation where the cost of treatment was just too high.

What Determines The Cost of Drugs? 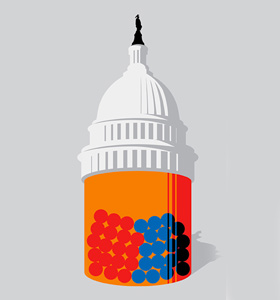 Why are prescription drugs so expensive in the US?

How much you pay for medication is dependent upon many factors:

Why Are Drugs So Expensive in the US? 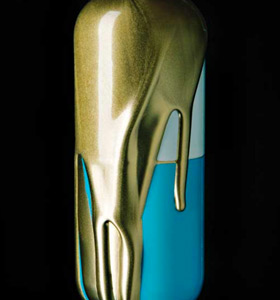 How a drug's price is determined is complicated and for most of us remains a true mystery. There is a lack of transparency in how drugs are priced by the pharmaceutical company. The true cost of any drug may be hard to determine until you're at the pharmacy or get a bill in the mail.

and the confusion grows.

A report by America's Health Insurance Plans (AHIP) projected that drug spending in the US will grow to $590 billion by 2020, up from $337 billion just a few years ago.

But it's not the pain relievers, blood pressure pills, or antibiotics that's fueling this growth. The culprit is specialty drugs developed in recent years, like the new biologics for multiple sclerosis, rheumatoid arthritis, or as cancer treatments.

Granted, many of these new medications are life-saving and important. But why is drug development so expensive? The complicated manufacturing processes involved in some of the most advanced therapies today play a part in high costs. But some expensive drugs are just repurposed generics, too.

AHIP reported that 225 new specialty-type drugs would come to market by 2021. Specialty drugs make up roughly 30% of all spending on drugs, but only account for 2% of all prescriptions. And close to half of these drugs cost over $100,000 per patient, per year.

What are some examples of costly drugs and medical conditions that are burdening the American Health Care System?

Just How Expensive Are Drugs? A Look Back at Sovaldi 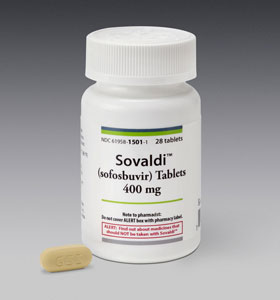 Looking at the monthly cost of a drug can give you an idea of the out-of-pocket cost in the short-term, but the bigger impact comes when you start looking at the cost of the medication over a required treatment period, or on an annual per patient-per year basis.

AHIP estimated costs for 150 specialty medications based on their real-world use by using commonly accepted doses. Pricing is presented in a range of estimated low to high costs.

For example, one of the most controversial -- and costly -- drugs in past history was when the hepatitis C virus (HCV) medication Sovaldi (sofosbuvir) from Gilead Sciences was first approved in December 2013.

Headlines proclaimed that the medication, which is actually a life-saving and curative drug for many HCV patients, would cost $1,000 per pill. However, drug expenses could run between $90,000 and $180,000 or more over the treatment course depending upon if a patient needed 12 or 24 weeks of treatment.

So that was just a start: here's a look at some of the most expensive drugs in the U.S. -- and on the planet. And remember, most of these drugs you cannot get in a regular pharmacy. Usually your doctor would administer it as an injection or you might have to receive them in specialty infusion clinic. 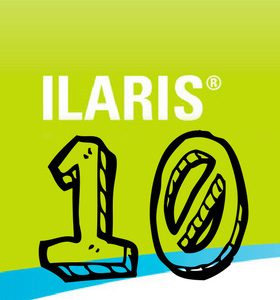 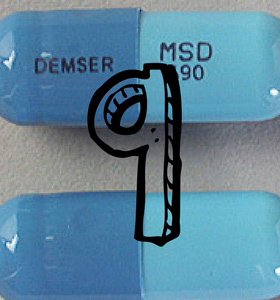 Patients with pheochromocytoma produce excessive amounts of norepinephrine and epinephrine, which can dangerously elevate the blood pressure.

Demser (metyrosine) from Valeant Pharmaceuticals is used to decrease the amount of certain chemicals (catecholamines) in the body caused by a type of adrenal gland tumor (pheochromocytoma).

According to AHIP, Demser tends to run anywhere from $96,000 to $472,000 annually per patient depending upon if you are looking at costs from the heavily discounted Federal Supply Schedule (FSS) from the VA up to the highest prices found for the Average Wholesale Price (AWP). 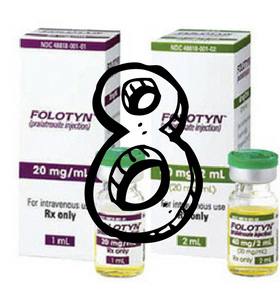 Folotyn (pralatrexate), FDA-approved in 2009 from Allos Therapeutics, is used as a last chance medication for patients with relapsed or refractory peripheral T-cell lymphoma (PTCL), an aggressive form of non-Hogkins's lymphoma.

According the manufacturer, clinical benefit such as improvement in progression-free survival or overall survival has not been demonstrated. 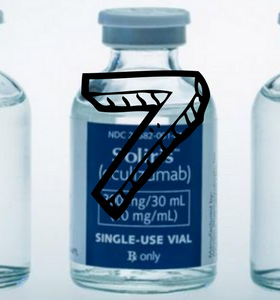 Soliris (eculizumab), from Alexion Pharmaceuticals is a specialty drug FDA-approved:

It is a monoclonal antibody, only available through the Soliris REMS program, and falls within treatments of genetic diseases -- one of the most costly groups of diseases to treat.

Soliris used to be considered the most expensive drug in the world, but there are others now that far exceed it. 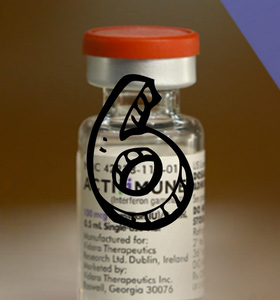 The sticker shock per patient can be palpable, roughly $700,000 per year, based on reported prices from WellRx.

It's important to remember many specialty drugs may have manufacturer patient assistance programs, federal and/or state government programs, or consumer groups to help with cost assistance. However, eligibility can depend on numerous factors, including: 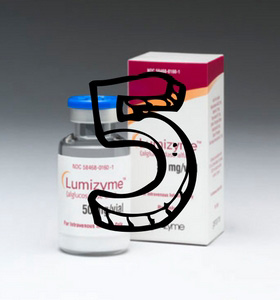 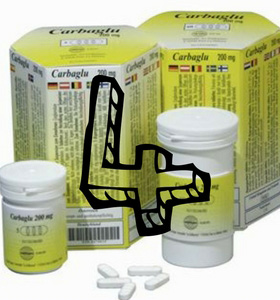 It's obvious having a rare disease where you are missing a needed enzyme can be very expensive.

Carbaglu (carglumic acid) is an orally administered drug used to help treat and prevent build-up of dangerous ammonia (hyperammonemia) in the blood due to the lack of a required liver enzyme (known as N-acetylglutamate synthase, or NAGS). It works by preventing a build-up of nitrogen in the bloodstream that can quickly cause coma and death.

But does Carbaglu treatment actually continue over a long period, say for years?

These long-term treatment costs can be exhorbitant for the patient and the health care system to absorb. Of course, what is actually paid by insurance groups or the government may depend upon if any rebates are awarded, or if the drug is actually covered. Patient assistant for drug costs may also be available, but what the patient actually pays depends upon multiple factors that are often out of their hands. 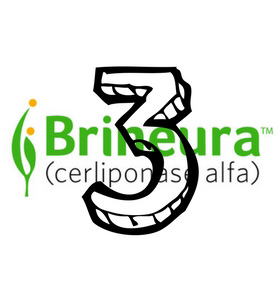 Late infantile neuronal ceroid lipofuscinosis type 2 (CLN2) disease, a form of Batten disease, is a rare inherited disorder that primarily affects the nervous system. It's devastating and patients often require the use of a wheelchair by late childhood. These children typically do not survive past their teens.

Batten disease typically begins in early childhood - between the ages of 2 and 4 - with symptoms such as:

At the end of April 2017, the FDA approved Brineura (cerliponase alfa), from BioMarin Pharmaceuticals, for this specific form of Batten disease.

An orphan drug for this rare disease, Brineura joins others in the long list of drugs approaching one million dollars per year of treatment. Orphan drugs are intended for the safe and effective treatment, diagnosis or prevention of rare diseases/disorders that affect fewer than 200,000 people in the U.S.

Brineura is an enzyme replacement therapy for tripeptidyl peptidase-1 (TPP1). It's the first FDA-approved treatment to slow the decline of walking disability in symptomatic children 3 years of age and older with CLN2.

Reports from Fortune state that Brineura runs close to $700,000 per year, although what a patient or their family pays is affected by multiple circumstances, including manufacturer support. Orphan drugs are intended for the safe and effective treatment, diagnosis or prevention of rare diseases/disorders that affect fewer than 200,000 people in the U.S. 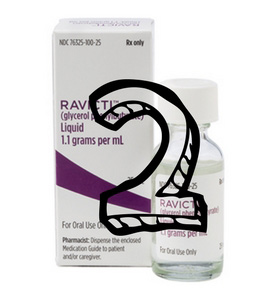 Urea cycle disorder definitely classifies as an orphan disease as it only affects about 2,100 people in the U.S

Like Carbaglu, Ravicti (glycerol phenylbutyrate), from Horizon Pharma, is a treatment approved to help prevent a build-up of toxic ammonia in the blood in children from birth and older. Ammonia in the blood and tissues and can lead to permanent brain damage, coma, or death.

The price tag for Ravicti, given as an oral liquid, could run up to $1.22 million per patient-per year of treatment based on the maximum recommended dose. In the first half of 2019, Horizon had sales of Ravicti hovering in the $100 million range.

Acquiring or developing orphan drugs, and attaching an extraordinary price tag, is the new business model for many pharmaceutical companies in the U.S. Because economic outcome studies are not required prior to FDA approval, the costs vs. benefits are often misaligned. However, without these treatments, many patients might not have any other options.

What is the World's Most Expensive Drug? 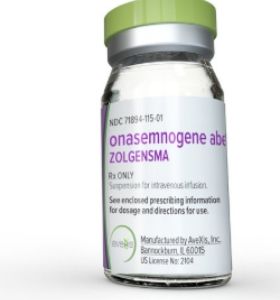 So what is the world's most expensive drug now? That's up for debate. Many say it's Zolgensma (generic name: onasemnogene abeparvovec-xioi), a life-saving gene therapy approved in May 2019 to treat pediatric Spinal Muscular Atrophy (SMA).

Zolgensma now replaces Glybera (alipogene tiparvovec), previously the most expensive drug and the first approved gene therapy in the Western world. Glybera is no longer marketed.

Finished: Specialty Drugs: 10 of the Most Expensive 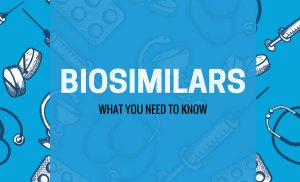 What Are Biosimilars? Top Facts You May Not Know

You've heard of biosimilars, but maybe you still have questions: Are biosimilars a generic product, or something different? Are they safe and effective? Will they save healthcare...