Ticlopidine can cause life-threatening hematological adverse reactions, including neutropenia/agranulocytosis, thrombotic thrombocytopenic purpura (TTP) and aplastic anemia. Hematological adverse reactions cannot be reliably predicted by any identified demographic or clinical characteristics. During the first 3 months of treatment, patients receiving ticlopidine must, therefore, be hematologically and clinically monitored for evidence of neutropenia or TTP. If any such evidence is seen, ticlopidine should be immediately discontinued.

Along with its needed effects, ticlopidine may cause some unwanted effects. Although not all of these side effects may occur, if they do occur they may need medical attention.

Check with your doctor immediately if any of the following side effects occur while taking ticlopidine:

Check with your doctor as soon as possible if any of the following side effects occur while taking ticlopidine:

Some side effects of ticlopidine may occur that usually do not need medical attention. These side effects may go away during treatment as your body adjusts to the medicine. Also, your health care professional may be able to tell you about ways to prevent or reduce some of these side effects.

The majority of cases of neutropenia, agranulocytosis, aplastic anemia, and thrombotic thrombocytopenic purpura occur during the first three months of treatment. US physicians reported 100 cases of TTP between 1992 and 1997. Delayed onset of neutropenia, after discontinuation of ticlopidine, has been reported. Hematologic parameters should be monitored every other week for the first three months of therapy and ticlopidine should be discontinued if laboratory values are altered or if symptoms of infection or bleeding are noted. Thereafter, the patient should be monitored for signs of infection. Patients should be counseled concerning signs and symptoms of TTP (weakness, pallor, petechiae, purpura, dark urine, jaundice or mental status changes) and instructed to discontinue ticlopidine and immediately report any of these findings. Platelet infusions may accelerate thrombosis and should be avoided if possible.

Hematologic dyscrasias have been the most serious adverse effects associated with ticlopidine therapy. Reversible neutropenia (severe in 0.9%) occurred in 2.4% of patients. Thrombocytopenia, agranulocytosis, pancytopenia, hemolytic anemia with reticulocytosis, and aplastic anemia have been reported.

Thrombotic thrombocytopenic purpura (TTP), not noted during clinical trials, has occurred at an estimated incidence of 1 case per 2000 to 4000 exposures. Symptoms include thrombocytopenia, microangiopathic hemolytic anemia (fragmented RBCs on a peripheral smear), renal dysfunction, fever, and neurological changes.[Ref]

Gastrointestinal disturbances have been noted in up to 40% of patients. Dyspepsia, nausea, diarrhea, vomiting, flatulence, and gastric pain have occurred. Some gastrointestinal symptoms lessen with continued therapy and administration with food may decrease gastrointestinal intolerance. Cases of ticlopidine-induced chronic diarrhea have been reported.[Ref]

Two case reports of patients developing maculopapular pruritic rashes following administration of clopidogrel have been reported. The rash recurred in both patients after switching to ticlopidine. In one patient, rechallenge resulted in recurrence of the rash. These two cases illustrate the possibility of cross-sensitivity between thienopyridines.[Ref]

Dermatologic adverse effects have occurred frequently. Rash, generally maculopapular or urticarial, has been experienced in up to 15% of treated patients. At least one case of multiple fixed-drug eruptions, consisting of rash and generalized patches of hyperpigmentation, has been reported.[Ref]

Cholestatic jaundice has developed within 1 to 4 months of initiating therapy. Resolution of jaundice and normalization of hepatic enzymes concentrations occurred upon discontinuation of therapy.

Numerous cases of ticlopidine-induced cholestatic hepatitis have been reported. Time to the onset of hepatotoxicity is variable and ranges from 1 week to 6 months after initiating ticlopidine, 2 to 12 weeks in most patients. In one patient, hepatotoxicity appeared 1 month after discontinuing ticlopidine because of rash. Symptoms and liver abnormalities resolved following discontinuation of ticlopidine, typically within 1 to 3 months; however, recovery time may be protracted (i.e. more than 12 months). Cases of irreversible hepatic damage have not been reported.[Ref]

Hepatic side effects typically have been mild and have included reversible elevations in liver function tests (up to 4%). The incidence of cholestatic jaundice has increased. Postmarketing side effects have included hepatitis and hepatic necrosis.[Ref]

Reversible renal failure has been reported in patients receiving ticlopidine after stent implantation. Other postmarketing reports have included incidences of nephrotic syndrome.[Ref]

Side effects have occurred in up to 50% of patients. Generally, side effects have been mild and most frequently involved the gastrointestinal tract (30% to 40%). Diarrhea, rash, nausea, vomiting, gastric pain, and neutropenia were the primary cause of a 21% discontinuation rate. Asthenia and generalized pain have been reported.[Ref]

Nervous system side effects of dizziness, anorexia, and headache have been reported. Postmarketing reports of peripheral neuropathy have been noted.[Ref]

Postmarketing musculoskeletal side effects have included arthropathy and myositis. At least one case of ticlopidine-associated arthritis has been reported.[Ref]

9. Weisberg LA "The efficacy and safety of ticlopidine and aspirin in non-whites: analysis of a patient subgroup from the Ticlopidine Aspirin Stroke Study." Neurology 43 (1993): 27-31

12. Saltiel E, Ward A "Ticlopidine. A review of its pharmacodynamic and pharmacokinetic properties, and therapeutic efficacy in platelet-dependent disease states." Drugs 34 (1987): 222-62 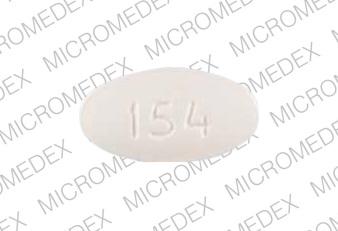