Note: This document contains side effect information about quinidine. Some dosage forms listed on this page may not apply to the brand name Quinaglute Dura-Tabs.

Active antiarrhythmic therapy has resulted in increased mortality; the risk is probably greatest in patients with structural heart disease.

Along with its needed effects, quinidine (the active ingredient contained in Quinaglute Dura-Tabs) may cause some unwanted effects. Although not all of these side effects may occur, if they do occur they may need medical attention.

Check with your doctor immediately if any of the following side effects occur while taking quinidine:

Some side effects of quinidine may occur that usually do not need medical attention. These side effects may go away during treatment as your body adjusts to the medicine. Also, your health care professional may be able to tell you about ways to prevent or reduce some of these side effects.

Quinidine side effects have varied from vague neurological and gastrointestinal complaints to myocardial toxicity. The most frequently reported symptoms have been diarrhea, nausea, and vomiting. The risk of toxicity is greater when plasma quinidine (the active ingredient contained in Quinaglute Dura-Tabs) concentrations exceed 4 mg/L.

Dose-related cinchonism may be the first sign of quinidine toxicity. Cinchonism refers to a syndrome caused by any of the cinchona alkaloids, including quinidine. It most often is a sign of chronic toxicity, but may occur after a single moderate dose in sensitive patients.[Ref]

Routine use following myocardial infarction is not recommended in view of the Cardiac Arrhythmia Suppression Trial (CAST) data.[Ref]

The use of quinidine to prevent atrial fibrillation in patients with chronic atrial fibrillation is somewhat controversial. A large, randomized, controlled study comparing quinidine to placebo has shown no difference in efficacy and no demonstrable reduction in overall mortality in treated patients. The crude mortality rate was greater in patients treated with quinidine relative to patients treated with placebo.[Ref]

A 76-year-old man developed progressive dysphagia to solids during quinidine (the active ingredient contained in Quinaglute Dura-Tabs) therapy. Upper endoscopy revealed a proximal narrowing, but no findings of cancer or infection. Quinidine pill esophagitis was suspected and the drug was discontinued. The lesion resolved one month later and did not recur.[Ref]

Nervous system side effects have included dizziness, headache, tremor, nervousness and coordination difficulties. Such symptoms may be part of the cinchonism syndrome and signs of quinidine (the active ingredient contained in Quinaglute Dura-Tabs) toxicity. The anticholinergic activity of quinidine may exacerbate myasthenia gravis. Convulsions have been reported, but the association with quinidine has not been clearly defined.[Ref]

An 85-year-old man with atrial flutter developed drowsiness, emesis, and icterus associated with elevated liver function tests and marked centrilobular cholestasis with mild bile duct inflammation per liver biopsy within ten days after beginning quinidine (the active ingredient contained in Quinaglute Dura-Tabs) therapy. There was no evidence of biliary obstruction per ultrasound. The signs and symptoms of hepatitis resolved after discontinuation of quinidine.

A 58-year-old man with paroxysmal atrial fibrillation developed fever, lethargy, nausea, and abdominal pain associated with elevated liver function tests and no serological evidence of a viral etiology within ten days after beginning quinidine therapy. No liver biopsy was performed. The signs and symptoms of hepatitis began to resolve within three days after discontinuation of quinidine.

Rare cases of reversible granulomatous hepatitis, presenting as fever, urticarial rash, elevated liver function tests, and mild thrombocytopenia have been associated with quinidine. In a long-term study of 15 patients with a history of quinidine-associated hepatitis, no persistent liver function abnormalities were observed.[Ref]

Hepatic toxicity associated with quinidine is believed primarily due to hypersensitivity to quinidine. Hypersensitivity-induced hepatitis has occurred in approximately 2% of patients, usually within the first two weeks of therapy. Jaundice occurred rarely. Resolution was complete in most cases within 4 to 8 weeks following discontinuation. Not all cases have resolved. Granulomatous hepatitis has been reported.[Ref]

A 66-year-old man with coronary artery disease developed photophobia and blurred vision while taking quinidine, metoprolol, furosemide, isosorbide, and digoxin. Slit-lamp examination revealed superficial granular deposits within the corneal epithelium; the epithelial surface was smooth and did not contain fluorescein upon staining. The corneal deposits disappeared within two months after discontinuing quinidine.[Ref]

Hematologic abnormalities including leukopenia, thrombocytopenia, and rare cases of leukocytosis have occurred.[Ref]

Cases of an IgG antibody requiring the presence of quinidine, with activity against leukocytes and platelets have been reported. In some cases, significant infection or hemorrhage resulted.

A 60-year-old man developed malaise, weakness, chills, and oral ulcerations within three days of beginning quinidine and digoxin for atrial fibrillation. Laboratory examination revealed a profoundly low leukocyte count and bone marrow aspiration revealed a hypocellular myeloid line. The neutrophil count returned to baseline within three days after discontinuation of quinidine and continuation of digoxin. The authors found eight other such cases in a review of medical literature.[Ref]

A 54-year-old man with a history of atrial fibrillation, treated with digoxin and quinidine sulfate, developed fever and malaise associated with nodular infiltrates on chest X-ray. His condition worsened despite treatment with an oral cephalosporin. A diagnostic evaluation ruled out heart failure; tests for typical and atypical infections were negative. Pulmonary function testing revealed mild restriction. Two days after stopping quinidine the signs and symptoms of pneumonitis resolved. Bronchoalveolar lavage and transbronchial biopsy revealed changes consistent with allergic pneumonitis. Rechallenge with quinidine resulted in recurrent signs and symptoms of allergic pneumonitis.[Ref]

A 57-year-old man with premature ventricular depolarizations developed a papular rash on his back and chest. Resolution was complete within four weeks of discontinuation of therapy. The patient was on no other oral medications.

An 83-year-old man developed a bluish-grey discoloration involving his skin, oral mucosa, and nailbeds which resolved over four months following discontinuation of quinidine (the active ingredient contained in Quinaglute Dura-Tabs) Other medications were continued.

A 64-year-old man with a history of convalescent psoriasis vulgaris experienced an exacerbation of psoriasis within 72 hours after initiating quinidine therapy. The psoriasis was refractory to aggressive PUVA therapy and resolved only when quinidine was discontinued.[Ref]

Dermatologic side effects including photosensitive rashes, psoriasis, abnormal pigmentation, and actinic dermatitis have been reported. Quinidine has been identified as a possible cause of lichen planus in susceptible patients.[Ref]

Immunologic side effects including systemic lupus erythematosus have been rarely associated with quinidine (the active ingredient contained in Quinaglute Dura-Tabs) therapy. Rare cases of quinidine-induced polyarthropathy without development of antinuclear antibodies have been reported.[Ref]

Approximately 30 cases of quinidine-induced systemic lupus erythematosus have been reported. The majority of patients were Caucasian and elderly, without gender difference. The most frequent complaint was polyarthralgias (87%).[Ref]

Renal side effects have been limited to rare reports of quinidine-induced nephrotic syndromes.[Ref]

A 63-year-old man receiving allopurinol for gout developed progressive uremia, proteinuria, edema, and purpura after beginning quinidine therapy. The patient required hemodialysis secondary to biopsy-proven, rapidly progressive glomerulonephritis. A macrophage migration-inhibition test was negative in the presence of both quinidine and allopurinol. Such tests may be falsely negative in the presence of uremia. The authors believed quinidine caused Henoch-Schonlein purpura in this patient based on a chronologic association and lack of allopurinol-associated problems following chronic therapy.[Ref]

Psychiatric side effects of depression have been associated with quinidine (the active ingredient contained in Quinaglute Dura-Tabs) Rare cases of acute psychosis and psychomotor agitation have been reported with subtherapeutic quinidine levels in elderly patients.[Ref]

A 73-year-old man with supraventricular tachycardia developed visual hallucinations, delusions, and psychomotor agitation within 90 minutes of the initial dose of quinidine. A serum quinidine level at the time was 0.8 mg/L (therapeutic 3 to 6 mg/L). The patient's mental status returned to baseline after discontinuation of quinidine.

A 67-year-old man with a supraventricular arrhythmia and hypertension developed psychosis and psychomotor hyperactivity within two hours after starting quinidine. A serum quinidine level at the time was 1 mg/L (therapeutic 3 to 6 mg/L). The patient's mental status returned to baseline after discontinuation of quinidine.[Ref]

8. Reimold SC, Chalmers TC, Berlin JA, Antman EM "Assessment of the efficacy and safety of antiarrhythmic therapy for chronic atrial fibrillation: observations on the role of trial design and implications of drug-related mortality." Am Heart J 124 (1992): 924-32 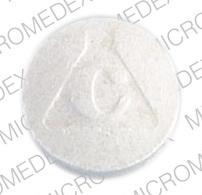