Note: This document contains side effect information about sumatriptan. Some of the dosage forms listed on this page may not apply to the brand name Imitrex.

Along with its needed effects, sumatriptan (the active ingredient contained in Imitrex) may cause some unwanted effects. Although not all of these side effects may occur, if they do occur they may need medical attention.

Check with your doctor immediately if any of the following side effects occur while taking sumatriptan:

Some side effects of sumatriptan may occur that usually do not need medical attention. These side effects may go away during treatment as your body adjusts to the medicine. Also, your health care professional may be able to tell you about ways to prevent or reduce some of these side effects.

Life-threatening disturbances of cardiac rhythm, such as ventricular tachycardia and ventricular fibrillation leading to death, and rare reports of acute myocardial infarction, have been reported within a few hours after administration of 5-HT1 agonists.

Another study of 125 patients concluded that panic-like symptoms may explain the chest pain and related side effects after sumatriptan administration in patients with high levels of anxiety.[Ref]

Cerebral hemorrhage, subarachnoid hemorrhage, and stroke have occurred with 5-HT1 treatment; some have resulted in fatalities. One case of sumatriptan-induced cortical stroke has been reported in a patient with sagittal sinus thrombosis. In some cases, it appears possible that the cerebrovascular events were primary, and the 5-HT1 agonist administered in the belief that presenting symptoms were due to migraine when they were not. Patients with migraine may also be at an increased risk of certain cerebrovascular events such as stroke, hemorrhage, and transient ischemic attacks.

Medication overuse headache may present as migraine-like headaches or as a marked increase in frequency of migraine attacks.

It is unclear whether the nausea and vomiting is related to sumatriptan (the active ingredient contained in Imitrex) therapy or to the underlying condition.

One report has suggested that "throat tightness" and chest pain associated with sumatriptan may sometimes be attributable to changes in esophageal motility.[Ref]

Burns and scars have been reported on the skin where the transdermal iontophoretic transdermal system has been worn. These reports describe severe redness, pain, skin discoloration, blistering, and cracked skin. On June 13, 2016, the manufacturer of the patch suspended sales and distribution of the patch to investigate the cause of these reports.[Ref]

Local irritative symptoms were reported in clinical trials with sumatriptan nasal spray in approximately 5% of patients, and were severe in about 1% of cases. Symptoms were noted as being transient and generally resolved in less than 2 hours.[Ref]

Uncommon (0.1% to 1%): Irritation of the eye, lacrimation, photophobia

Loss of vision included reports of permanent defects. Causality has not been established as visual disorders may occur during a migraine attack itself.[Ref]

Postmarketing reports: Shortness of breath (as part of hypersensitivity reaction)[Ref]

The consequences of repeated and prolonged use of the nasal spray on nasal and/or respiratory mucosa have not been established.[Ref] 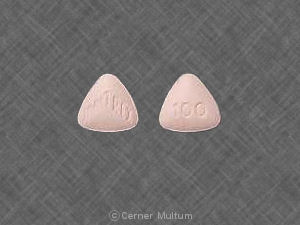