Note: This document contains side effect information about rilpivirine. Some of the dosage forms listed on this page may not apply to the brand name Edurant.

Along with its needed effects, rilpivirine (the active ingredient contained in Edurant) may cause some unwanted effects. Although not all of these side effects may occur, if they do occur they may need medical attention.

Check with your doctor immediately if any of the following side effects occur while taking rilpivirine:

Some side effects of rilpivirine may occur that usually do not need medical attention. These side effects may go away during treatment as your body adjusts to the medicine. Also, your health care professional may be able to tell you about ways to prevent or reduce some of these side effects.

The most common side effects reported from monthly and every 2 month IM dosing studies were injection site reactions, headache, and pyrexia.

Most side effects occurred in the first 48 weeks of oral therapy. The most common side effects (at least moderate severity) were depression, headache, insomnia, increased transaminases, and rash. This drug was discontinued due to side effects in 2% of patients.

During phase 3 trials, 3% of patients using this drug reported at least grade 2 therapy-related rashes; most rashes were grade 1 or 2 and developed in the first 4 to 6 weeks of therapy.[Ref]

In the pooled phase 3 trials, at week 96, there was an overall mean change from baseline in basal cortisol of -19.1 nmol/L (-0.69 mcg/dL) in the rilpivirine (the active ingredient contained in Edurant) group, and of -0.6 nmol/L (-0.02 mcg/dL) in the efavirenz group. At week 96, the mean change from baseline in ACTH-stimulated cortisol levels was lower in the rilpivirine group (+18.4 nmol/L) than in the efavirenz group (+54.1 nmol/L). Mean values for both basal and ACTH-stimulated cortisol values at week 96 were within the normal range.

Overall, there were no serious side effects, deaths, or treatment discontinuations that could clearly be attributed to adrenal insufficiency.[Ref]

During clinical studies, elevated lipases were observed with this drug plus cabotegravir; grade 3 and 4 lipase increases occurred at a higher incidence with this drug plus cabotegravir compared with current antiretroviral therapy. These elevations were generally asymptomatic and did not lead to discontinuation of therapy. A case of fatal pancreatitis with grade 4 lipase and confounding factors (including history of pancreatitis) was reported in 1 study; causality to the injection regimen could not be ruled out.[Ref]

The incidence of hepatic enzyme elevation was greater in patients coinfected with hepatitis B and/or C virus compared with uninfected patients.

During clinical studies, elevated transaminases (ALT/AST) were observed with this drug plus cabotegravir; these elevations were primarily attributed to acute viral hepatitis. A few patients on oral therapy (rilpivirine plus cabotegravir) had transaminase elevations attributed to suspected drug-related hepatotoxicity; these changes were reversible when therapy was stopped.

Small, nonprogressive increases in total bilirubin (without clinical jaundice) were observed with this drug plus cabotegravir; these changes were not considered clinically relevant as they likely reflected competition between cabotegravir and unconjugated bilirubin for a common clearance pathway (UGT1A1).[Ref]

Injection site reactions (ISRs) were the most common side effects associated with the IM administration of this drug; up to 1% of patients discontinued treatment with rilpivirine (the active ingredient contained in Edurant) and cabotegravir injections due to ISRs. ISRs were generally of mild (grade 1: up to 75%) or moderate (grade 2: up to 36%) severity; up to 4% of patients had severe (grade 3) ISRs. The median duration of overall ISR events was 3 days. The percentage of patients reporting ISRs decreased over time.[Ref]

Uncommon (0.1% to 1%): Vasovagal reactions (in response to injections)[Ref]

At 48 weeks in 2 studies, patients who received this drug plus cabotegravir gained 1.5 kg (median) in weight, while patients who continued their current antiretroviral therapy gained 1 kg (median) in weight (pooled analysis). In the individual studies, the median weight gains in the arms with this drug plus cabotegravir were 1.3 and 1.8 kg, respectively, compared to 1.5 and 0.3 kg in the arms with current antiretroviral therapy. In another study, the median weight gain at 48 weeks was 1 kg in both the monthly and 2-monthly rilpivirine plus cabotegravir dosing arms.[Ref]

During phase 3 trials through 96 weeks, depressive disorders (regardless of causality, severity) were reported in 9% of patients.[Ref] 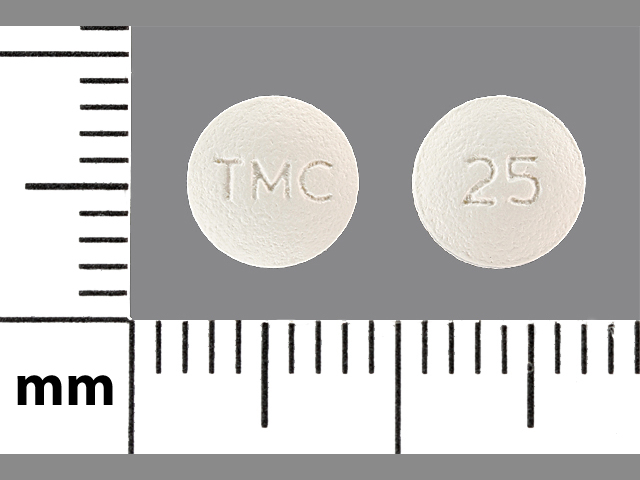