Adjuncts to dietary therapy in the management of severe hypertriglyceridemia. Efficacy in reducing risk of pancreatitis in patients with marked elevations in triglyceride concentrations (i.e., >2000 mg/dL) not established.

AHA/ACC cholesterol management guideline states that lifestyle modification is the foundation of cardiovascular risk reduction. If pharmacologic therapy is needed, statins are first-line drugs of choice because of their demonstrated benefits in reducing risk of atherosclerotic cardiovascular disease (ASCVD). Nonstatin drugs may be considered as adjunctive therapy in certain high-risk patients, but other drugs (e.g., ezetimibe) are generally recommended. Although fibrates have mild LDL-lowering effects, randomized controlled studies do not support their use as add-on therapy to statins.

If fibrate therapy is necessary in a statin-treated patient, AHA/ACC states that it is safer to use fenofibrate than gemfibrozil because of lower risk of severe myopathy.

Commercially available in several different preparations with varying dosage strengths ranging from low-dose (40–67 mg) to higher-dose (120–200 mg) formulations. With exception of generic equivalents, these preparations are not bioequivalent and vary substantially with respect to food effects and potency.

Adjust dosage at intervals of 4–8 weeks until the desired effect on lipoprotein concentrations is observed or maximum recommended dosages are reached.

The following dosage adjustments are recommended in patients with mild to moderate renal impairment:

Triglide (fenofibrate) tablets: Manufacturer states to avoid use in patients with mild to moderate renal impairment.

Select dosage based on renal function. (See Renal Impairment under Dosage and Administration and also under Cautions.) No dosage adjustment is required in geriatric patients with normal renal function.

Acute hypersensitivity reactions including angioedema and anaphylaxis reported in some patients receiving fenofibrate. Some cases were life-threatening and required emergency treatment.

If a patient develops signs and symptoms of an acute hypersensitivity reaction, discontinue drug and seek immediate medical attention.

If such reactions occur, discontinue drug and treat patients appropriately.

Effects on Morbidity and Mortality

Because fenofibrate and fenofibric acid are chemically, pharmacologically, and clinically similar to other fibric acid derivatives (e.g., gemfibrozil, clofibrate [no longer commercially available in US]), adverse findings with these other drugs (i.e., increased incidence of cholelithiasis, cholecystitis requiring surgery, postcholecystectomy complications, malignancy, pancreatitis, and gallbladder disease, and increased overall mortality) also may apply to fenofibrate and fenofibric acid.

Serious muscle toxicity, including myopathy and rhabdomyolysis, reported in patients receiving fibric acid derivatives. Risk appears to be increased in geriatric patients and in patients with diabetes mellitus, renal impairment, or hypothyroidism. Concomitant use with statins or other drugs (e.g., colchicine) also may increase risk. (See Interactions.)

Discontinue therapy if serum CK concentrations become markedly elevated or if myositis/myopathy is suspected or diagnosed.

Pancreatitis reported with fenofibrate, fenofibric acid, and other fibric acid derivatives; may be due to progression of hypertriglyceridemia (i.e., resulting from failure of response to therapy in patients with severe hypertriglyceridemia), a direct effect of the drug, or a secondary effect (e.g., biliary tract stone or sludge formation leading to obstruction of the common bile duct).

Use during pregnancy only if potential benefits justify potential risks to fetus.

Risk of adverse effects may be increased in patients ≥65 years of age because of potentially decreased renal function in these patients. Select dosage based on renal function. (See Geriatric Patients and also Renal Impairment under Dosage and Administration.) Consider monitoring renal function.

Not evaluated in patients with hepatic impairment.

Well absorbed from the GI tract.

Effects of food vary based on formulation.

Administration of some formulations (e.g., TriCor tablets, Triglide tablets) with food did not substantially alter AUC of fenofibric acid.

Administration of Fenoglide tablets with a high-fat meal increased peak plasma concentrations of the drug by 44% but had no effect on systemic exposure.

Administration of Lipofen micronized capsules with food increased extent of absorption by approximately 58 or 25% under high-fat or low-fat conditions, respectively, compared with the fasting state.

Fenofibric acid: Excreted in urine (60%) as metabolites and in feces (approximately 25%).

Mild to moderate renal impairment: Half-life of fenofibric acid prolonged, but systemic exposure similar to that observed in individuals with normal renal function. 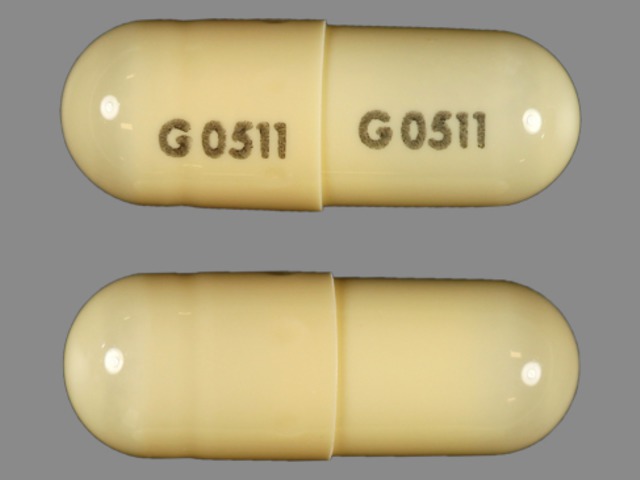