Cyclophosphamide may be used alone in susceptible malignancies, but more often is used in combination or sequentially with other antineoplastic agents.

Treatment of Hodgkin’s disease as part of a combination regimen.

Treatment of various types of non-Hodgkin’s lymphoma, including high-grade (e.g., Burkitt’s, lymphoblastic) lymphomas and intermediate- or low-grade lymphomas, as part of a combination regimen.

Treatment of low-grade non-Hodgkin’s lymphomas as a single agent.

Treatment of multiple myeloma, with prednisone or as part of a combination regimen.

As effective as melphalan; combination of either agent with prednisone is considered a treatment of choice.

Used with busulfan as a conditioning regimen prior to allogeneic hematopoietic progenitor (e.g., stem) cell transplantation in patients with chronic myelogenous leukemia.

Treatment of acute myeloid (myelogenous, nonlymphocytic) leukemia (AML, ANLL) and as an additional drug for induction or post-induction therapy.

In meningeal leukemia, concentrations of cyclophosphamide and metabolites in brain and CSF probably are insufficient for adequate treatment.

Treatment of advanced mycosis fungoides, a form of cutaneous T-cell lymphoma, alone or in combination regimens.

Treatment of disseminated neuroblastoma; a treatment of choice when included in combination chemotherapy.

Treatment of retinoblastoma as part of a combination regimen.

Treatment of breast cancer as part of a combination regimen; some experts suggest that such regimens are the treatment of choice.

Adjunct to surgery in combination regimens; such regimens increase disease-free (i.e., decreased recurrence) and overall survival in premenopausal and postmenopausal women with node-negative or -positive early (TNM stage I or II) breast cancer. Cyclophosphamide–methotrexate–fluorouracil regimen has been used extensively and is considered a regimen of choice.

Regimens for stage III disease (and other regimens) also have been used to treat more advanced (stage IV) and recurrent breast cancer.

Treatment of rhabdomyosarcoma†; used in combination regimens (e.g., with dactinomycin and vincristine) and as an adjunct to surgery and radiation therapy.

Used in combination regimens for Ewing’s sarcoma† as an adjunct to surgery and radiation therapy; considered a treatment of choice.

Not for initial therapy; has induced remission in patients unresponsive to appropriate corticosteroid therapy or in whom intolerable adverse effects (e.g., growth failure) occur.

Because of the potential for serious adverse effects, some experts recommend reserving immunosuppressive use of cyclophosphamide for patients who become refractory to corticosteroids or other less toxic agents, or limiting such use to short-term treatment when feasible.

Administer orally or by IV injection or infusion.

Has been administered IM and by intracavitary (e.g., intrapleural, intraperitoneal) injection and direct perfusion, but some experts believe the drug should not be administered via routes that bypass activation in the liver.

May prepare extemporaneous oral liquid preparations of the drug by dissolving powder for injection in aromatic elixir. (See Stability.)

Shake vial after adding diluent; allow vial to stand a few minutes if powder fails to dissolve immediately and completely.

Solution constituted with sterile water for injection is hypotonic; do not inject directly. Dilute with a compatible IV solution prior to IV infusion. (See Solution Compatibility under Stability.)

Dosage of cyclophosphamide expressed in terms of the anhydrous drug.

Use caution with high dosages; risk of toxicity (e.g., cardiotoxicity) and overdosage.

At higher than usual dosages (e.g., those used under protocol conditions), use particular care to verify dosage, administration schedule, and use of appropriate monitoring.

When used in combination with other cytotoxic agents, may need to reduce dosage of cyclophosphamide and other agents.

Usual induction or maintenance dosage is 1–5 mg/kg daily. Various other regimens have been reported.

As a single oncolytic agent in patients with no hematologic deficiencies: manufacturer states that usual initial dosage for induction therapy is 40–50 mg/kg given in divided doses over a period of 2–5 days.

Other IV regimens include 10–15 mg/kg every 7–10 days or 3–5 mg/kg twice weekly. Various other regiments have been reported.

May taper and discontinue corticosteroid therapy during the course of cyclophosphamide.

Usual induction or maintenance dosage is 1–5 mg/kg daily. Various other regimens have been reported.

As a single oncolytic agent in patients with no hematologic deficiencies: manufacturer states that usual initial dosage for induction therapy is 40–50 mg/kg given in divided doses over a period of 2–5 days.

Other IV regimens include 10–15 mg/kg every 7–10 days or 3–5 mg/kg twice weekly. Various other regimens have been reported.

Adjust dosage according to tumor response and/or leukopenia, use total leukocyte count to guide adjustment.

Regimen containing oral cyclophosphamide in combination with IV fluorouracil and IV methotrexate is described in the table.

Total of 6–12 cycles (i.e., 6–12 months of therapy); clinical superiority between 6- versus 12-month regimens not demonstrated.

Initial fluorouracil and methotrexate dosages have been reduced in patients >60 years of age. (See Geriatric Patients under Dosage and Administration.)

In patients with early breast cancer and >3 positive axillary lymph nodes, addition of doxorubicin may improve outcome, and sequential regimens (i.e., administering several courses of doxorubicin first) may be more effective than alternating regimens; no additional benefit when <3 positive nodes are present.

Total of about 9 months of therapy.

Generally, patients with myelosuppression had next cycle delayed rather than reduction in dosage.

In males, treatment for >60 or >90 days increases incidence of oligospermia and azoospermia or risk of sterility, respectively. (See Minimal Change Nephrotic Syndrome under Dosage and Administration.)

Use only under constant supervision by clinicians experienced in cytotoxic agent therapy.

Secondary malignancies, most frequently urinary bladder, myeloproliferative, and lymphoproliferative, have occurred with monotherapy, combination therapy, or adjunctive therapy; may not be detected until several years after discontinuance.

May cause fetal toxicity when administered to pregnant women.

Inform pregnant women of the potential hazard to the fetus; advise women of childbearing potential to avoid becoming pregnant. (See Pregnancy under Cautions.)

Interferes with oogenesis and spermatogenesis; amenorrhea, azoospermia, oligospermia, and ovarian fibrosis have been reported, and sterility may be irreversible in some men and women.

Inform patients of possible fertility impairment and counsel on fertility options prior to therapy whenever possible.

Sterile hemorrhagic cystitis has been reported (especially in children) with long-term therapy; rarely can be severe or fatal.

Attributed to chemical irritation by accumulation of cyclophosphamide active metabolites in concentrated urine.

For prevention, instruct patients to increase fluid intake for 24 hours before, during, and for at least 24 hours following cyclophosphamide administration, and to void frequently for 24 hours after receiving the drug.

May use mesna (sodium 2-mercaptoethanesulphonate) to prevent or substantially decrease severity of urothelial toxicity (e.g., hemorrhagic cystitis). Mesna is at least as effective as, and generally more effective than, hydration and forced diuresis, but not effective in all patients. Mesna also is uroprotective in patients with a history of bladder toxicity with cyclophosphamide or ifosfamide use.

Examine urine regularly for presence of red cells, which may precede hemorrhagic cystitis.

If hemorrhagic cystitis occurs, discontinue cyclophosphamide and, if possible, do not resume.

Hematuria usually resolves spontaneously within a few days after drug discontinuance, but may persist for several months.

Protracted cases have been treated with 1–10% formaldehyde irrigations, electrocautery to the telangiectatic areas of the bladder, diversion of urine flow, and cryosurgery.

Bladder fibrosis (sometimes extensive), with or without cystitis.

Uncommon at usual dosages. Generally reported with high dosages (120–270 mg/kg over a few days or 60 mg/kg daily) in an intensive, multiple-drug antineoplastic regimen or in conjunction with transplantation procedures.

High-dose monotherapy or combination regimens have resulted in deaths from diffuse hemorrhagic myocardial necrosis and a syndrome of acute myopericarditis; rarely, severe (sometimes fatal) CHF has occurred within a few days after the first cyclophosphamide dose.

Hemopericardium secondary to hemorrhagic myocarditis and myocardial necrosis, and pericarditis without evidence of hemopericardium reported.

AMI has occurred with conventional doses of cyclophosphamide in conjunction with vincristine when there was no known history of cardiac disease.

Precise mechanism of cardiotoxicity not known; drug and/or metabolites may affect the endothelium directly (secondary extravasation of blood with high cyclophosphamide concentrations) or (with high doses) the antidiuretic effect may contribute.

Monitor for indicators of cardiotoxicity (e.g., sudden weight gain, ECG abnormalities, dyspnea, and/or other CHF signs) when higher than usual dosages are used.

Carefully monitor hematologic status at least weekly for first few months of therapy or until maintenance dosage is determined, then every 2–3 weeks.

Use dose-related leukopenia as a guide to adjusting dosage; leukocyte count reduction to <2000/mm3 is common with initial loading dose, less frequent with smaller maintenance doses.

Transient reductions in leukocyte count to 2000/mm3 (during short courses of treatment) or more persistent reductions to 3000/mm3 (with continuing therapy) may be tolerated without serious risk of infection if marked granulocytopenia is not present.

Possible cross-sensitivity with other alkylating agents.

Leukopenia is expected, may be severe; nadirs generally occur 8–15 days after a single dose of cyclophosphamide and recovery usually occurs within 17–28 days.

High dosages over prolonged periods may cause potentially fatal interstitial pulmonary fibrosis; cyclophosphamide discontinuance and administration of corticosteroids occasionally has failed to reverse the syndrome.

Interstitial pneumonitis also has been reported.

Monitor closely for possible toxicity and administer cautiously in presence of severe leukopenia, thrombocytopenia, tumor cell infiltration of bone marrow, impaired hepatic or renal function, or with history of previous radiation or other cytotoxic agent therapy.

In adrenalectomized patients, adjustment of both replacement corticosteroid and cyclophosphamide dosages may be necessary.

May interfere with normal wound healing.

Manufacturers states that the safety profile in children is similar to that observed in adults. Children receiving large doses of cyclophosphamide are at high risk for long-term gonadal damage and infertility. (See Fertility under Warnings.)

Use with caution. Monitor closely for possible toxicity.

Use with caution. Monitor closely for possible toxicity.

Other drugs may inhibit microsomal enzyme activity and metabolism of cyclophosphamide.

Distributed throughout the body.

Distributed into brain and CSF, but concentrations probably not sufficient to treat meningeal leukemia.

Assumed to cross the placenta; distributed into milk.

Aldophosphamide may be metabolized to carboxyphosphamide (inactive); also to phosphoramide mustard and acrolein (may account for cytotoxic effects).

In patients with renal impairment, metabolite levels are increased; no associated increased toxicity.

Tight containers at 25°C (may be exposed briefly to temperatures up to 30°C); protect from >30°C.

Temperature fluctuations during storage or transport may result in melting of the vial contents; visually inspect vials and discard any with signs of melting (clear or yellowish viscous liquid in droplets or as a connected phase).

In 0.9% sodium chloride injection or sterile water for injection: stable for 24 hours at room temperature or 6 days at 2–8°C. 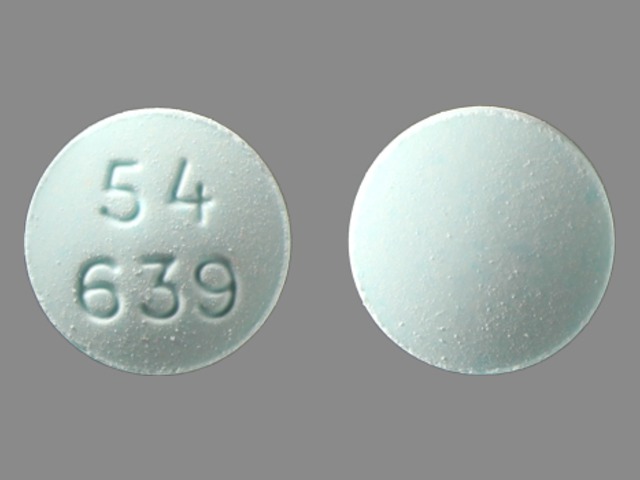