There are 4 disease interactions with mefloquine.

The use of mefloquine for malaria prophylaxis is contraindicated in patients with active depression, a recent history of depression, generalized anxiety disorder, psychosis, schizophrenia, or other major psychiatric disorders. Mefloquine may cause psychiatric symptoms in some patients, including agitation, anxiety, depression, mood changes, panic attacks, paranoia, confusion, hallucinations, aggression, and psychotic behavior. Occasionally, these symptoms have been reported to continue long after mefloquine has been withdrawn due to its long half-life. Rare cases of suicidal ideation and suicide have occurred during mefloquine use, although a causal relationship has not been established. Therapy with mefloquine should be administered cautiously in patients with a previous history of depression. Psychiatric symptoms that occur during prophylactic use such as acute anxiety, depression, restlessness, or confusion should be considered prodromal to a more serious event, and the drug must be discontinued and an alternative medication substituted.

The use of mefloquine for malaria prophylaxis is contraindicated in patients with a history of seizures. Mefloquine can increase the risk of convulsions in patients with epilepsy and may lower the plasma levels of some anticonvulsant medications. Therefore, it should only be prescribed for curative treatment of malaria in such patients and only if there are compelling medical reasons for its use.

Mefloquine is a myocardial depressant. Animal studies with parenteral mefloquine indicate that the drug possesses 20% of the antifibrillatory action of quinidine and produces 50% of the increase in the PR interval reported with quinine. The effect of mefloquine on the compromised cardiovascular system has not been evaluated. However, transient and asymptomatic ECG alterations have been reported during the use of mefloquine, including sinus bradycardia, sinus arrhythmia, first-degree AV block, prolongation of the QTc interval, and abnormal T waves. In postmarketing use, hypotension, hypertension, flushing, syncope, chest pain, tachycardia, palpitation, bradycardia, irregular pulse, extrasystoles, AV block, and other transient cardiac conduction alterations have been reported rarely. Therapy with mefloquine should be administered cautiously in patients with cardiac disease and only if potential benefits justify the risks.

There are 383 drug interactions with mefloquine.

There is 1 alcohol/food interaction with mefloquine. 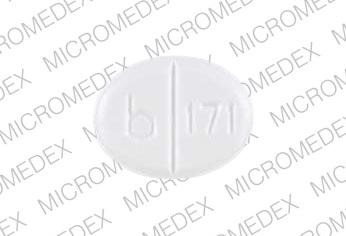