Biktarvy: 7 things you should know

Biktarvy is a combination tablet that contains three antiviral agents which may be used to treat HIV-1 in adults and children weighing more than 25kg (55lb). It is generally well-tolerated and the most common side effects reported are diarrhea, nausea, and a headache. Research has shown that after 48 weeks Biktarvy reduced HIV-1 viral load to ＜50 copies/mL in over 92 % of patients and to＜20 copies/mL in over 87% of people.

Medicines that interact with Biktarvy may either decrease its effect, affect how long it works for, increase side effects, or have less of an effect when taken with Biktarvy. An interaction between two medications does not always mean that you must stop taking one of the medications; however, sometimes it does. Speak to your doctor about how drug interactions should be managed.

Biktarvy interacts with over 360 drugs and most of these interactions are considered moderate or major. Common medications that may interact with Biktarvy include:

Because emtricitabine and tenofovir, two components of Biktarvy, are primarily excreted by the kidneys, coadministration of Biktarvy with drugs that are eliminated through the kidneys may increase the risk of adverse effects. Examples include acyclovir, cidofovir, ganciclovir, valacyclovir, valganciclovir, aminoglycosides (e.g., gentamicin), and high-dose or multiple nonsteroidal antiinflammatory drugs (NSAIDs) such as ibuprofen or naproxen.

Note that this list is not all-inclusive and includes only common medications that may interact with Biktarvy. You should refer to the prescribing information for Biktarvy for a complete list of interactions.

Remember, keep this and all other medicines out of the reach of children, never share your medicines with others, and use Biktarvy only for the indication prescribed. 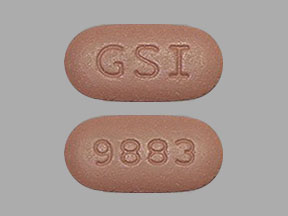