Note: This document contains side effect information about zidovudine. Some dosage forms listed on this page may not apply to the brand name Retrovir.

Common side effects of Retrovir include: headache, nausea, neutropenia, vomiting, anemia, anorexia, and malaise. Continue reading for a comprehensive list of adverse effects.

Zidovudine has been associated with hematologic toxicity, including neutropenia and severe anemia, particularly in patients with advanced HIV disease. Prolonged use of zidovudine has been associated with symptomatic myopathy. Lactic acidosis and severe hepatomegaly with steatosis, including fatal cases, have been reported. Suspend treatment if clinical or laboratory findings suggestive of lactic acidosis or pronounced hepatotoxicity occur.

Serious side effects of Retrovir

Along with its needed effects, zidovudine (the active ingredient contained in Retrovir) may cause some unwanted effects. Although not all of these side effects may occur, if they do occur they may need medical attention.

Check with your doctor immediately if any of the following side effects occur while taking zidovudine:

Other side effects of Retrovir

Some side effects of zidovudine may occur that usually do not need medical attention. These side effects may go away during treatment as your body adjusts to the medicine. Also, your health care professional may be able to tell you about ways to prevent or reduce some of these side effects.

Hematologic toxicity (including neutropenia and severe anemia) has been reported, mostly in patients with advanced HIV-1 disease.

Exacerbation of anemia due to ribavirin has been reported when this drug was part of the HIV-1 regimen.[Ref]

In 1 case of drug-associated fever, no source of infection was found after an extensive evaluation, but an anti-zidovudine immunoglobulin was isolated, indicating a possible hypersensitivity reaction.

This drug has been associated with lower levels of vitamins B2 and C, folate, and zinc despite adequate dietary intake.[Ref]

A patient with preexisting hepatitis B developed acute hepatic failure 2 weeks after starting this drug.

Myopathy, myositis, muscle tenderness, and weakness in the arms and legs have been reported and were generally associated with an elevation in serum creatine kinase.

In 1 study, myalgias and elevated creatine kinase occurred in 8% of treated patients with a CD4 cell count less than 200/mm3, and in none of the patients with higher CD4 cell counts. Dose reduction has not affected the course of myopathy, although drug discontinuation sometimes resulted in improvement of symptoms, generally within a month. Muscle biopsy has shown atrophic and sometimes necrotic fibers, ragged-red fibers, and large accumulations of mitochondrial and fibrillar sarcoplasmic inclusions.

Myopathy and myositis with pathological changes, similar to that produced by HIV-1 disease, have been associated with prolonged use of this drug.[Ref]

Bluish or brownish-black discoloration of nails has developed during the first month or 2 of therapy and usually disappeared within 2 months if the drug was discontinued. Discoloration has occurred as longitudinal streaks or transverse bands.[Ref]

A case of macular edema in a patient with a history of anterior uveitis secondary to syphilis has been reported.[Ref]

19. Rarick MU, Espina B, Montgomery T, et al. "The long-term use of zidovudine in patients with severe immune-mediated thrombocytopenia secondary to infection with HIV." AIDS 5 (1991): 1357-61

20. Cooper DA, Pedersen C, Auiti F, et al. "The efficacy and safety of zidovudine with or without acyclovir in the treatment of patients with AIDS-related complex." AIDS 5 (1991): 933-43 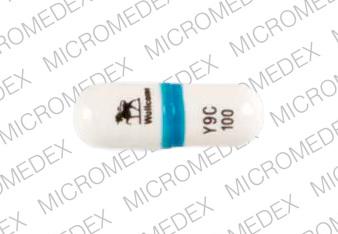