Note: This document contains side effect information about finasteride. Some of the dosage forms listed on this page may not apply to the brand name Propecia.

More frequent side effects include: impotence and decreased libido. See below for a comprehensive list of adverse effects.

Along with its needed effects, finasteride (the active ingredient contained in Propecia) may cause some unwanted effects. Although not all of these side effects may occur, if they do occur they may need medical attention.

Check with your doctor immediately if any of the following side effects occur while taking finasteride:

Some side effects of finasteride may occur that usually do not need medical attention. These side effects may go away during treatment as your body adjusts to the medicine. Also, your health care professional may be able to tell you about ways to prevent or reduce some of these side effects.

Two hundred fourteen reports of gynecomastia in men taking finasteride (the active ingredient contained in Propecia) in the United States were received by the FDA between June 1992 and February 1995. Among those reported, fifty eight percent were taking additional medications that have been associated with gynecomastia. Sixty nine of 86 patients who discontinued finasteride treatment had partial or complete remission.

New reports of drug-related sexual adverse experiences have been reported to decrease with duration of therapy.

Most men were older and were taking concomitant medications and/or had comorbid conditions:

PSA levels are commonly used in the screening process for prostate cancer. Patients who develop sustained increases in PSA while on finasteride therapy should be carefully evaluated for medical causes as well as noncompliance.[Ref]

A 58 year old man presented with an itchy, lumpy rash on upper and lower extremities following two weeks of finasteride treatment for prostatism. The patient had no known allergies and was taking no other medications prior to the episode. The finasteride was discontinued and dapsone was initiated. The rash resolved two weeks after finasteride therapy was stopped.[Ref]

Frequency not reported: Pruritus, urticaria, angioedema of the lips, tongue, throat, and face[Ref] 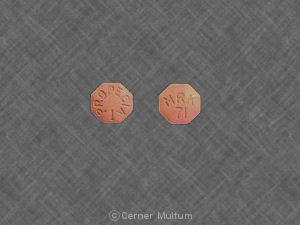