Note: This document contains side effect information about cobicistat / darunavir. Some of the dosage forms listed on this page may not apply to the brand name Prezcobix.

Along with its needed effects, cobicistat / darunavir may cause some unwanted effects. Although not all of these side effects may occur, if they do occur they may need medical attention.

Check with your doctor immediately if any of the following side effects occur while taking cobicistat / darunavir:

Some side effects of cobicistat / darunavir may occur that usually do not need medical attention. These side effects may go away during treatment as your body adjusts to the medicine. Also, your health care professional may be able to tell you about ways to prevent or reduce some of these side effects.

The manufacturer product information for cobicistat and darunavir should be consulted.[Ref]

In clinical trials with darunavir/ritonavir and darunavir/cobicistat, rashes were generally mild-to-moderate, often occurring within the first 4 weeks of therapy and resolving with continued use. The pooled data of a trial using darunavir 800 mg plus cobicistat 150 mg once a day with other antiretrovirals and an arm of a trial using this drug once a day with other antiretrovirals, therapy was discontinued due to rash in 1.9% of patients.[Ref]

Increased creatinine (grade 2) was reported in 3.2% of patients.

Within 7 days after starting cobicistat 150 mg in a phase I trial, estimated glomerular filtration rate (eGFR) change from baseline averaged -9.9 mL/min in patients with normal renal function (eGFR at least 80 mL/min [calculated by Cockcroft-Gault method]) and -11.9 mL/min in patients with mild to moderate renal dysfunction (eGFR 50 to 79 mL/min [calculated by Cockcroft-Gault method]). These eGFR decreases were reversible after cobicistat was discontinued and did not affect the actual glomerular filtration rate.

Renal impairment (including acute renal failure and Fanconi syndrome) has been reported when cobicistat was used in a regimen containing tenofovir.[Ref] 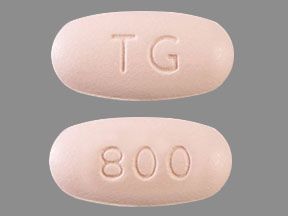