Sevelamer carbonate tablet is indicated for the control of serum phosphorus in adults and children 6 years of age and older with chronic kidney disease (CKD) on dialysis.

Starting Dose for Pediatric Patients Not Taking a Phosphate Binder. The recommended starting dose for pediatric patients 6 years of age and older is 0.8 g to 1.6 g taken three times per day with meals based on the patient’s body surface area (BSA) category; see Table 2.

Switching between Sevelamer Carbonate Tablets and Powder. Use the same dose in grams.

Tablets: White to off white capsule shaped film coated tablets imprinted with “A800” on one side and plain on the other side.

Sevelamer Carbonate Tablets are contraindicated in patients with bowel obstruction.

Sevelamer Carbonate Tablets are contraindicated in patients with known hypersensitivity to sevelamer carbonate, sevelamer hydrochloride, or to any of the excipients.

Cases of dysphagia and esophageal tablet retention have been reported in association with use of the tablet formulation of sevelamer, some requiring hospitalization and intervention. Consider using sevelamer suspension in patients with a history of swallowing disorders.

Based on studies of 8 to 52 weeks, the most common reason for withdrawal from sevelamer hydrochloride was gastrointestinal adverse reactions (3% to 16%).

Because these reactions are reported voluntarily from a population of uncertain size, it is not always possible to reliably estimate their frequency or to establish a causal relationship to drug exposure.

The following adverse reactions have been identified during postapproval use of sevelamer hydrochloride or sevelamer carbonate: hypersensitivity, pruritus, rash, abdominal pain, bleeding gastrointestinal ulcers, colitis, ulceration, necrosis, fecal impaction, and uncommon cases of ileus, intestinal obstruction, and intestinal perforation. Appropriate medical management should be given to patients who develop constipation or have worsening of existing constipation to avoid severe complications.

There are no empirical data on avoiding drug interactions between Sevelamer Carbonate Tablets and most concomitant oral drugs. For oral medication where a reduction in the bioavailability of that medication would have a clinically significant effect on its safety or efficacy (e.g., cyclosporine, tacrolimus, levothyroxine), consider separation of the timing of the administration of the two drugs [see Clinical Pharmacology (12.3)] . The duration of separation depends upon the absorption characteristics of the medication concomitantly administered, such as the time to reach peak systemic levels and whether the drug is an immediate-release or an extended-release product. Where possible consider monitoring clinical responses and/or blood levels of concomitant drugs that have a narrow therapeutic range.

Sevelamer carbonate is not absorbed systemically following oral administration and maternal use is not expected to result in fetal exposure to the drug.

In pregnant rats given dietary doses of 0.5, 1.5, or 4.5 g/kg/day of sevelamer hydrochloride during organogenesis, reduced or irregular ossification of fetal bones, probably due to a reduced absorption of fat-soluble vitamin D, occurred in mid and high-dose groups (human equivalent doses approximately equal to 3-4 times the maximum clinical trial dose of 13 g). In pregnant rabbits given oral doses of 100, 500, or 1000 mg/kg/day of sevelamer hydrochloride by gavage during organogenesis, an increase of early resorptions occurred in the high-dose group (human equivalent dose twice the maximum clinical trial dose).

Sevelamer carbonate tablet is not absorbed systemically by the mother following oral administration, and breastfeeding is not expected to result in exposure of the child to Sevelamer Carbonate Tablets.

The safety and efficacy of Sevelamer Carbonate Tablets in lowering serum phosphorus levels was studied in patients 6 years of age and older with CKD. In this study, Sevelamer Carbonate Tablets was apparently less effective in children with a low baseline serum phosphorus, which described children <13 years of age and children not on dialysis. Given its mechanism of action, sevelamer carbonate tablet is expected to be effective in lowering serum phosphorus levels in pediatric patients with CKD. Most adverse events that were reported as related, or possibly related, to sevelamer carbonate were gastrointestinal in nature. No new risks or safety signals were identified with the use of sevelamer carbonate in the trial.

Sevelamer carbonate tablet has not been studied in pediatric patients below 6 years of age.

Clinical studies of Sevelamer Carbonate Tablets did not include sufficient numbers of subjects aged 65 and over to determine whether they respond differently from younger subjects. Other reported clinical experience has not identified differences in responses between the elderly and younger patients. In general, dose selection for an elderly patient should be cautious, usually starting at the low end of the dosing range. 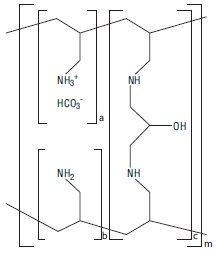 Sevelamer Carbonate Tablets contains sevelamer carbonate, a non-absorbed phosphate-binding cross-linked polymer, free of metal and calcium. It contains multiple amines separated by one carbon from the polymer backbone. These amines exist in a protonated form in the intestine and interact with phosphate molecules through ionic and hydrogen bonding. By binding phosphate in the gastrointestinal tract and decreasing absorption, sevelamer carbonate lowers the phosphate concentration in the serum (serum phosphorus).

In addition to effects on serum phosphorus levels, sevelamer hydrochloride has been shown to bind bile acids in vitro and in vivo in experimental animal models. Because sevelamer binds bile acids, it may interfere with normal fat absorption and thus may reduce absorption of fat soluble vitamins such as A, D and K. In clinical trials of sevelamer hydrochloride, both the mean total and LDL cholesterol declined by 15%-31%; the clinical significance of this finding, which was observed after 2 weeks, is unclear. Triglycerides, HDL cholesterol, and albumin did not change.

Coadministered single dose of 2.8 grams of sevelamer hydrochloride in fasted state decreased the bioavailability of ciprofloxacin by approximately 50% in healthy subjects.

Concomitant administration of sevelamer and mycophenolate mofetil in adult and pediatric patients decreased the mean MPA Cmax and AUC0-12h by 36% and 26%, respectively.

Sevelamer carbonate or sevelamer hydrochloride did not alter the pharmacokinetics of enalapril, digoxin, iron, metoprolol, and warfarin when coadministered.

Reduction in concentrations of cyclosporine and tacrolimus leading to dose increases has also been reported in transplant patients when coadministered with sevelamer hydrochloride without any clinical consequences (for example, graft rejection). The possibility of an interaction cannot be excluded with these drugs.

Standard lifetime carcinogenicity bioassays were conducted in mice and rats. Rats were given sevelamer hydrochloride by diet at 0.3, 1, or 3 g/kg/day. There was an increased incidence of urinary bladder transitional cell papilloma in male rats of the high dose group (human equivalent dose twice the maximum clinical trial dose of 13 g). Mice received dietary administration of sevelamer hydrochloride at doses of up to 9 g/kg/day (human equivalent dose 3 times the maximum clinical trial dose). There was no increased incidence of tumors observed in mice.

Stage 5 CKD patients on hemodialysis were entered into a five-week sevelamer hydrochloride run-in period and 79 patients received, in random order, sevelamer carbonate 800 mg tablets and sevelamer hydrochloride 800 mg tablets for eight weeks each, with no intervening washout. Study dose during the cross-over period was determined based on the sevelamer hydrochloride dose during the run-in period on a gram-per-gram basis. The phosphorus levels at the end of each of the two cross-over periods were similar. Average actual daily dose was 6 g/day divided among meals for both treatments. Thirty-nine of those completing the cross-over portion of the study were entered into a two-week washout period during which patients were instructed not to take any phosphate binders; this confirmed the activity of sevelamer in this study.

The median prescribed daily dose was approximately 7.0 g per day during the titration period.

The results of the primary efficacy endpoint were consistent by BSA subgroup. In contrast, a treatment effect was not observed in subjects with a baseline serum phosphorus below 7 mg/dL, many of whom were the subjects 6 to <13 years of age or the subjects not on dialysis (Figure 2).

Figure 2: Change in Serum Phosphorus (mg/dL) from Baseline to Week 2 by Subgroup 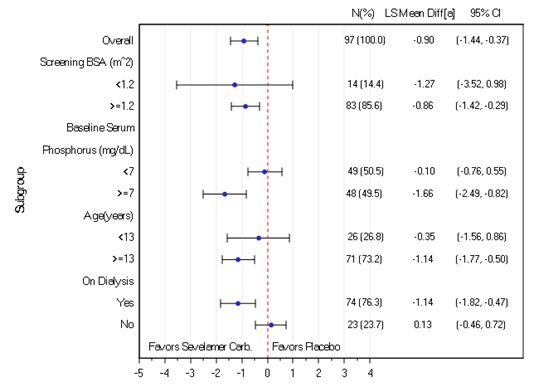 [a]: LS Mean difference of Sevelamer Carbonate – Placebo, based on ANCOVA within subgroup and with treatment as fixed effect and screening BSA and baseline serum phosphorus as covariates.

Eighty-four CKD patients on hemodialysis who were hyperphosphatemic (serum phosphorus >6.0 mg/dL) following a two-week phosphate binder washout period were randomized in a cross-over design to receive in random order sevelamer hydrochloride and active control for eight weeks each. Treatment periods were separated by a two-week phosphate binder washout period. Patients started on treatment three times per day with meals. Over each eight-week treatment period, at three separate time points the dose of sevelamer hydrochloride could be titrated up to control serum phosphorus, the dose of active control could also be altered to attain phosphorus control. Both treatments significantly decreased mean serum phosphorus by about 2 mg/dL (Table 6).

The distribution of responses is shown in Figure 3. The distributions are similar for sevelamer hydrochloride and active control. The median response is a reduction of about 2 mg/dL in both groups. About 50% of subjects have reductions between 1 and 3 mg/dL.

Figure 3: Percentage of Patients (Y-axis) Attaining a Phosphorus Reduction from Baseline (mg/dL) at Least as Great as the Value of the X-axis 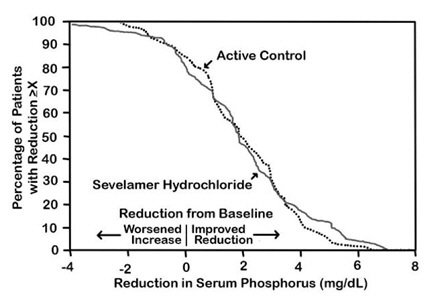 Table 7: Mean Serum Phosphorus (mg/dL) and Ion Product at Baseline and Change from Baseline to End of Treatment

Sixty-one percent of sevelamer hydrochloride patients and 73% of the control patients completed the full 52 weeks of treatment.

Figure 4, a plot of the phosphorus change from baseline for the completers, illustrates the durability of response for patients who are able to remain on treatment.

Figure 4: Mean Phosphorus Change from Baseline for Patients who Completed 52 Weeks of Treatment Average daily sevelamer hydrochloride dose at the end of treatment was 6.5 g (range of 0.8 to 13 g).

One hundred and forty-three patients on peritoneal dialysis who were hyperphosphatemic (serum phosphorus >5.5 mg/dL) following a two-week phosphate binder washout period were randomized to receive sevelamer hydrochloride (N=97) or active control (N=46) open label for 12 weeks. Average daily sevelamer hydrochloride dose at the end of treatment was 5.9 g (range 0.8 to 14.3 g). Thirteen patients (14%) in the sevelamer group and 9 patients (20%) in the active-control group discontinued, mostly for gastrointestinal adverse reactions. There were statistically significant changes in serum phosphorus (p<0.001) for sevelamer hydrochloride (-1.6 mg/dL from baseline of 7.5 mg/dL), similar to the active control.

Stage 5 CKD patients on hemodialysis with a serum phosphate level of >5.5 mg/dL after washout from baseline therapies were randomized in a 2:1 ratio to receive either sevelamer carbonate powder once daily (N=144) or sevelamer hydrochloride as a tablet with the dose divided three times per day (N=73) for 24 weeks. The initial dose for the two groups was 4.8 g/day. At the end of the study, the total daily dose was 6.2 g/day of sevelamer carbonate powder once daily and 6.7 g/day of sevelamer hydrochloride tablets three times per day. A greater percentage of subjects on the once-daily dose than three-times-per-day regimen discontinued therapy prematurely, 35% versus 15%. The reasons for discontinuation were largely driven by adverse events and withdrawal of consent in the once-daily dosing regimen. Serum phosphate levels and calcium-phosphate product were better controlled on the three- times-per-day regimen than on the once-daily regimen. Mean serum phosphorus decreased 2.0 mg/dL for sevelamer carbonate powder once daily and 2.9 mg/dL for sevelamer hydrochloride tablets three times per day.

Sevelamer Carbonate Tablets, for oral use is supplied as white to off white capsule shaped film coated tablets imprinted with “A800”on one side and plain on the other side.

Inform patients to take Sevelamer Carbonate Tablets with meals and adhere to their prescribed diets.

For patients using an oral medication where a reduction in the bioavailability of that medication would have a clinically significant effect on its safety or efficacy, advise the patient to take the oral medication at least one hour before or three hours after Sevelamer Carbonate Tablets.

Advise patients to report new onset or worsening of existing constipation or bloody stools promptly to their physician [see Warnings and Precautions (5.1)] . 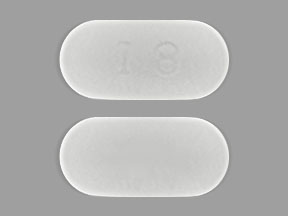