Medically reviewed by Drugs.com on May 5, 2022. Written by ASHP.

Levodopa is currently the most effective drug for relieving motor symptoms of parkinson disease. However, effectiveness of levodopa decreases over time and most patients develop motor complications (e.g., wearing-off symptoms, dyskinesias) with long-term use. Strategies to reduce these complications include adjusting dosage of levodopa, adding other antiparkinsonian agents (e.g., dopamine receptor agonists), or initiating other agents first to delay use of levodopa.

Administer once daily 1–3 hours before bedtime for treatment of RLS.

Swallow tablets whole; do not chew, crush, or divide.

Extended-release tablet is designed to release drug over a 24-hour period; if rapid GI transit occurs, incomplete release may occur, causing some tablet residue to appear in the stool.

Ensure accuracy of prescription; similarities in both the trade (brand) and generic (nonproprietary) names, similarities in container labels and carton packaging, illegible handwriting on prescriptions, and overlapping product characteristics (e.g., drug strengths, dosage forms, dosage intervals) between risperidone (Risperdal, an antipsychotic agent) and ropinirole hydrochloride (Requip) may result in medication errors. These errors have required hospitalization in some cases.

Available as ropinirole hydrochloride; dosage expressed in terms of ropinirole.

Initiate with low dosage and increase slowly based on clinical response and tolerability.

If therapy is interrupted for a substantial period of time, retitration may be warranted.

Initially, 0.25 mg 3 times daily; if needed, increase in weekly increments based on response and tolerability up to maximum daily dosage of 24 mg. The manufacturer recommends the following dosage titration schedule in Table 1.

Continually re-evaluate and adjust dosage according to the needs of the patient in an effort to find a dosage that provides maximum relief of symptoms with minimum adverse effects.

When discontinuing therapy, gradually reduce dosage over a period of 1 week. Reduce frequency of administration from 3 times daily to twice daily for 4 days and then to once daily for 3 days before complete discontinuance of the drug.

Concomitant therapy with ropinirole and levodopa may cause or exacerbate preexisting dyskinesia; dosage reduction of the dopaminergic agents may alleviate this effect.

Initially, 2 mg once daily for 1–2 weeks; if needed, increase dosage by increments of 2 mg daily at weekly (or longer) intervals based on patient response and tolerability.

When discontinuing therapy, gradually reduce dosage over a period of 1 week.

Concomitant therapy with ropinirole and levodopa may cause or exacerbate preexisting dyskinesia; dosage reduction of the dopaminergic agents may alleviate this effect.

Switching from Immediate-release to Extended-release Tablets

Initially, 0.25 mg once daily 1–3 hours before bedtime as immediate-release tablets. May increase dosage after 2 days if necessary based on patient response and tolerability, up to maximum of 4 mg daily (see Table 3).

Maximum recommended dosage is 4 mg once daily (as immediate-release tablets); safety and efficacy of higher dosages not established.

In patients with end-stage renal disease undergoing hemodialysis, recommended initial dosage is 0.25 mg 3 times daily (as immediate-release tablets) or 2 mg once daily (as extended-release tablets); may increase dosage based on patient response and tolerability up to maximum total daily dosage of 18 mg. Supplemental doses not required after dialysis.

Not evaluated in patients with severe renal impairment not undergoing regular dialysis.

In patients with end-stage renal disease undergoing hemodialysis, recommended initial dosage is 0.25 mg once daily (as immediate-release tablets); may increase dosage based on patient response and tolerability up to a maximum total daily dosage of 3 mg. Supplemental doses not required after dialysis.

Not evaluated in patients with severe renal impairment not undergoing regular dialysis.

No dosage adjustments necessary in patients >65 years of age since dosage is individualized and titrated according to clinical response.

Falling Asleep During Activities of Daily Living and Somnolence

Episodes of falling asleep while engaged in activities of daily living (e.g., driving) reported; sometimes resulted in accidents. Reported as late as 1 year after initiation of ropinirole therapy.

Some patients perceived no warning signs (e.g., excessive drowsiness) and believed they were alert immediately prior to the event. Falling asleep while engaged in such activities usually occurs in a setting of preexisting somnolence, although patients may not give such a history.

Continually reassess patients for drowsiness or sleepiness. Patients may not acknowledge drowsiness or sleepiness until directly questioned about such adverse effects during specific activities. Ask patients about any factors that may increase the risk of somnolence (e.g., concomitant sedating drugs, presence of sleep disorders, concomitant drugs that increase plasma ropinirole concentrations).

In general, discontinue therapy if a patient develops daytime sleepiness or episodes of falling asleep during activities that require active participation (e.g., conversations, eating). If the drug is continued, advise patient not to drive and to avoid other potentially dangerous activities. Insufficient information to establish whether dosage reduction will eliminate this adverse event.

Patients with significant cardiovascular disease were excluded from clinical studies; use caution in such patients.

Substantial hypotension not related to standing reported with extended-release ropinirole.

Potential for hallucinations in patients with parkinson disease; increased risk observed in geriatric patients and those receiving concomitant levodopa.

Use generally not advised in patients with a major psychotic disorder. Concomitant use with antipsychotic agents may exacerbate parkinsonian symptoms and decrease effectiveness of ropinirole.

May cause or exacerbate preexisting dyskinesia in patients with parkinson disease receiving concomitant levodopa. Dosage reduction of the dopaminergic agents may alleviate this effect.

Intense urges and compulsive behaviors (e.g., urge to gamble, increased sexual urges, binge eating, uncontrolled spending, other intense urges) and inability to control these urges reported in some patients receiving dopaminergic agents. In some cases, urges stopped when dosage was reduced or drug was discontinued.

Consider reducing dosage or discontinuing ropinirole if a patient develops such behaviors.

Gradually withdraw therapy at the end of treatment.

Melanoma observed more frequently in patients with parkinson disease than in the general population. In clinical studies, one patient who received extended-release ropinirole and who also was receiving levodopa/carbidopa developed melanoma.

Monitor for melanoma on a frequent and regular basis. Periodic dermatologic screening is recommended.

Long-term use of dopaminergic agents in patients with RLS associated with augmentation (i.e., worsening of symptoms during treatment); can manifest as an increase in overall symptom severity, earlier time of symptom onset each day, or extension of symptoms to other extremities. Augmentation reported during postmarketing experience with ropinirole.

If augmentation or rebound occurs, consider dosage adjustment or discontinuance of therapy; when discontinuing therapy, reduce dosage gradually whenever possible.

A 2-year study in patients with parkinson disease did not reveal any clinically important differences with regard to retinal effects between ropinirole and levodopa.

Ropinirole binds to melanin-rich tissues (e.g., eye, skin) in pigmented rats after a single dose; retention of drug was demonstrated with a half-life of 20 days in the eye.

Consider known benefits of breast-feeding along with mother's clinical need for ropinirole and any potential adverse effects on the breast-fed infant from drug or underlying maternal condition.

In clinical studies in patients with parkinson disease, some adverse effects were more frequent in geriatric patients (e.g., hallucinations, vomiting, nausea) than in younger patients receiving the drug.

Clearance may be reduced.

Not evaluated in patients with severe renal impairment (ClCr <30 mL/minute) who are not undergoing hemodialysis.

Metabolized principally by CYP1A2. Does not inhibit or induce CYP isoenzymes.

Appears to undergo first-pass metabolism; absolute bioavailability is about 55%.

Widely distributed throughout the body.

Extensively metabolized in the liver by N-despropylation and hydroxylation to form inactive metabolites. Metabolism is mediated principally by CYP1A2.

In patients >65 years of age, oral clearance of ropinirole is reduced by 15%.

Pharmacokinetics not evaluated in patients with hepatic impairment; however, clearance may be reduced and plasma concentrations increased.

Tightly closed container at room temperature of 20–25°C (may be exposed to 15–30°C). Protect from light and moisture. 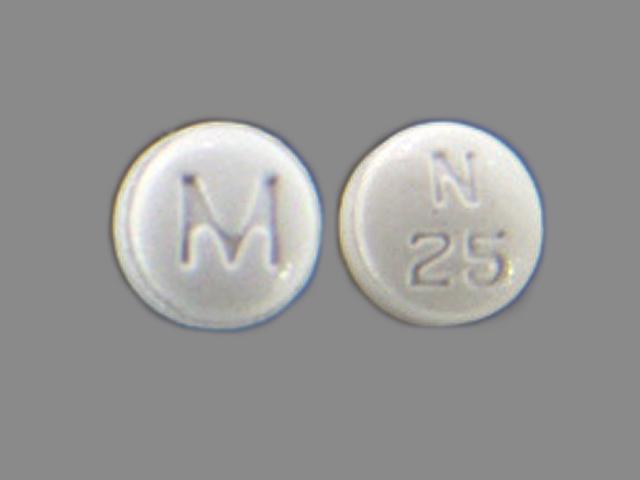