Antiglutamate agent that acts in the CNS; a synthetic aryl-substituted benzothiazolamine.

Management of amyotrophic lateral sclerosis (ALS, Lou Gehrig disease, Charcot sclerosis); designated an orphan drug by FDA for this use.

Has been shown to slow disease progression and prolong survival to a modest degree (e.g., by about 2–3 months); because of this possible benefit, experts recommend that the drug should be offered to patients with ALS.

No specific dosage recommendations; however, use not recommended in patients with aminotransferase concentrations >5 times ULN or evidence of liver dysfunction. (See Hepatic Impairment under Cautions.)

History of severe hypersensitivity reactions to riluzole or any ingredient in the formulation.

Liver injury, including fatalities, reported. Asymptomatic elevations of aminotransferase concentrations (e.g., ALT) also reported and have recurred following rechallenge with the drug. Maximum increases in ALT occurred within the first 3 months of therapy.

If used during pregnancy, advise patient of potential risk to the fetus

Distributed into milk in rats; not known whether distributed into human milk. Advise patients that the potential for serious adverse effects in nursing infants from riluzole is not known.

No overall differences in safety or efficacy between patients ≥65 years of age and younger adults. However, greater sensitivity in some older individuals cannot be ruled out.

Use not recommended in patients with preexisting signs or symptoms of liver dysfunction. (See Hepatic Effects under Cautions.)

Japanese patients more likely to have increased riluzole concentrations; risk of riluzole-associated adverse effects may be greater in such patients. (See Special Populations under Pharmacokinetics.)

With multiple-dose administration, riluzole accumulates in plasma by about twofold.

Food reduces AUC by 20% and peak plasma concentrations by 45%.

Mild or moderate hepatic impairment (Child-Pugh class A or B): AUC increased by 1.7- or 3-fold, respectively.

96% (mainly to albumin and lipoproteins).

Metabolized by CYP1A2 and by direct and sequential glucuronidation. 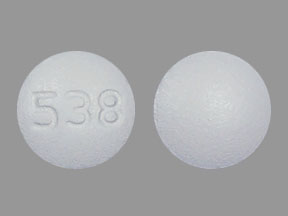