Component of a combination chemotherapeutic regimen (ifosfamide, cisplatin, and either etoposide or vinblastine) as second-line therapy for recurrent nonseminomatous testicular carcinoma.

Component of a combination chemotherapeutic regimen with etoposide and cisplatin or carboplatin (PE) as a preferred first-line treatment of small-cell lung cancer.

In combination with ifosfamide with mesna and cisplatin (VIP) or carboplatin (ICE) as second-line therapy for the treatment of refractory small-cell lung cancer.

In combination with cyclophosphamide and doxorubicin (or vincristine) for treatment of extensive-stage disease.

Combination chemotherapy with etoposide and cisplatin has been used for second-line treatment of advanced non-small cell lung cancer†, but paclitaxel-containing or other platinum-based regimens currently are preferred.

Component of combination chemotherapeutic regimens for treatment of advanced or refractory Hodgkin’s lymphoma†.

Has been used with transient responses in patients with cutaneous T-cell lymphoma (mycosis fungoides†).

Particularly effective for the treatment of acute monocytic and myelomonocytic leukemias†; may be useful when monocytoid cells are not cleared with conventional combination chemotherapy.

Has been used alone and in combination chemotherapy for remission induction in refractory acute lymphocytic (lymphoblastic) leukemia (ALL)† in a limited number of children; little, if any, activity in adults.

Component of a combination chemotherapeutic regimen (e.g., carboplatin with etoposide) as second-line (salvage) therapy for treatment of recurrent (relapsed or refractory) Wilms’ tumor† including recurrent tumors of unfavorable histology, abdominal recurrence after radiation therapy, or recurrence within 6 months of nephrectomy or after initial combination chemotherapy.

Has been used orally as second-line therapy for advanced epithelial ovarian cancer†.

Component of a combination chemotherapeutic regimen with bleomycin and cisplatin (BEP) as first-line therapy for ovarian germ cell tumors†.

Component of alternating chemotherapeutic regimens (vincristine, doxorubicin and cyclophosphamide alternating with ifosfamide and mesna and etoposide) as first-line therapy for Ewing’s sarcoma†.

Component of a chemotherapeutic regimen with methotrexate, dactinomycin, cyclophosphamide, and vincristine (EMA-CO), or with cisplatin as second-line therapy for gestational trophoblastic tumors† (choriocarcinoma†). Also has been used for treatment of chorioadenoma destruens†.

May be useful for treatment of hepatoma†.

May be useful as second-line therapy for treatment of rhabdomyosarcoma†.

Intraperitoneal and intrapleural administration is not recommended; delayed, severe (sometimes fatal) toxicity has occurred in animals following administration by these routes.

Observe closely for possible hypotensive or anaphylactoid reactions during administration of the drug. (See Hypotension and also see Sensitivity Reactions, under Cautions.)

May administer reconstituted etoposide phosphate with or without further dilution.

Etoposide concentrate for injection must be diluted before administration.

Dilute required dose of concentrate for injection to a final concentration of 0.2 or 0.4 mg/mL in 0.9% sodium chloride or 5% dextrose injection.

Reconstituted etoposide phosphate solutions may be further diluted with either 5% dextrose injection or 0.9% sodium chloride injection to concentrations as low as 0.1 mg of etoposide per mL.

Do not administer etoposide solutions by rapid IV injection. (See Hypotension under Cautions.)

A longer duration of administration may be used if the volume of fluid to be infused is a concern.

Has been administered by continuous IV infusion over 5 days, but no therapeutic advantage with this method over intermittent IV infusions.

Base dosage on the clinical and hematologic response and tolerance of the patient and whether or not other chemotherapy or radiation therapy has been or is also being used in order to obtain optimum therapeutic results with minimum adverse effects.

Do not administer a repeat course until the patient’s hematologic function is within acceptable limits.

Toxicity profile of etoposide phosphate infused at doses exceeding 175 mg/m2 has not been delineated.

When the consecutive-day dosage regimen is employed, some clinicians administer etoposide for 3–5 days, depending on the patient’s hematologic tolerance.

Twice the IV dosage rounded to the nearest 50 mg is recommended.

Optimum duration not clearly defined; no additional improvement in survival when duration of therapy >3–6 months for limited-stage or >6 months for extensive-stage disease.

150 mg/m2 daily for 3 consecutive days every 4 weeks; repeat cycles of therapy and reduce dosage as necessary depending on the patient’s response and the myelosuppressive effect of the drug.

Use with caution; consider the need for dosage reduction.

Base subsequent doses on patient tolerance and clinical effect.

Monitor hematologic function frequently during and after treatment. Perform CBC (leukocyte count with differential, platelet count, hemoglobin) prior to initiation of therapy, at appropriate intervals during the course of treatment (e.g., twice weekly), and before each subsequent course of treatment.

Suspend therapy if the platelet count is <50,000/mm3 or absolute neutrophil count is <500/mm3. Resume therapy when blood counts have returned to an acceptable level, if indicated.

Administer IV infusions slowly (i.e., over at least 30–60 minutes) to minimize the risk of hypotensive reactions.

Hypotension occurring during administration usually subsides with infusion discontinuance, administration of IV fluids or other supportive therapy as necessary.

Use slower rate of infusion if restarting after discontinuance and appropriate treatment.

May cause fetal harm; teratogenicity and embryolethality demonstrated in animals. Avoid pregnancy during therapy. If used during pregnancy or if patient becomes pregnant, apprise of potential fetal hazard.

Acute leukemia (with or without a preleukemic phase) has been reported rarely in patients receiving etoposide in association with other antineoplastic agents.

Animal studies to determine the carcinogenic potential of etoposide have not been performed to date; however, the drug should be considered a potential carcinogen.

Appropriate equipment for maintenance of an adequate airway and other supportive measures and agents for the treatment of these reactions should be readily available whenever etoposide is administered.

The role of infusion concentration or rate in the development of hypersensitivity reactions is uncertain.

Highly toxic drug with a low therapeutic index; therapeutic response is not likely to occur without some evidence of toxicity.

Administer only under constant supervision by clinicians experienced in therapy with cytotoxic agents and only when the potential benefits outweigh the possible risks.

Most adverse effects are reversible if detected promptly.

Not known whether etoposide is distributed into milk. Discontinue nursing or the drug.

Has been used with encouraging results for refractory acute myelogenous leukemia†, has shown some activity against refractory acute lymphocytic leukemia† and other pediatric malignancies†, but additional evaluation is needed.

Each mL of etoposide concentrate for injection contains 30 mg of benzyl alcohol. Although a causal relationship has not been established, injections preserved with benzyl alcohol have been associated with toxicity in neonates.

Effects of hepatic impairment on etoposide elimination have not been fully evaluated.

Toxicity of rapidly infused etoposide phosphate in hepatic impairment has not been adequately evaluated.

Use with caution, consider the need for dosage reduction; more severe hematologic toxicity reported with elevated serum bilirubin concentrations in one study. Some evidence of reduced total plasma clearance and elimination.

Dosage adjustments recommended based on degree of renal impairment. (See Renal Impairment under Dosage and Administration.)

Toxicity of rapidly infused etoposide phosphate in renal impairment has not been adequately evaluated.

Response in patients ≥65 years of age with small cell lung cancer similar to that in younger adults.

Geriatric patients may be particularly susceptible to etoposide-induced adverse effects.

Does not readily penetrate the CNS; variable CSF concentrations generally ranging from undetectable to <5% of concurrent plasma concentrations

Apparently crosses the placenta in animals, not known whether distributed into milk.

Following oral administration, about 5–25% of the dose is excreted in urine within 24–48 hours.

Biphasic, may exhibit triphasic elimination with a prolonged terminal phase.

The effects of renal impairment on elimination have not been fully evaluated, but a substantial fraction of the drug is excreted unchanged in urine; consider dosage reductions. (See Renal Impairment under Dosage and Administration.)

Following dilution to concentrations of 0.2 or 0.4 mg/mL, stable for 96 or 24 hours, respectively, at 25°C under normal room fluorescent light in glass or plastic containers.

2–8°C; store in unopened vials in original package to protect from light; stable at least 36 months.

10 or 20 mg/mL solutions of etoposide phosphate in sterile water for injection, 5% dextrose injection, or 0.9% sodium chloride injection are stable for 24 hours at 20–25°C.

Etoposide phosphate solutions further diluted in 5% dextrose injection or 0.9% sodium chloride injection are stable for 24 hours at 2–8°C or 20–25°C.

Crystallization in aqueous solutions appears to be concentration dependent and may occur following dilution because etoposide is sparingly soluble in water; discard if crystallization occurs. 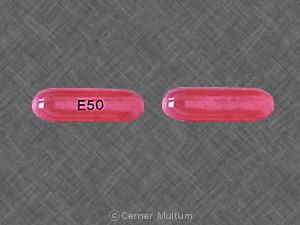