This page contains information on Zactran Injectable Solution for veterinary use.
The information provided typically includes the following: 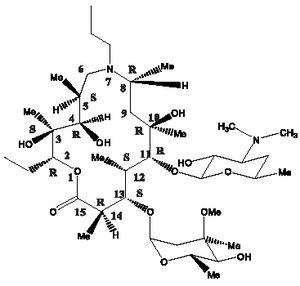 ZACTRAN Injectable Solution is indicated for the treatment of bovine respiratory disease (BRD) associated with Mannheimia haemolytica, Pasteurella multocida, Histophilus somni (Haemophilus somnus) and Mycoplasma bovis. ZACTRAN Injectable Solution is also indicated for the reduction of morbidity associated with BRD in feedlot calves, caused by Mannheimia haemolytica, Pasteurella multocida and Histophilus somni, during the first 10 days in the feedlot, when administered at the time of arrival.

Administer a single subcutaneous injection in the neck at a dose of 6 mg gamithromycin/kg body weight (equivalent to 1 mL/25 kg body weight).

For treatment of cattle over 250 kg body weight, divide the dose so that no more than 10 mL are injected at one site.

Most animals will respond to treatment within 3 to 5 days. If no improvement is observed, the diagnosis should be re-evaluated.

Note: To limit the development of antimicrobial resistance, ZACTRAN Injectable Solution should only be used as an arrival treatment when: 1) BRD has been diagnosed and 2) calves are at «high risk» of developing BRD. One or more of the following factors typically characterizes calves at «high risk» of developing BRD. Cattle are from multiple farm origins, and/or cattle have extended transport times (that may have included few if any rest stops), and/or ambient temperature change(s) from origin to arrival of 17°C or more, and/or cattle have experienced excessive shrink or stressful processing procedures such as castration and dehorning.

The macrolide antimicrobials as a class are weak bases and as such concentrate in bronchoalveolar macrophages which are relevant to the successful treatment and control of BRD. Macrolides, in general, have been shown to have an extended post-antibiotic effect, which may also support the extended antimicrobial activity. Gamithromycin is primarily bacteriostatic at therapeutic concentrations. However, in vitro bactericidal activity has been observed for Mannheimia haemolytica and Pasteurella multocida at concentrations of 10 µg/mL (Mueller Hinton Broth) and for Mannheimia haemolytica after exposure to 6-hour plasma samples derived from cattle dosed at 6 mg gamithromycin/kg body weight.

ZACTRAN Injectable Solution administered subcutaneously in the neck of cattle at a single dosage of 6 mg/kg body weight is well absorbed and >98% bioavailable with no gender differences. The peak plasma gamithromycin concentration occurs within 30 to 60 min after injection. Based upon plasma and lung homogenate data, the terminal elimination half-life (T1/2) of gamithromycin is 2.3 days in plasma and 3.8 days in lungs. In vitro plasma protein binding studies show that 26% of the gamithromycin binds to plasma protein, resulting in free drug available for rapid and extensive distribution into body tissues. The free drug is rapidly cleared from the systemic circulation with a clearance rate of 712 mL/hr/Kg and a volume of distribution of 25 L/kg. Gamithromycin reached peak concentration in lung homogenates within 24 hours after dosing; indicating that the drug was absorbed rapidly into the target tissue for BRD; and remained 247-fold above that obtained in the plasma concentration for at least 15 days. However, because tissue homogenate data do not necessarily reflect the concentration of free active drug at the infection site, the clinical relevance of these lung homogenate concentrations is not known.

Biliary excretion of the unchanged drug is the major route of elimination.

The Minimum Inhibitory Concentrations (MIC) of gamithromycin were determined for isolates obtained from animals enrolled in field studies in the United States (U.S.).

The minimum inhibitory concentration of gamithromycin inhibited 50% and 90% of the isolates.

* Clinical isolates supported by clinical data and indications for use.

The effectiveness of ZACTRAN Injectable Solution for the reduction of morbidity associated with BRD was demonstrated by two independent studies in the U.S. A total of 467 cattle at high risk were enrolled in the study. A total of 260 calves were administered ZACTRAN Injectable Solution (6 mg/kg body weight) and 207 were administered an equivalent volume of sterile saline as a subcutaneous injection once within the next day after arrival. Success was achieved based on rectal temperature below 40°C, and no clinically relevant evidence of depression or abnormal respiratory character on Day 10. The percentages of successes in the cattle treated with ZACTRAN Injectable Solution (86%, 78%) was statistically significantly higher (P<0.002) than the percentage of successes in the cattle treated with saline (36%, 58%).

In a target animal safety study in six-month old beef calves, ZACTRAN Injectable Solution was administered by subcutaneous injection at 6, 18 and 30 mg/kg body weight (1, 3 and 5 times the labeled dose) on day 0, 5 and 10. Animals were clinically evaluated up to Day 15.

In overdosed groups, transient indications of pain after injection were seen, including head twists, pawing at the ground or attempts to lick the injection sites.

Dose related swellings characterized by skin thickening and discolouration of subcutaneous tissue were observed at the injection site, as well as related microscopic changes.

No other clinically significant drug-related effects were observed.

Treated cattle must not be slaughtered for use in food for at least 49 days after the latest treatment with this drug. Do not use in lactating dairy cattle. Do not use in gestating cows or heifers, which are intended to produce milk for human consumption, within 2 months of expected parturition. To limit the development of antimicrobial resistance, ZACTRAN Injectable Solution should only be used as an arrival treatment in feedlot calves when BRD has been diagnosed and calves are at high risk of developing BRD.

The effects of ZACTRAN Injectable Solution on reproductive performance, pregnancy and lactation have not been determined.

Subcutaneous injection can cause a local tissue reaction that may result in trim loss of edible tissue at slaughter.

Do not use in case of hypersensitivity to macrolide drugs. Do not use this product simultaneously with other macrolides or antibiotics known as lincosamides.

Transient injection site swellings with occasional slight pain have been observed in some animals.

Store at 15 - 30°C. Do not freeze. Discard all unused portions 28 days after opening the vial.