This page contains information on Spectramast LC for veterinary use.
The information provided typically includes the following:

For Intramammary Infusion in Lactating Dairy Cattle Only

Federal (USA) law restricts this drug to use by or on the order of a licensed veterinarian. Federal law prohibits extra-label use of this drug in lactating dairy cattle for disease prevention purposes; at unapproved doses, frequencies, durations, or routes of administration; and in unapproved major food producing species/production classes.

Ceftiofur hydrochloride is a cephalosporin antibiotic. 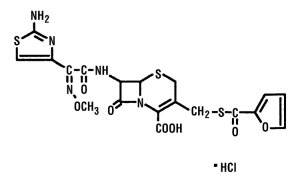 SPECTRAMAST® LC Sterile Suspension is an oil based sterile suspension.

Spectramast LC Indications For Use

SPECTRAMAST® LC (ceftiofur intramammary suspension) Sterile Suspension is indicated for use in lactating dairy cattle for (1) the treatment of clinical mastitis associated with coagulase-negative staphylococci, Streptococcus dysgalactiae, and Escherichia coli and (2) the treatment of diagnosed subclinical mastitis associated with coagulase-negative staphylococci and Streptococcus dysgalactiae.

Infuse one (1) syringe into each affected quarter. Repeat this treatment in 24 hours. For extended duration therapy, once daily treatment may be repeated for up to 8 consecutive days.

The syringe is designed to provide the choice of either insertion of the full cannula as has traditionally been practiced, or insertion of no more than 1/8 inch of the cannula, as reported by Eberhart, R.J., et. al. 1987. Current Concepts of Bovine Mastitis, 3rd Edition, National Mastitis Council, Arlington, VA.

a. Full insertion: Remove the red end cap by pulling straight up as shown. Gently insert the full cannula into the teat canal; carefully infuse the product.

b. Partial insertion: Remove the red end cap by pulling straight up as shown. Gently insert the exposed white tip into the teat canal; carefully infuse the product.

Treatment: Wash teats thoroughly with warm water containing a suitable dairy antiseptic. Dry teats thoroughly. Milk out udder completely. Using an alcohol pad provided, wipe off the end of the affected teat using a separate pad for each teat. Choose the desired insertion length (full or partial) and insert tip into teat canal; push plunger to dispense entire contents, massage the quarter to distribute the suspension into the milk cistern.

As with all drugs, the use of SPECTRAMAST® LC Sterile Suspension is contraindicated in animals previously found to be hypersensitive to the drug.

Discard Empty Container: DO NOT REUSE

Penicillins and cephalosporins can cause allergic reactions in sensitized individuals. Topical exposures to such antimicrobials, including ceftiofur, may elicit mild to severe allergic reactions in some individuals. Repeated or prolonged exposure may lead to sensitization. Avoid direct contact of the product with the skin, eyes, mouth and clothing. Sensitization of the skin may be avoided by wearing protective gloves.

Persons with a known hypersensitivity to penicillin or cephalosporins should avoid exposure to this product.

Following intramammary infusion with antibiotics in lactating cows, milk obtained during treatment and during the milk discard period should be properly discarded and not fed to calves. SPECTRAMAST LC is intended for use in lactating dairy cattle with mastitis associated only with the specified labeled pathogens. To assure responsible antimicrobial drug use, it is expected that subclinical mastitis will be diagnosed using a positive culture or other pathogen-specific test in addition to any other appropriate veterinary medical evaluation prior to treatment. Cows with systemic clinical signs caused by mastitis should receive other appropriate therapy under the direction of a licensed veterinarian. After successful treatment, reinfection may occur unless good herd management, sanitation, and mechanical safety measures are practiced. Affected cows should be watched carefully to detect recurrence of infection and possible spread to other animals.

Ceftiofur is a broad-spectrum cephalosporin antibiotic that exerts its effect by inhibiting bacterial cell wall synthesis. Like other β-lactam antimicrobial agents, cephalosporins inhibit cell wall synthesis by interfering with the enzymes essential for peptidoglycan synthesis. This effect results in lysis of the bacterial cell and accounts for the bactericidal nature of these agents. Ceftiofur has demonstrated in vitro activity against coagulase-negative staphylococci, Streptococcus dysgalactiae, and Escherichia coli. The minimum inhibitory concentrations (MICs) of ceftiofur against indicated pathogens collected from field studies conducted in 2000 were determined using methods recommended by the National Committee for Clinical Laboratory Standards (NCCLS, M31-A) and are represented in Table 1, below:

* The correlation between in vitro susceptibility data and clinical effectiveness is unknown.

** The lowest MIC to encompass 90% of the most susceptible isolates.

The effectiveness of ceftiofur for the treatment of subclinical mastitis was demonstrated in a 10-site field study in lactating dairy cattle in 2013. Cows with subclinical mastitis were enrolled in the study if milk and udders were visually normal, composite quantitative somatic cell count (SCC) was >400,000 cells/mL, and milk culture was positive for a mastitis-causing pathogen. Cows were assigned to one of two treatment groups: SPECTRAMAST LC (125 mg ceftiofur equivalents per dose) or an equivalent volume of saline. Each treatment group received an intramammary infusion twice at a 24-hour interval in the affected quarter. Treatment success (bacterial cure) was defined as the absence of the pre-treatment pathogen at 14 and 20 days post-treatment. Three hundred thirty-six cows were analyzed for bacterial cure rates. There was a statistically significantly different (P < 0.0001) overall proportion of treatment successes in the SPECTRAMAST LC-treated group (44%, 75/164) compared with the saline-treated group (4%, 8/172). Additionally, a clinically-relevant ratio of clinical successes to failures was observed in the SPECTRAMAST LC-treated group compared to the saline-treated group for evaluable cases of subclinical mastitis associated with CNS and with S. dysgalactiae.

A pivotal GLP udder irritation study was conducted in 40 cows to assess udder irritation following daily intramammary infusion of an oil.based suspension containing 125 mg of ceftiofur for up to 8 consecutive days. A transient and clinically insignificant rise in SCC to levels <200,000 cell/mL was observed following infusion in normal cows with very low pre-infusion SCC (<10,000 cell/mL). This elevation is not unexpected with oil-based suspensions. The duration of therapy did not affect this elevation. No udder clinical signs of irritation (swelling, pain, or redness), changes in body temperature or in milk production were noted during this study. This pivotal GLP study demonstrated that this formulation is clinically safe and non-irritating to the udder of lactating dairy cows. In two clinical field efficacy studies in 971 lactating dairy cows, no reports of udder irritation or adverse events were noted following infusion. Collectively, these three studies demonstrate that the intramammary infusion of an oil-based suspension containing 125 mg of ceftiofur once daily into all four quarters for up to 8 consecutive days is clinically safe and nonirritating to the udder of lactating dairy cows.

A metabolism study in cattle using radiolabeled ceftiofur provided the data to establish tolerances for ceftiofur-related residues (as desfuroylceftiofur) in tissue and milk. These tolerances are 0.1 ppm in milk, 0.4 ppm in kidney, 2.0 ppm in liver, and 1.0 ppm in muscle.

Two pivotal milk residue decline studies were conducted. In these studies, non-mastitic cows received 125 mg of ceftiofur per quarter into all four quarters either twice at a 24-hour interval or once daily for 8 consecutive days. Regardless of treatment duration and using a tolerance of 0.10 ppm for ceftiofur-related residues in milk, these studies demonstrate that milk taken during treatment (a maximum of 8 consecutive daily infusions) and for 72 hours after the last treatment must not be used for human consumption and must be discarded.

A pivotal tissue residue decline study in lactating dairy cattle provides tissue residue decline data. In this study, the cattle received an intramammary infusion of 125 mg of ceftiofur hydrochloride into each of four quarters once daily for 8 consecutive days. Ceftiofur residues were determined in the kidney (the target tissue) using the official analytical method. Kidney residues were less than the established tolerance (0.4 ppm) by 2 days after the last infusion. These data collectively support the assignment of a 2-day pre-slaughter withdrawal period regardless of treatment duration.