Warning: Post treatment acute exacerbation of hepatitis BSevere acute exacerbations of hepatitis B have been reported in patients who are co-infected with hepatitis B virus (HBV) and human immunodeficiency virus (HIV-1) and have discontinued lamivudine or tenofovir disoproxil fumarate, two components of efavirenz / lamivudine / tenofovir disoproxil fumarate oral tablets. Monitor hepatic function closely in these patients and, if appropriate, initiate anti-hepatitis B treatment.

Along with its needed effects, efavirenz / lamivudine / tenofovir may cause some unwanted effects. Although not all of these side effects may occur, if they do occur they may need medical attention.

Check with your doctor immediately if any of the following side effects occur while taking efavirenz / lamivudine / tenofovir:

Some side effects of efavirenz / lamivudine / tenofovir may occur that usually do not need medical attention. These side effects may go away during treatment as your body adjusts to the medicine. Also, your health care professional may be able to tell you about ways to prevent or reduce some of these side effects.

In a controlled trial with efavirenz, lamivudine, and tenofovir disoproxil fumarate (DF), the most common side effects were mild-to-moderate gastrointestinal events and dizziness. Mild side effects (grade 1) were common and included dizziness, diarrhea, and nausea.

In a controlled trial with efavirenz (400 or 600 mg) in combination with fixed-dose emtricitabine-tenofovir DF, the most common side effects were mild-to-moderate gastrointestinal events, dizziness, abnormal dreams, and rash.[Ref]

Central nervous system (CNS) symptoms were reported in 53% of patients using efavirenz; these symptoms generally began the first or second day of therapy and often resolved after 2 to 4 weeks. CNS symptoms (any grade, regardless of causality) included, but were not limited to, dizziness, insomnia, impaired concentration, somnolence, abnormal dreams, and hallucinations. These symptoms were severe in 2% of patients; therapy was discontinued in 2.1% of patients due to these side effects. After 4 weeks of therapy, CNS symptoms of at least moderate severity were reported in 5% to 9% of patients using efavirenz-containing regimens.[Ref]

Rashes associated with efavirenz were usually mild-to-moderate maculopapular skin eruptions. The median time to onset of rash was 11 days. In most patients who continued therapy, the rash resolved within 1 month. Treatment was discontinued due to rash in 1.7% of patients.[Ref]

Elevated fasting cholesterol (greater than 240 mg/dL) and fasting triglycerides (greater than 750 mg/dL) have been reported in 19% and 1% of patients using efavirenz, lamivudine, and tenofovir DF, respectively.

Hypokalemia and hypophosphatemia may occur as a result of proximal renal tubulopathy.[Ref]

False-positive urine cannabinoid test results have been observed with some screening assays in uninfected and HIV-infected subjects using efavirenz.[Ref]

Rhabdomyolysis, osteomalacia, muscular weakness, and myopathy may occur as a result of proximal renal tubulopathy.[Ref]

Increased serum amylase (greater than 175 units/L) has been reported in 9% of patients using efavirenz, lamivudine, and tenofovir DF.

Pancreatitis (some cases fatal) has been reported in antiretroviral nucleoside-experienced pediatric patients using lamivudine alone or in combination with other antiretroviral agents.[Ref]

Hematuria (greater than 100 RBC/high power field) has been reported in 7% of patients using efavirenz, lamivudine, and tenofovir DF.[Ref]

Severe acute exacerbations of hepatitis B have been reported in patients coinfected with HIV-1 and hepatitis B virus after discontinuation of lamivudine or tenofovir DF.

Decreased neutrophils (less than 750/mm3) has been reported in 3% of patients using efavirenz, lamivudine, and tenofovir DF.[Ref] 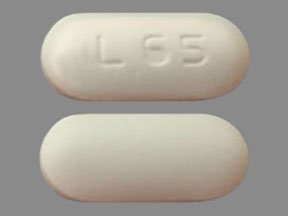