Indications and Usage for Potassium Citrate

Uric Acid Lithiasis with or without Calcium Stones

Potassium Citrate is indicated for the management of Uric acid lithiasis with or without calcium stones [see Clinical Studies (14.3)].

Treatment with extended release Potassium Citrate should be added to a regimen that limits salt intake (avoidance of foods with high salt content and of added salt at the table) and encourages high fluid intake (urine volume should be at least two liters per day). The objective of treatment with Potassium Citrate extended-release tablets is to provide Potassium Citrate in sufficient dosage to restore normal urinary citrate (greater than 320 mg/day and as close to the normal mean of 640 mg/day as possible), and to increase urinary pH to a level of 6.0 or 7.0.

Monitor serum electrolytes (sodium, potassium, chloride and carbon dioxide), serum creatinine and complete blood counts every four months and more frequently in patients with cardiac disease, renal disease or acidosis. Perform electrocardiograms periodically. Treatment should be discontinued if there is hyperkalemia, a significant rise in serum creatinine or a significant fall in blood hematocrit or hemoglobin.

In patients with severe hypocitraturia (urinary citrate < 150 mg/day), therapy should be initiated at a dosage of 60 mEq/day (30 mEq two times/day or 20 mEq three times/day with meals or within 30 minutes after meals or bedtime snack). Twenty-four hour urinary citrate and/or urinary pH measurements should be used to determine the adequacy of the initial dosage and to evaluate the effectiveness of any dosage change. In addition, urinary citrate and/or pH should be measured every four months. Doses of Potassium Citrate extended-release tablets greater than 100 mEq/day have not been studied and should be avoided.

In patients with mild to moderate hypocitraturia (urinary citrate > 150 mg/day) therapy should be initiated at 30 mEq/day (15 mEq two times/day or 10 mEq three times/day with meals or within 30 minutes after meals or bedtime snack). Twenty-four hour urinary citrate and/or urinary pH measurements should be used to determine the adequacy of the initial dosage and to evaluate the effectiveness of any dosage change. Doses of Potassium Citrate extended-release tablets greater than 100 mEq/day have not been studied and should be avoided.

In patients with impaired mechanisms for excreting potassium, Potassium Citrate administration can produce hyperkalemia and cardiac arrest. Potentially fatal hyperkalemia can develop rapidly and be asymptomatic. The use of Potassium Citrate in patients with chronic renal failure, or any other condition which impairs potassium excretion such as severe myocardial damage or heart failure, should be avoided. Closely monitor for signs of hyperkalemia with periodic blood tests and ECGs.

Solid dosage forms of potassium chlorides have produced stenotic and/or ulcerative lesions of the small bowel and deaths. These lesions are caused by a high local concentration of potassium ions in the region of the dissolving tablets, which injured the bowel. In addition, perhaps because wax-matrix preparations are not enteric-coated and release some of their potassium content in the stomach, there have been reports of upper gastrointestinal bleeding associated with these products. The frequency of gastrointestinal lesions with wax-matrix potassium chloride products is estimated at one per 100,000 patient-years. Experience with Potassium Citrate is limited, but a similar frequency of gastrointestinal lesions should be anticipated.

If there is severe vomiting, abdominal pain or gastrointestinal bleeding, Potassium Citrate should be discontinued immediately and the possibility of bowel perforation or obstruction investigated.

Some patients may develop minor gastrointestinal complaints during Potassium Citrate therapy, such as abdominal discomfort, vomiting, diarrhea, loose bowel movements or nausea. These symptoms are due to the irritation of the gastrointestinal tract, and may be alleviated by taking the dose with meals or snacks, or by reducing the dosage. Patients may find intact matrices in their feces.

Potential Effects of Potassium Citrate on Other Drugs

Potential Effects of Other Drugs on Potassium Citrate

The normal potassium ion content of human milk is about 13 mEq/L. It is not known if Potassium Citrate has an effect on this content. Potassium Citrate should be given to a woman who is breast feeding only if clearly needed.

Treatment of Overdosage: The administration of potassium salts to persons without predisposing

conditions for hyperkalemia rarely causes serious hyperkalemia at recommended dosages. It is important to recognize that hyperkalemia is usually asymptomatic and may be manifested only by an increased serum potassium concentration and characteristic electrocardiographic changes (peaking of T-wave, loss of P-wave, depression of S-T segment and prolongation of the QT interval). Late manifestations include muscle paralysis and cardiovascular collapse from cardiac arrest.

Treatment measures for hyperkalemia include the following:

1. Patients should be closely monitored for arrhythmias and electrolyte changes.

4. Intravenous calcium gluconate if the patient is at no risk or low risk of developing digitalis toxicity.

6. Correction of acidosis, if present, with intravenous sodium bicarbonate.

8. Exchange resins may be used. However, this measure alone is not sufficient for the acute treatment of hyperkalemia.

Potassium Citrate extended-release tablets are a citrate salt of potassium. Its empirical formula is K3C6H5O7 • H2O, and it has the following chemical structure:

When Potassium Citrate is given orally, the metabolism of absorbed citrate produces an alkaline load. The induced alkaline load in turn increases urinary pH and raises urinary citrate by augmenting citrate clearance without measurably altering ultrafilterable serum citrate. Thus, Potassium Citrate therapy appears to increase urinary citrate principally by modifying the renal handling of citrate, rather than by increasing the filtered load of citrate. The increased filtered load of citrate may play some role, however, as in small comparisons of oral citrate and oral bicarbonate, citrate had a greater effect on urinary citrate.

The pivotal Potassium Citrate trials were non-randomized and non-placebo controlled where dietary management may have changed coincidentally with pharmacological treatment. Therefore, the results as presented in the following sections may overstate the effectiveness of the product.

The effect of oral Potassium Citrate therapy in a non-randomized, non-placebo controlled clinical study of five men and four women with calcium oxalate/calcium phosphate nephrolithiasis and documented incomplete distal renal tubular acidosis was examined. The main inclusion criterion was a history of stone passage or surgical removal of stones during the 3 years prior to initiation of Potassium Citrate therapy. All patients began alkali treatment with 60-80 mEq Potassium Citrate daily in 3 or 4 divided doses. Throughout treatment, patients were instructed to stay on a sodium restricted diet (100 mEq/day) and to reduce oxalate intake (limited intake of nuts, dark roughage, chocolate and tea). A moderate calcium restriction (400-800 mg/day) was imposed on patients with hypercalciuria.

X-rays of the urinary tract, available in all patients, were reviewed carefully to determine presence of pre-existing stones, appearance of new stones, or change in the number of stones.

Potassium Citrate therapy was associated with inhibition of new stone formation in patients with distal tubular acidosis. Three of the nine patients continued to pass stones during the on-treatment phase. While it is likely that these patients passed pre-existing stones during therapy, the most conservative assumption is that the passed stones were newly formed. Using this assumption, the stone-passage remission rate was 67%. All patients had a reduced stone formation rate. Over the first 2 years of treatment, the on-treatment stone formation rate was reduced from 13±27 to 1±2 per year.

Uric Acid Lithiasis with or without Calcium Stones

While on Potassium Citrate treatment, urinary pH rose significantly from a low value of 5.3 ± 0.3 to within normal limits (6.2 to 6.5). Urinary citrate which was low before treatment rose to the high normal range and only one stone was formed in the entire group of 18 patients.

Potassium Citrate Extended-Release Tablets, USP 5 mEq (540 mg) tablets - Off white to tan yellowish color round shaped uncoated tablet, debossed with ‘T’ on one side and ‘399’ on the other, supplied in bottles as:

Potassium Citrate Extended-Release Tablets, USP 10 mEq (1080 mg) tablets - Off white to tan yellowish color capsule shaped uncoated tablet, debossed with ‘T400’ on one side and plain on the other side, supplied in bottles as:

Potassium Citrate Extended-Release Tablets, USP 15 mEq (1620 mg) tablets - Off white to tan yellowish color oval shaped uncoated tablet, debossed with ‘T’ on one side and ‘401’ on the other side, supplied in bottles as:

Tell patients to take each dose without crushing, chewing or sucking the tablet.

Tell patients to take this medicine only as directed. This is especially important if the patient is also taking both diuretics and digitalis preparations.

Tell patients to check with the doctor if there is trouble swallowing tablets or if the tablet seems to stick in the throat.

Tell patients to check with the doctor at once if tarry stools or other evidence of gastrointestinal bleeding is noticed. Tell patients that their doctor will perform regular blood tests and electrocardiograms to ensure safety. 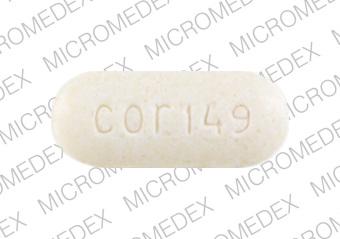