The Ilotycin brand name has been discontinued in the U.S. If generic versions of this product have been approved by the FDA, there may be generic equivalents available. 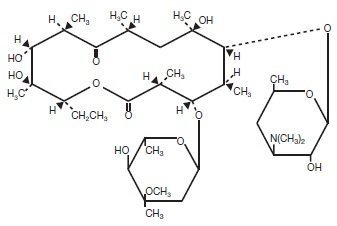 Each gram contains Erythromycin USP 5 mg in a sterile ophthalmic base of mineral oil and white petrolatum.

Erythromycin inhibits protein synthesis without affecting nucleic acid synthesis. Erythromycin is usually active against the following organisms in vitro and in clinical infections:

For the treatment of superficial ocular infections involving the conjunctiva and/or cornea caused by organisms susceptible to erythromycin.

For infants born to mothers with clinically apparent gonorrhea, intravenous or intramuscular injections of aqueous crystalline penicillin G should be given; a single dose of 50,000 units for term infants or 20,000 units for infants of low birth weight. Topical prophylaxis alone is inadequate for these infants.

This drug is contraindicated in patients with a history of hypersensitivity to erythromycin.

The use of antimicrobial agents may be associated with the overgrowth of nonsusceptible organisms including fungi; in such a case, antibiotic administration should be stopped and appropriate measures taken.

Avoid contaminating the applicator tip with material from the eye, fingers, or other source.

Two year oral studies conducted in rats with erythromycin did not provide evidence of tumorigenicity. Mutagenicity studies have not been conducted. No evidence of impaired fertility that appeared related to erythromycin was reported in animal studies.

Reproduction studies have been performed in rats, mice, and rabbits using erythromycin and its various salts and esters, at doses that were several multiples of the usual human dose. No evidence of harm to the fetus that appeared related to erythromycin was reported in these studies. There are, however, no adequate and well-controlled studies in pregnant women. Because animal reproductive studies are not always predictive of human response, the erythromycins should be used during pregnancy only if clearly needed.

Caution should be exercised when erythromycin is administered to a nursing woman.

See INDICATIONS AND USAGE and DOSAGE AND ADMINISTRATION.

In the treatment of superficial ocular infections, a ribbon approximately 1 cm in length of ilotycin® Ophthalmic Ointment should be applied directly to the infected structure up to 6 times daily, depending on the severity of the infection.

For prophylaxis of neonatal gonococcal or chlamydial conjunctivitis, a ribbon of ointment approximately 1 cm in length should be instilled into each lower conjunctival sac. The ointment should not be flushed from the eye following instillation. A new tube should be used for each infant. 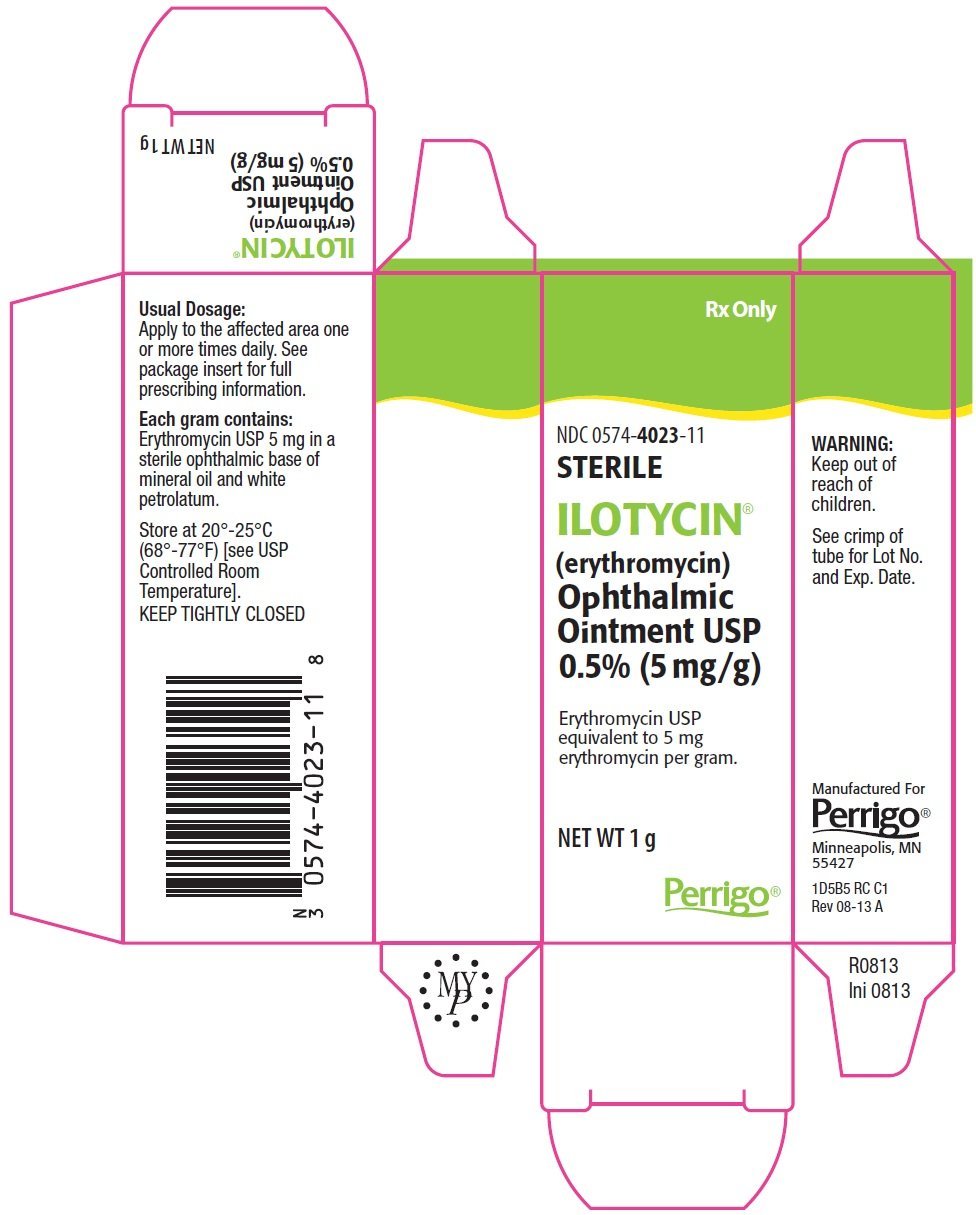