There are 3 alcohol/food/lifestyle interactions with Nuedexta (dextromethorphan / quinidine).

Using dextromethorphan together with quiNIDine may increase the effects of dextromethorphan. Contact your doctor if you experience difficulty breathing, dizziness, drowsiness, anxiety, restless feeling, nervousness, confusion, or diarrhea. If your doctor does prescribe these medications together, you may need a dose adjustment or special test to safely use both medications. It is important to tell your doctor about all other medications you use, including vitamins and herbs. Do not stop using any medications without first talking to your doctor.

Using dextromethorphan together with ethanol can increase nervous system side effects such as dizziness, drowsiness, and difficulty concentrating. Some people may also experience impairment in thinking and judgment. You should avoid or limit the use of alcohol while being treated with dextromethorphan. Do not use more than the recommended dose of dextromethorphan, and avoid activities requiring mental alertness such as driving or operating hazardous machinery until you know how the medication affects you. It is important to tell your doctor about all other medications you use, including vitamins and herbs. Do not stop using any medication without first talking to your doctor.

GENERALLY AVOID: In a small, randomized, crossover study, the administration of quinidine with grapefruit juice (compared to water) to healthy volunteers significantly prolonged the time to reach peak plasma quinidine concentrations and decreased the plasma concentrations of its major metabolite, 3-hydroxyquinidine. These changes were associated pharmacodynamically with both a delay and a reduction in the maximal effect on QTc interval. The proposed mechanism is delay of gastric emptying as well as inhibition of CYP450 3A4-mediated first-pass metabolism in the gut wall induced by certain compounds present in grapefruits.

MANAGEMENT: Given the drug's narrow therapeutic index, patients receiving quinidine therapy should avoid the consumption of grapefruits and grapefruit juice to prevent any undue fluctuations in plasma drug levels.

There are 734 drug interactions with Nuedexta (dextromethorphan / quinidine).

There are 7 disease interactions with Nuedexta (dextromethorphan / quinidine) which include: 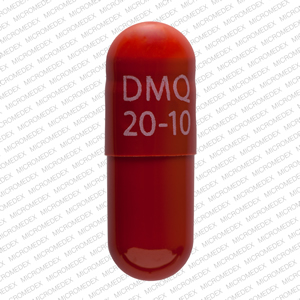