Has been used for the symptomatic management of parkinsonian syndrome†.

Has been used as monotherapy for initial symptomatic management of parkinsonian syndrome†. Most clinicians would use levodopa for initial therapy in individuals >70 years of age (less likely than younger individuals to develop levodopa-related motor complications and because of concerns about cognitive dysfunction), in patients with cognitive impairment, and in those with severe disease. A dopamine receptor agonist may be preferred for initial therapy in patients ≤70 years of age.

Has been used as an adjunct to levodopa for the symptomatic management of parkinsonian syndrome† in patients with advanced disease.

Administer orally without regard to meals.

Initiate at low dosage and increase slowly (at ≥4 week intervals) until therapeutic response is achieved.

Consider decreasing the dosage if normal serum prolactin concentrations maintained for 24 months and size of tumor decreased ≥50%; periodically monitor to determine whether retreatment is needed. Some patients (e.g., those with microadenomas) may be able to discontinue the drug; discontinuance in those with macroadenomas should be undertaken with extreme caution. The manufacturer states that efficacy >24 months not established.

Initiate at low dosage and increase slowly (at intervals of 7 or 14 days) until the maximum therapeutic response is achieved.

Therapy has been initiated with 1 mg once daily, then increased in increments of 0.5–1 mg at 7 or 14 day intervals until control of symptoms obtained.

When cabergoline is used as an adjunct to levodopa, the levodopa dosage may be decreased gradually as tolerated.

Dosages >1 mg twice weekly have not been systematically evaluated.

No specific dosage recommendations at this time; use with caution in patients with severe hepatic impairment. (See Hepatic Impairment under Cautions and also see Absorption: Special Populations, under Pharmacokinetics.)

No specific dosage recommendations at this time. (See Elimination: Special Populations, under Pharmacokinetics.)

Should not be used in patients with pregnancy-induced hypertension (e.g., preeclampsia, eclampsia) unless potential benefits outweigh possible risks.

Use with caution in patients with history of, or current signs and/or symptoms of, respiratory or cardiac disorders linked to fibrotic tissue.

Not indicated for the inhibition or suppression of lactation. Hypertension, cerebrovascular accidents, and seizures reported rarely when another dopamine receptor agonist (i.e., bromocriptine) was used for this indication.

Category B. (See Hypertension during Pregnancy under Cautions.)

Not known whether cabergoline is distributed into milk; drug is expected to interfere with lactation. Discontinue nursing or the drug.

Insufficient experience from clinical studies to determine whether patients ≥65 years of age respond differently than younger adults. Other clinical experience has not identified age-related differences in responses.

Food does not alter the pharmacokinetics of cabergoline.

Extensively distributed throughout the body, including the CNS.

Excreted in feces (72%) and in urine (18% as metabolites and unchanged drug).

Pharmacokinetic values not altered in patients with moderate to severe renal impairment. 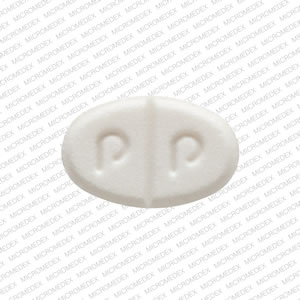