Rytary: 7 things you should know

Rytary is an extended-release (long-lasting) medication that may be used for the treatment of Parkinson's disease that is available in four different strengths: Rytary 23.75/95, Rytary 36.25/145, Rytary 48.75/195, and Rytary 61.25/245. Nausea, dizziness, a headache, dry mouth, and insomnia are the most common side effects reported with Rytary and it has an advantage over immediate-release forms of carbidopa/levodopa (such as Sinemet) in that it only needs to be dosed three times a day.

Medicines that interact with Rytary may either decrease its effect, affect how long it works for, increase side effects, or have less of an effect when taken with Rytary. An interaction between two medications does not always mean that you must stop taking one of the medications; however, sometimes it does. Speak to your doctor about how drug interactions should be managed.

Common medications that may interact with Rytary include:

Rytary may be given to people receiving supplemental pyridoxine (vitamin B6) because carbidopa inhibits the pyridoxine-increased decarboxylation of levodopa.

Note that this list is not all-inclusive and includes only common medications that may interact with Rytary. You should refer to the prescribing information for Rytary for a complete list of interactions.

Remember, keep this and all other medicines out of the reach of children, never share your medicines with others, and use Rytary only for the indication prescribed. 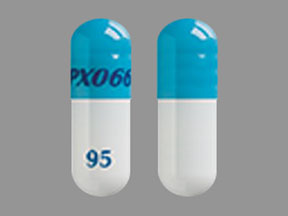