Medically reviewed by Drugs.com. Last updated on May 5, 2022.

Note: This document contains side effect information about entecavir. Some of the dosage forms listed on this page may not apply to the brand name Baraclude.

Severe acute exacerbations of hepatitis B have been reported in patients who have discontinued anti-hepatitis B therapy, including entecavir. Hepatic function should be monitored closely for at least several months after discontinuation. Initiation of anti-hepatitis B therapy may be warranted. Entecavir is not recommended in patients co-infected with human immunodeficiency virus (HIV) and hepatitis B virus (HBV) who are not also receiving highly active antiretroviral therapy (HAART) because of the potential for the development of resistance to HIV nucleoside reverse transcriptase inhibitors. Lactic acidosis and severe hepatomegaly with steatosis, including fatal cases, have been reported with the use of nucleoside analogue inhibitors.

Along with its needed effects, entecavir (the active ingredient contained in Baraclude) may cause some unwanted effects. Although not all of these side effects may occur, if they do occur they may need medical attention.

Check with your doctor immediately if any of the following side effects occur while taking entecavir:

Some side effects of entecavir may occur that usually do not need medical attention. These side effects may go away during treatment as your body adjusts to the medicine. Also, your health care professional may be able to tell you about ways to prevent or reduce some of these side effects.

The most common side effects reported in patients with chronic hepatitis B virus (HBV) infection and compensated liver disease during clinical trials have included headache, fatigue, dizziness, and nausea. One percent of patients discontinued therapy due to side effects or laboratory abnormalities (compared to 4% of lamivudine-treated patients).

The most common side effects reported in patients with chronic HBV infection and evidence of hepatic decompensation (n=102) through Week 48 of a study have included peripheral edema, ascites, pyrexia, hepatic encephalopathy, and upper respiratory infection. The cumulative death rate was 23% with entecavir (the active ingredient contained in Baraclude) during the first 48 weeks of therapy (compared to 33% with adefovir). The majority of deaths were due to liver-related causes such as hepatic failure, hepatic encephalopathy, hepatorenal syndrome, and upper gastrointestinal hemorrhage. Through Week 48, up to 7% of patients discontinued this drug due to a side effect.[Ref]

Posttreatment exacerbations of hepatitis or ALT flare, as defined by ALT greater than 10 times ULN and greater than 2 times baseline, have been reported in patients who discontinued therapy at or after 52 weeks after achieving a defined treatment response (nucleoside-naive hepatitis B e antigen [HBeAg]-positive: 2%; nucleoside-naive HBeAg-negative: 8%; lamivudine-refractory: 12%). The median time to exacerbation was 23 to 24 weeks. The rate may be higher in patients who discontinue this drug without regard to treatment response.

Frequency not reported: Elevated AST, lactic acidosis and severe hepatomegaly with steatosis (including fatal cases), severe acute exacerbations of hepatitis B (after discontinuation of therapy)

Decreased albumin (less than 2.5 g/dL) and platelets (less than 50,000/mm3) were reported in 30% and 20% of patients with hepatic decompensation, respectively.

Peripheral edema, ascites, and pyrexia were reported in patients with hepatic decompensation.[Ref]

Hepatocellular carcinoma was reported in patients with hepatic decompensation.

Malignant neoplasms, occurring at a rate of 8.4 per 1000 patient-years, have been reported.[Ref]

Upper respiratory infection was reported in patients with hepatic decompensation.[Ref]

Elevated fasting hyperglycemia (greater than 250 mg/dL) was reported in up to 3% of patients.

Decreased blood bicarbonate was reported in patients with hepatic decompensation.

8. Woodland AM, Sims KA "Entecavir: a new nucleoside analog for the treatment of chronic hepatitis B infection." Pharmacotherapy 26 (2006): 1745-57 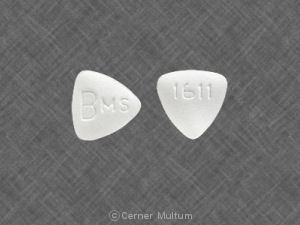