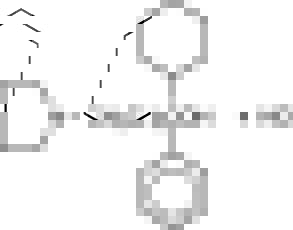 Pharmacologic tests have shown that procyclidine hydrochloride has an atropine-like action and exerts an antispasmodic effect on smooth muscle. It is a potent mydriatic and inhibits salivation. It has no sympathetic ganglion- blocking activity in doses as high as 4 mg/kg, as measured by the lack of inhibition of the response of the nictitating membrane to preganglionic electrical stimulation.

The intravenous LD50 in mice was about 60 mg/kg. Subcutaneously, doses of 300 mg/kg were not toxic. In dogs, the intraperitoneal administration of procyclidine hydrochloride in doses of 5 mg/kg caused maximal dilation of the pupil and inhibition of salivation, but had no toxic action. When the dose was increased to 20 mg/kg, the same symptoms occurred, and in addition there were tremors and ataxia lasting 4 to 5 hours. In one animal, convulsions occurred which were controlled by pentobarbital. In all animals behavior returned to normal within 24 hours.

Chronic toxicity tests in rats showed that the compound caused only a very slight retardation in growth, and no change in the erythrocyte count or the histological appearance of the lungs, liver, spleen, and kidney when as much as 10 mg/kg body weight was given subcutaneously daily for 9 weeks.

Kemadrin (procyclidine hydrochloride) is indicated in the treatment of parkinsonism including the postencephalitic, arteriosclerotic, and idiopathic types. Partial control of the parkinsonism symptoms is the usual therapeutic accomplishment. Procyclidine hydrochloride is usually more efficacious in the relief of rigidity than tremor; but tremor, fatigue, weakness, and sluggishness are frequently beneficially influenced. It can be substituted for all the previous medications in mild and moderate cases. For the control of more severe cases, other drugs may be added to procyclidine therapy as indications warrant.

Clinical reports indicate that procyclidine often successfully relieves the symptoms of extrapyramidal dysfunction (dystonia, dyskinesia, akathisia, and parkinsonism) which accompany the therapy of mental disorders with phenothiazine and rauwolfia compounds. In addition to minimizing the symptoms induced by tranquilizing drugs, the drug effectively controls sialorrhea resulting from neuroleptic medication. At the same time, freedom from the side effects induced by tranquilizer drugs, as provided by the administration of procyclidine, permits a more sustained treatment of the patient’s mental disorder.

Clinical results in the treatment of parkinsonism indicate that most patients experience subjective improvement characterized by a feeling of well-being and increased alertness, together with diminished salivation and a marked improvement in muscular coordination as demonstrated by objective tests of manual dexterity and by increased ability to carry out ordinary self-care activities. While the drug exerts a mild atropine-like action and therefore causes mydriasis, this may be kept minimal by careful adjustment of the daily dosage.

Procyclidine hydrochloride should not be used in angle-closure glaucoma although simple type glaucomas do not appear to be adversely affected.

Use in Children: Safety and efficacy have not been established in the pediatric age group; therefore, the use of procyclidine hydrochloride in this age group requires that the potential benefits be weighed against the possible hazards to the child.

Pregnancy Warning: The safe use of this drug in pregnancy has not been established; therefore, the use of procyclidine hydrochloride in pregnancy, lactation, or in women of childbearing age requires that the potential benefits be weighed against the possible hazards to the mother and child.

Conditions in which inhibition of the parasympathetic nervous system is undesirable, such as tachycardia and urinary retention (such as may occur with marked prostatic hypertrophy), require special care in the administration of the drug. Hypotensive patients who receive the drug should be observed closely. Occasionally, particularly in older patients, mental confusion and disorientation may occur with the development of agitation, hallucinations, and psychotic-like symptoms.

Patients with mental disorders occasionally experience a precipitation of a psychotic episode when the dosage of antiparkinsonism drugs is increased to treat the extrapyramidal side effects of phenothiazine and rauwolfia derivatives.

Anticholinergic effects can be produced by therapeutic doses although these can frequently be minimized or eliminated by careful dosage. They include: dryness of the mouth, mydriasis, blurring of vision, giddiness, lightheadedness, and gastrointestinal disturbances such as nausea, vomiting, epigastric distress, and constipation. Occasionally an allergic reaction such as a skin rash may be encountered. Feelings of muscular weakness may occur. Acute suppurative parotitis as a complication of dry mouth has been reported.

For Parkinsonism: The dosage of the drug for the treatment of parkinsonism depends upon the age of the patient, the etiology of the disease, and individual responsiveness. Therefore, the dosage must remain flexible to permit adjustment to the individual tolerance and requirements of each patient. In general, younger and postencephalitic patients require and tolerate a somewhat higher dosage than older patients and those with arteriosclerosis.

For Patients Who Have Received No Other Therapy: The usual dose of procyclidine hydrochloride for initial treatment is 2.5 mg administered three times daily after meals. If well tolerated, this dose may be gradually increased to 5 mg three times a day and occasionally 5 mg given before retiring. In some cases smaller doses may be employed with good therapeutic results.

Occasionally a patient is encountered who cannot tolerate a bedtime dose of the drug. In such cases it may be desirable to adjust dosage so that the bedtime dose is omitted and the total daily requirement is administered in three equal daytime doses. It is best administered during or after meals to minimize the development of side reactions.

To Transfer Patients to Kemadrin from Other Therapy: Patients who have been receiving other drugs may be transferred to procyclidine hydrochloride. This is accomplished gradually by substituting 2.5 mg three times a day for all or part of the original drug. The dose of procyclidine is then increased as required while that of the other drug is correspondingly omitted or decreased until complete replacement is achieved. The total daily dosage may then be adjusted to the level which produces maximum benefit.

For Drug-Induced Extrapyramidal Symptoms: For treatment of symptoms of extrapyramidal dysfunction induced by tranquilizer drugs during the therapy of mental disorders, the dosage of procyclidine hydrochloride will depend on the severity of side effects associated with tranquilizer administration. In general, the larger the dosage of the tranquilizer, the more severe will be the associated symptoms, including rigidity and tremors. Accordingly, the drug dosage should be adjusted to suit the needs of the individual patient and to provide maximum relief of the induced symptoms. A convenient method to establish the daily dosage of procyclidine is to begin with the administration of 2.5 mg three times daily. This may be increased by 2.5 mg daily increments until the patient obtains relief of symptoms. In most cases excellent results will be obtained with 10 to 20 mg daily.

Prescribing Information as of June 2003. 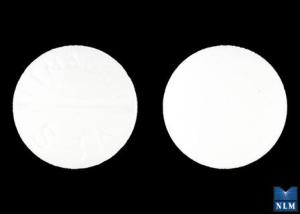