Methylergonovine maleate is a semi-synthetic ergot alkaloid used for the prevention and control of postpartum hemorrhage.

Methylergonovine maleate acts directly on the smooth muscle of the uterus and increases the tone, rate, and amplitude of rhythmic contractions. Thus, it induces a rapid and sustained tetanic uterotonic effect which shortens the third stage of labor and reduces blood loss. The onset of action after I.V. administration is immediate; after I.M. administration, 2-5 minutes, and after oral administration, 5-10 minutes.

Pharmacokinetic studies following an I.V. injection have shown that methylergonovine is rapidly distributed from plasma to peripheral tissues within 2-3 minutes or less. The bioavailability after oral administration was reported to be about 60% with no accumulation after repeated doses. During delivery, with intramuscular injection, bioavailability increased to 78%. Ergot alkaloids are mostly eliminated by hepatic metabolism and excretion, and the decrease in bioavailability following oral administration is probably a result of first-pass metabolism in the liver.

Bioavailability studies conducted in fasting healthy female volunteers have shown that oral absorption of a 0.2 mg methylergonovine tablet was fairly rapid with a mean peak plasma concentration of 3243 ± 1308 pg/mL observed at 1.12 ± 0.82 hours. For a 0.2 mg intramuscular injection, a mean peak plasma concentration of 5918 ± 1952 pg/mL was observed at 0.41 ± 0.21 hours. The extent of absorption of the tablet, based upon methylergonovine plasma concentrations, was found to be equivalent to that of the I.M. solution given orally, and the extent of oral absorption of the I.M. solution was proportional to the dose following administration of 0.1, 0.2, and 0.4 mg. When given intramuscularly, the extent of absorption of methylergonovine maleate solution was about 25% greater than the tablet. The volume of distribution (Vdss/F) of methylergonovine was calculated to be 56.1 ± 17.0 liters, and the plasma clearance (CLp/F) was calculated to be 14.4 ± 4.5 liters per hour. The plasma level decline was biphasic with a mean elimination half-life of 3.39 hours (range 1.5 to 12.7 hours). A delayed gastrointestinal absorption (Tmax about 3 hours) of methylergonovine maleate tablet might be observed in postpartum women during continuous treatment with this oxytocic agent.

This drug should not be administered I.V. routinely because of the possibility of inducing sudden hypertensive and cerebrovascular accidents. If I.V administration is considered essential as a lifesaving measure, methylergonovine maleate should be given slowly over a period of no less than 60 seconds with careful monitoring of blood pressure. Intra-arterial or periarterial injection should be strictly avoided.

Caution should be exercised in presence of impaired hepatic or renal function.

Inadvertent administration of methylergonovine maleate to new born infants has been reported. In these cases of inadvertent neonatal exposure, symptoms such as respiratory depression, convulsions, cyanosis and oliguria have been reported. Usual treatment is symptomatic. However, in severe cases, respiratory and cardiovascular support is required.

Caution should be exercised in the presence of sepsis, obliterative vascular disease. Also use with caution during the second stage of labor. The necessity for manual removal of a retained placenta should occur only rarely with proper technique and adequate allowance of time for its spontaneous separation.

There have been rare reports of serious adverse events in connection with the coadministration of certain ergot alkaloid drugs (e.g., dihydroergotamine and ergotamine) and potent CYP 3A4 inhibitors, resulting in vasospasm leading to cerebral ischemia and/or ischemia of the extremities. Although there have been no reports of such interactions with methylergonovine alone, potent CYP 3A4 inhibitors should not be coadministered with methylergonovine. Examples of some of the more potent CYP 3A4 inhibitors include macrolide antibiotics (e.g., erythromycin, troleandomycin, clarithromycin), HIV protease or reverse transcriptase inhibitors (e.g., ritonavir, indinavir, nelfinavir, delavirdine) or azole antifungals (e.g., ketoconazole, itraconazole, voriconazole). Less potent CYP3A4 inhibitors should be administered with caution. Less potent inhibitors include saquinavir, nefazodone, fluconazole, grapefruit juice, fluoxetine, fluvoxamine, zileuton, and clotrimazole. These lists are not exhaustive, and the prescriber should consider the effects on CYP 3A4 of other agents being considered for concomitant use with methylergonovine.

Drugs (e.g. nevirapine, rifampicin) that are strong inducers of CYP3A4 are likely to decrease the
pharmacological action of methylergonovine maleate.

Anesthetics like halothan and methoxyfluran may reduce the oxytocic potency of methylergonovine maleate.

Caution should be exercised when methylergonovine maleate is used concurrently with other vasoconstrictors, ergot alkaloids, or prostaglandins.

The uterotonic effect of methylergonovine maleate is utilized after delivery to assist involution and decrease hemorrhage, shortening the third stage of labor.

Mothers should not breast-feed during treatment with methylergonovine maleate and at least 12 hours after administration of the last dose. Milk secreted during this period should be discarded.

Clinical studies of methylergonovine maleate did not include sufficient number of subjects aged 65 and over to determine whether they respond differently from younger subjects. Other reported clinical experience has not identified differences in response between the elderly and younger patients. In general dose selection for an elderly patient should be cautious, usually starting at the low end of the dosing range, reflecting the greater frequency of decreased hepatic, renal, or cardiac function, and of concomitant disease or other drug therapy.

The following adverse drug reactions have been derived from post-marketing experience with methylergonovine maleate via spontaneous case reports. Because these reactions are reported voluntarily from a population of uncertain size, it is not possible to reliably estimate their frequency which is therefore categorized as not known.

Methylergonovine maleate has not been associated with drug abuse or dependence of either a physical or psychological nature.

Because reports of overdosage with methylergonovine maleate are infrequent, the lethal dose in humans has not been established. The oral LD50(in mg/kg) for the mouse is 187, the rat 93, and the rabbit 4.5. Several cases of accidental methylergonovine maleate injection in new born infants have been reported, and in such cases 0.2 mg represents an overdose of great magnitude. However, recovery occurred in all but one case following a period of respiratory depression, hypothermia, hypertonicity with jerking movements, and convulsions.

Also, several children 1-3 years of age have accidentally ingested up to 10 tablets (2 mg) with no apparent ill effects. A postpartum patient took 4 tablets at one time in error and reported paresthesias and clamminess as her only symptoms.

Treatment of acute overdosage is symptomatic and includes the usual procedures of:
1. removal of offending drug by inducing emesis, gastric lavage, catharsis, and supportive diuresis.
2. maintenance of adequate pulmonary ventilation, especially if convulsions or coma develop.
3. correction of hypotension with pressor drugs as needed.
4. control of convulsions with standard anticonvulsant agents.
5. control of peripheral vasospasm with warmth to the extremities if needed.

How is Methylergonovine Maleate Tablets Supplied

White to off-white, round shape, biconvex compressed tablets debossed with "C" on one side and "2" on the other side.
Available in bottles of 7, 12, 28 and 100 tablets. 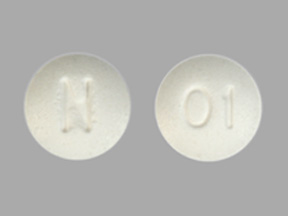