Guaifenesin is an expectorant having the chemical name, 1,2-Propanediol, 3-(2-methoxyphenoxy)-, (±)-. With the following structural formula:

Pseudoephedrine hydrochloride is a nasal decongestant having the chemical name: Benzenemethanol, α-[1-(methylamino)ethyl]-, [S-(R*,R*)]-, hydrochloride. With the following structural formula:

Dextromethorphan hydrobromide is a salt of the methyl ether of the dextrorotatory isomer of levorphanol, a narcotic analgesic, and is antitussive having the chemical name: Morphinan, 3-methoxy-17-methyl-, (9α, 13α, 14α)-, hydrobromide, monohydrate. With the following structural formula: 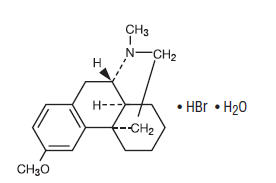 Acetaminophen is a non-opiate, non-salicylate analgesic and antipyretic having the chemical name, 4'hydroxyacetanilide. With the following structural formula:

Dextromethorphan is an antitussive agent, which, unlike the isomeric levorphanol, has no analgesic or addictive properties. The drug acts centrally and elevates the threshold for coughing. It is about equal to codeine in depressing the cough reflex. In therapeutic doses, it does not inhibit ciliary activity. Dextromethorphan is rapidly absorbed from the gastrointestinal tract, metabolized by the liver and excreted primarily in the urine.

Acetaminophen is an analgesic and antipyretic and is metabolized primarily in the liver. Little unchanged drug is excreted in the urine, but most metabolic products appear in the urine within 24 hours.

Indications and Usage for Flutabs

For the temporary relief of minor aches and pains, headache, muscular aches and sore throat associated with cold or flu, and to reduce fever. Temporarily relieves cough due to minor throat and bronchial irritation and nasal congestion as may occur with a cold. Helps loosen phlegm (mucus) and thin bronchial secretions to rid the bronchial passageways of bothersome mucus, drain bronchial tubes, and make coughs more productive. Flutabs™ is also indicated for the relief of nasal congestion due to the common cold, hay fever, or other respiratory allergies and nasal congestion associated with sinusitis.

Patients with a known hypersensitivity to any of its ingredients, in nursing mothers, or in patients with severe hypertension, severe coronary artery disease, prostatic hypertrophy, or in patients on MAO inhibitor therapy (or for 14 days after stopping MAOI therapy).

Sympathomimetic amines should be used with caution in patients with hypertension, diabetes mellitus, heart disease, peripheral vascular disease, increased intraocular pressure, hyperthyroidism, or prostatic hypertrophy. Chronic heavy alcohol abusers may be at increased risk of liver toxicity from excessive acetaminophen use, although reports of this event are rare. Reports almost invariably involve cases of severe chronic alcoholics and the dosages of acetaminophen most often exceed recommended doses and often involve substantial overdose. Professionals should alert their patients who regularly consume large amounts of alcohol not to exceed recommended doses of acetaminophen.

Hypertensive patients should use only with medical advice, as they may experience a change in blood pressure due to added vasoconstriction.

Persistent cough may indicate a serious condition. If cough persists for more than one week, tends to recur, or is accompanied by a high fever, rash, or persistent headache, consult a physician. Do not take this product for persistent or chronic cough such as occurs with smoking, asthma, chronic bronchitis, or emphysema, or where cough is accompanied by excessive phlegm (mucus) unless directed by a doctor.

Guaifenesin has been reported to interfere with clinical laboratory determinations of urinary 5-hydroxyindoleacetic acid (5-HIAA) and urinary vanillylmandelic acid (VMA).

Contraindicated in the nursing mother because of the higher than usual risks to infants from sympathomimetic agents.

Patients 60 years and older are more likely to experience adverse reactions to sympathomimetics. Overdose may cause hallucinations, convulsions, CNS depression and death.

Demonstrate safe use of a short-acting sympathomimetic before use of a sustained action formulation in elderly patients.

Safety and effectiveness in the pediatric population, under 12, have not been established.

Treatment of overdosage should provide symptomatic care. If the amount ingested is considered dangerous or excessive, induce vomiting with ipecac syrup unless the patient is convulsing, comatose, or has lost the gag reflex, in which case perform gastric lavage using a large-bore tube. If indicated, follow with activated charcoal and a saline cathartic. In acute acetaminophen overdosage, dose-dependent, potentially fatal hepatic necrosis is the most serious adverse effect. Renal tubular necrosis, hypoglycemic coma, and thrombocytopenia may also occur. In adults, hepatic toxicity has rarely been reported with acute overdoses of less than 10 grams and fatalities with less than 15 grams. Importantly, young children seem to be more resistant than adults to the hepatotoxic effect of an acetaminophen overdose. Despite this, the measures outlined below should be initiated in any adult or child suspected of having ingested an acetaminophen overdose.

Early symptoms following a potentially hepatotoxic overdose may include

Nausea, vomiting, diaphoresis, and general malaise. Clinical and laboratory evidence of hepatic toxicity may not be apparent until 48-72 hours post-ingestion. The stomach should be emptied promptly by lavage or by induction of emesis with syrup of ipecac. Patient's estimates of the quantity of a drug ingested are notoriously unreliable. Therefore, if an acetaminophen overdose is suspected, a serum acetaminophen assay should be obtained as early as possible, but no sooner than four hours following ingestion. Liver function studies should be obtained initially and repeated at 24 hour intervals.

The antidote, N-acetylcysteine, should be administered as early as possible, preferably within 16 hours of the overdose ingestion for optimal results, but in any case, within 24 hours. Following recovery, there are no residual, structural or functional hepatic abnormalities.

Adults and adolescents 12 years of age and older: One tablet four times per day not to exceed 4 tablets in 24 hours. (see PRECAUTIONS, Pediatric Use.) Geriatric patients may be more sensitive to the effects of this medication. Adjust adult dose accordingly.

KEEP THIS AND ALL MEDICATION OUT OF THE REACH OF CHILDREN. IN CASE OF ACCIDENTAL OVERDOSE, SEEK PROFESSIONAL ASSISTANCE OR CONTACT A POISON CONTROL CENTER IMMEDIATELY.

Dispense in a tight, light-resistant container with a child-resistant closure as defined in the USP/NF.

All prescription substitutions using this product shall be pursuant to state statutes as applicable. This is not an Orange Book product. 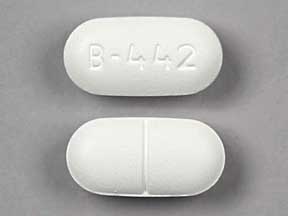