Caffeine is pharmacologically similar to the other xanthine drugs, such as theobromine and theophylline; however, these three agents differ in the intensity of their actions on various structures. Caffeine's CNS and skeletal muscle effects are greater than those of the other xanthines. In all other areas, theophylline has greater activity than caffeine, although some studies report that caffeine has greater diuretic effect than theobromine. The increased levels of intracellular cyclic-AMP mediate most of caffeine's pharmacologic actions. Caffeine competitively inhibits phosphodiesterase, the enzyme that degrades cyclic 3'- 5' adenosine monophosphate. Caffeine stimulates all levels of the CNS. Caffeine's cortical effects are milder and of shorter duration than those of the amphetamines. In slightly larger doses, caffeine stimulates medullary vagal, vasomotor and respiratory centers, promoting bradycardia, vasoconstriction, and increased respiratory rate.

Caffeine produces a positive inotropic effect of the myocardium and a positive chronotropic effect at the sinoatrial node, causing transient increases in heart rate, force of contraction, cardiac output and heart work. In doses greater than 250 mg, the centrally mediated vagal effects of caffeine may be masked by increased sinus rates; tachycardia, extrasystoles, or other major ventricular arrhythmias may result.

Caffeine stimulates glycogenolysis and lipolysis, but increase in blood glucose and in plasma lipids are insignificant in normal patients. Tolerance may develop to the diuretic, cardiovascular, and CNS effects of caffeine.

Caffeine is rapidly distributed throughout the body tissues, readily crossing the placenta and blood-brain barrier. Approximately 17% of the drug is bound to plasma proteins. Caffeine has approximately a half-life (T ½) of 3-4 hours in adults. In adults, the drug is rapidly metabolized in the liver to 1-methyluric acid, 1-methylxanthine and 7-methylxanthine. Caffeine and its metabolites are excreted primarily by the kidneys.

Indications and Usage for Caffeine and Sodium Benzoate Injection

Caffeine and Sodium Benzoate Injection has been used in conjunction with supportive measure to treat respiratory depression associated with overdosage with CNS depressant drugs (e.g., narcotic analgesics, alcohol). However, because of questionable benefit and transient action, most authorities believe caffeine and other analeptics should not be used in these conditions and recommend other supportive therapy.

Caffeine and other xanthines may enhance the cardiac inotropic effects of ß-adrenergic stimulating agents. Caffeine has also been reported to increase its own metabolism and that of other drugs, including phenobarbital and aspirin. Caffeine produces false-positive elevations of serum urate as measured by the Bittner method. The drug also produces slight increases in urine levels of vanilamandelic acid (VMA), catecholamines, and 5-hydrocyindoleacetic acid. Because high urine levels of VMA or catecholamines may result in false-positive diagnosis of pheochromocytoma or neuroblastoma, caffeine intake should be avoided during tests for these disorders.

Acute toxicity involving caffeine has been reported rarely. Mild delirium, insomnia, diuresis, dehydration, and fever commonly occur with overdosage. More serious symptoms of overdosage include cardiac arrhythmias and clonic-tonic convulsions. In adults, IV doses of 57 mg/kg of body weight and oral doses of 18.50 grams have been fatal. In one 5-year-old patient, death occurred following oral ingestion of approximately 3 grams of caffeine. Convulsions may be treated with IV administration of diazepam or a barbiturate such as pentobarbital sodium.

Caffeine and Sodium Benzoate Injection may be administered by intramuscular or slow intravenous injection.

Analeptic use of caffeine is strongly discouraged by most clinicians. However, the manufacturer of Caffeine and Sodium Benzoate Injection recommends intramuscular, or in emergency respiratory failure, intravenous injection of 500 mg of the drug (about 250 mg of anhydrous caffeine) or a maximum single dose of 1 gram (about 500 mg of anhydrous caffeine) for the treatment of respiratory depression associated with overdosage of CNS depressants, including narcotic analgesics and alcohol, and with electric shock.

The usual dose is 0.5 g (7 ½ grains) as frequently as directed by the physician. The maximum safe dose is 0.5 g and the total dose in 24 hours should rarely exceed 2.5 g.

Parenteral drug products should be inspected visually for particulate matter prior to administration whenever solution and container permit.

How is Caffeine and Sodium Benzoate Injection Supplied

2 mL SINGLE DOSE VIAL
FOR IM OR SLOW IV USE

FOR IM OR SLOW IV USE 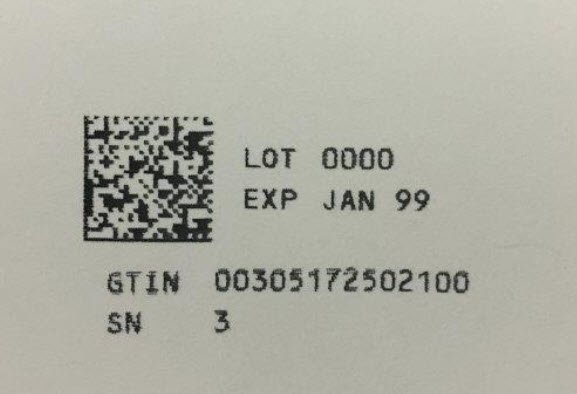 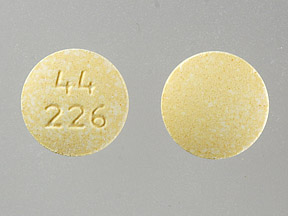