This drug is indicated for the treatment of myasthenia gravis.

Routine administration of atropine with Mytelase is contraindicated since belladonna derivatives may suppress the parasympathomimetic (muscarinic) symptoms of excessive gastrointestinal stimulation, leaving only the more serious symptoms of fasciculation and paralysis of voluntary muscles as signs of overdosage.

Because this drug has a more prolonged action than other antimyasthenic drugs, simultaneous administration with other cholinergics is contraindicated except under strict medical supervision. The overlap in duration of action of several drugs complicates dosage schedules. Therefore, when a patient is to be given the drug, the administration of all other cholinergics should be suspended until the patient has been stabilized. In most instances the myasthenic symptoms are effectively controlled by its use alone.

Great care and supervision are required, since the warning of overdosage is minimal and the requirements of patients vary tremendously. It must be borne in mind constantly that a narrow margin exists between the first appearance of side effects and serious toxic effects. Caution in increasing the dosage is essential.

Safe use of this drug during pregnancy has not been established. Therefore, before use of Mytelase in pregnant women or women of childbearing potential, the potential benefits should be weighed against possible risks to mother and fetus.

Clinical Studies of Mytelase did not include sufficient numbers of subjects aged 65 and over to determine whether they respond differently from younger subjects. Other reported clinical experience has not identified differences in responses between the elderly and younger patients. In general, dose selection for an elderly patient should be cautious, usually starting at the low end of the dosing range, reflecting the greater frequency of decreased hepatic, renal, or cardiac function, and of concomitant disease or other drug therapy.

Adverse effects of anticholinesterase agents such as Mytelase usually result from overdosage and include muscarinic effects such as excessive salivation, abdominal cramps, diarrhea, miosis, urinary urgency, sweating, nausea, increase in bronchial and lachrymal secretions, and vomiting, and nicotinic effects such as muscle cramps, fasciculation of voluntary muscles, and rarely generalized malaise with anxiety and vertigo. (See OVERDOSAGE.)

The oral dose must be individualized according to the patient's response because the disease varies widely in its severity in different patients and because patients vary in their sensitivity to cholinergic drugs. Since the point of maximum therapeutic effectiveness with optimal muscle strength and no gastrointestinal disturbances is a highly critical one, the close supervision of a physician familiar with the disease is necessary.

Because its action is longer, administration of Mytelase is necessary only every three or four hours, depending on the clinical response. Usually medication is not required throughout the night, so that the patient can sleep uninterruptedly.

For the patient with moderately severe myasthenia, from 5 mg to 25 mg of Mytelase three or four times daily is an effective dose. In some patients a 5 mg dose is effective, whereas other patients require as much as from 50 mg to 75 mg per dose. The physician should start with a 5 mg dose, carefully observing the effect of the drug on the patient. The dosage may then be increased gradually to determine the effective and safe dose. The longer duration of action of Mytelase makes it desirable to adjust dosage at intervals of one to two days to avoid drug accumulation and overdosage. (See OVERDOSAGE.)

In addition to individual variations in dosage requirements, the amount of cholinergic medication necessary to control symptoms may fluctuate in each patient, depending on his activity and the current status of the disease, including spontaneous remission. A few patients have required greater doses for adequate control of myasthenic symptoms, but increasing the dosage above 200 mg daily requires exacting supervision of a physician well aware of the signs and treatment of overdosage with cholinergic medication.

Edrophonium (Tensilon®) may be used to evaluate the adequacy of the maintenance dose of anti-cholinesterase medication. Two mg edrophonium are administered intravenously one hour after the last anticholinesterase dose. A transient increase in strength occurring about 30 seconds later and lasting 3 to 5 minutes indicates insufficient maintenance dose. If the dose is adequate or excessive, no change or a transient decrease in strength will occur, sometimes accompanied by muscarinic symptoms.

When the drug produces overstimulation, the clinical picture is one of increasing parasympathomimetic action that is more or less characteristic when not masked by the use of atropine.

Signs and symptoms of overdosage, including cholinergic crises, vary considerably. They are usually manifested by increasing gastrointestinal stimulation with epigastric distress, abdominal cramps, diarrhea and vomiting, excessive salivation, pallor, pollakiuria, cold sweating, urinary urgency, blurring of vision, and eventually fasciculation and paralysis of voluntary muscles, including those of the tongue (thick tongue and difficulty in swallowing), shoulder, neck, and arms. Rarely, generalized malaise and vertigo may occur. Miosis, increase in blood pressure with or without bradycardia, and finally, subjective sensations of internal trembling, and often severe anxiety and panic may complete the picture. A cholinergic crisis is usually differentiated from the weakness and paralysis of myasthenia gravis insufficiently treated by cholinergic drugs by the fact that myasthenic weakness is not accompanied by any of the above signs and symptoms, except the last two subjective ones (anxiety and panic).

Since the warning of overdosage is minimal, the existence of a narrow margin between the first appearance of side effects and serious toxic effects must be borne in mind constantly. If signs of overdosage occur (excessive gastrointestinal stimulation, excessive salivation, miosis, and more serious fasciculations of voluntary muscles) discontinue temporarily all cholinergic medication and administer from 0.5 mg to 1 mg (1/120 to 1/60 grain) of atropine intravenously. It must be noted that atropine reverses effects of excessive acetylcholine due to overdosage at the muscarinic receptors but not the effects at the nicotinic receptors such as fasciculations and paralysis of respiratory muscles. Pralidoxime chloride may be used to alleviate these effects at the nicotinic receptors since pralidoxime has its most critical effect in relieving paralysis of the muscles of respiration. However, because pralidoxime is less effective in relieving depression of the respiratory center, atropine is always required concomitantly to block the effect of accumulated acetylcholine at this site. Give other supportive treatment as indicated (e.g. artificial respiration, tracheotomy, oxygen, and hospitalization). 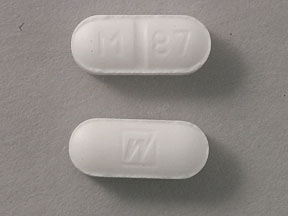