Medically reviewed by Drugs.com on Dec 1, 2021. Written by ASHP.

Symptomatic management of chorea associated with Huntington's disease in adults; designated an orphan drug by FDA for this use.

Patients receiving tetrabenazine may experience slight worsening of cognition, functional capacity, mood, or rigidity; not known whether these effects persist, worsen, or resolve over time. Periodically reevaluate long-term risks and benefits of the drug for the individual patient. (See Clinical Worsening and Adverse Events under Cautions.)

Has been used with some success for the symptomatic management of other hyperkinetic movement disorders (also called hyperkinesias), including hemiballismus†, senile chorea†, Tourette's syndrome (Gilles de la Tourette's syndrome)† (see Pediatric Use under Cautions), tic disorder†, and tardive dyskinesia† (including severe and/or refractory cases).

Available only through specialty pharmacies. Consult the Xenazine Information Center at 888-882-6013 or the manufacturer's website at [Web] for specific information.

Administer orally without regard to food.

Carefully titrate dosage over several weeks to determine an individualized dosage for chronic use that reduces chorea and is well tolerated.

Initially, 12.5 mg given once daily in the morning. Increase dosage after one week to 12.5 mg twice daily. Adjust subsequent dosages in 12.5-mg increments at weekly intervals.

If daily dosage is ≤50 mg, the maximum recommended single dose is 25 mg.

Manufacturer recommends CYP2D6 genotype testing prior to administering dosages >50 mg daily to determine whether patient is a poor, intermediate, or extensive metabolizer of CYP2D6 substrates. (See Table 1.) However, some clinicians prefer to adjust tetrabenazine dosage based on clinical response and tolerability.

Daily dosages >100 mg are not recommended; however, higher dosages have been used in some patients.

Initial dosage of 25 mg once or twice daily has been used in clinical studies in patients with various hyperkinesias, and then increased in 25-mg daily increments every 1–3 days until optimal therapeutic response, intolerable adverse effects, or maximum dosage of 100–200 mg daily was achieved.

One non-US manufacturer recommends initial dosage of 25 mg given 3 times daily, with titration in 25-mg daily increments every 3 or 4 days until maximum tolerated dosage (not exceeding 200 mg daily) is achieved in patients with hyperkinetic movement disorders other than tardive dyskinesia†. If no improvement occurs at maximum tolerated dosage within 7 days, drug is unlikely to be effective despite increase in dosage or duration of treatment.

One non-US manufacturer recommends initial dosage of 12.5 mg daily, with subsequent dosage titration based on response; discontinue if no clear benefit or if adverse effects cannot be tolerated.

Manufacturer in US provides no specific dosage recommendations. However, at least one manufacturer outside the US recommends reduced initial and maintenance dosages.

Risk of Depression and Suicidality

Increased risk for depression and for suicidal ideation and behavior (suicidality) in patients with Huntington's disease. Tetrabenazine increases this risk, which may increase with higher dosages. Depression or worsening of depression reported in 19–35% of tetrabenazine-treated patients; completed suicide, attempted suicide, and suicidal ideation reported. Depression more likely to occur or worsen in patients with history of depression.

Balance potential risks of depression and suicidality with clinical need for control of chorea. Closely observe patients for emergence or worsening of depression, suicidality, or unusual changes in behavior. Inform patients, caregivers, and families of these risks and instruct them to promptly report any behaviors of concern to the treating clinician. Immediately evaluate any patient with Huntington's disease who expresses suicidal ideation. Consider drug discontinuance if depression or suicidality does not resolve.

Exercise caution when treating patients with a history of depression or prior suicide attempts or ideation; such patients may be at an increased risk for suicidal behavior.

Contraindicated in patients who are actively suicidal or those with untreated or inadequately treated depression.

Slight worsening in mood, cognition, rigidity, and functional capacity may occur; unknown whether these effects persist, resolve, or worsen with continued treatment.

Immediately discontinue therapy and initiate supportive and symptomatic therapy if NMS occurs. Monitor for signs of recurrence if therapy is reinstituted following recovery from NMS.

Akathisia reported in up to 20% of tetrabenazine-treated patients.

Monitor for akathisia and symptoms of restlessness and agitation. Reduce tetrabenazine dosage if akathisia develops; drug discontinuance may be necessary in some patients.

Symptoms suggestive of parkinsonism (e.g., bradykinesia, hypertonia, rigidity) reported in 3–15% of tetrabenazine-treated patients. May be difficult to distinguish between drug-induced effect and rigidity associated with progression of Huntington's disease. For some patients, drug-induced parkinsonism may result in more functional disability than untreated chorea.

Dysphagia, sometimes associated with aspiration pneumonia, reported in 4–10% of tetrabenazine-treated patients. Causal relationship not established; dysphagia is a manifestation of Huntington's disease and esophageal dysmotility and dysphagia also are reported with drugs that reduce dopaminergic transmission, including tetrabenazine.

Sedation is the most common dose-limiting adverse effect. Sedation or somnolence reported in 17–57% of patients receiving tetrabenazine in clinical studies. Sedation was the reason for stopping upward titration of tetrabenazine dosage and/or decreasing dosage in 28% of patients in one placebo-controlled study. May occur at lower than recommended dosages in some patients. (See Dosage under Dosage and Administration and also see Advice to Patients.)

Small increase in corrected QT (QTc) interval reported. Avoid use in patients concurrently receiving other drugs known to prolong the QTc interval and in patients with congenital long QT syndrome or history of cardiac arrhythmias. (See Drugs that Prolong QT Interval under Interactions.)

Postural dizziness, including syncope and orthostasis, and dizziness reported. Consider monitoring orthostatic vital signs in patients who are vulnerable to hypotension.

May cause elevated serum prolactin concentrations.

If contemplating tetrabenazine therapy in a patient with previously detected breast cancer, consider that approximately one-third of human breast cancers are prolactin dependent in vitro. In addition, chronic hyperprolactinemia has been associated with low estrogen concentrations and an increased risk of osteoporosis.

Consider discontinuance of tetrabenazine if signs and symptoms of tardive dyskinesia appear.

Binds to melanin-containing tissues, possibly resulting in accumulation and toxicity with long-term use; clinical importance unknown. Ophthalmologic monitoring in clinical studies was inadequate to exclude possibility of injury after long-term drug exposure.

Although there are no specific recommendations for periodic ophthalmologic monitoring, clinicians should be aware of possible long-term ophthalmologic effects in patients receiving tetrabenazine.

Not known whether tetrabenazine or its metabolites distribute into milk; however, at least one study suggests that the drug is distributed into human milk. Discontinue nursing or the drug.

Based on clinical experience, one manufacturer suggests starting tetrabenazine at approximately 50% of the adult dosage and titrating the dosage slowly according to tolerance and patient response.

Pharmacokinetics not evaluated in geriatric individuals. (See Geriatric Patients under Dosage and Administration.)

Decreased tetrabenazine metabolism in patients with mild to moderate hepatic impairment. Safety and efficacy of increased exposure to the drug and its metabolites unknown; dosage adjustments to ensure safe use are not possible in hepatic impairment. Use contraindicated.

Pharmacokinetics not evaluated in renal impairment.

Metabolized by carbonyl reductase to the active metabolites α-HTBZ and β-HTBZ, which are metabolized principally by CYP2D6.

Moderate or weak CYP2D6 inhibitors: Effects on pharmacokinetics of tetrabenazine not established.

Inducers or inhibitors of other CYP isoenzymes (1A2, 2A6, 2C9, 2C19, or 2E1): Clinically important pharmacokinetic interaction unlikely.

Following oral administration, ≥75% absorbed. Because tetrabenazine is rapidly and extensively metabolized to α-HTBZ and β-HTBZ, plasma concentrations of the parent drug generally are undetectable.

No effect on mean or peak plasma concentrations or AUC of α-HTBZ and β-HTBZ.

Patients with mild to moderate chronic hepatic impairment: Mean peak plasma tetrabenazine concentrations were 7- to 190-fold higher and AUCs of α-HTBZ and β-HTBZ were approximately 30–39% greater compared with values in healthy individuals.

Poor CYP2D6 metabolizers: Exposures to α-HTBZ and β-HTBZ were about threefold and ninefold higher, respectively, compared with values in extensive metabolizers.

Gender does not appear to affect pharmacokinetics of α-HTBZ and β-HTBZ.

Distributes rapidly into the CNS, with highest and lowest concentrations occurring in the striatum and cortex, respectively.

Rapidly and extensively metabolized mainly in the liver by carbonyl reductase to active metabolites α-HTBZ and β-HTBZ, which are further O-dealkylated, principally by CYP2D6, to 9-desmethyl-α-HTBZ and 9-desmethyl-β-HTBZ.

Patients with hepatic impairment: Elimination half-lives prolonged to approximately 17.5 hours for tetrabenazine, 10 hours for α-HTBZ, and 8 hours for β-HTBZ.

Distribution of tetrabenazine is restricted. (See Restricted Distribution under Dosage and Administration.) 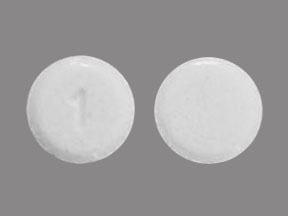