Published as part of a U.S. Food and Drug Administration and Drugs.com partnership to protect and promote your health

Women and their health care providers can look forward to getting more useful and up-to-date information over the next few years about the effects of medicines during pregnancy and breastfeeding.

The improvements will replace the current, decades-old labeling system and implement new requirements by FDA regarding labeling information for prescription drugs and biological products. The changes will include major revisions in the subsections about pregnancy and breastfeeding.

Why FDA Is Taking Action

“FDA wants pregnant and breastfeeding women and their health care providers to benefit from the most useful and latest information about their prescription medicines,” says Sandra Kweder, M.D., deputy director of FDA’s Office of New Drugs.

She says pregnant women and health care providers need this information because:

The revised labeling will include more information on whether medication gets into breast milk, and—based on how much of it is present—how it can possibly affect the infant.

In addition to the revisions to the subsections about pregnancy and breastfeeding, the labeling will also include a subsection called “Females and Males of Reproductive Potential.” This subsection will provide a consistent location for relevant information about pregnancy testing, birth control and a medication’s effect on fertility.

“For medications that may cause infertility or present risks in pregnancy, the revised labeling will include information to be considered when deciding such issues as birth control or planning a pregnancy,” Kweder says.

Until now, FDA categorized the risks of taking a drug or biological product during pregnancy under a five-letter system (A, B, C, D and X) based on what was known about that product. But comments received by FDA showed that the letter system was often confusing because it was overly simplistic, and did not reflect the available information. This system could lead to false assumptions about medications based on their category.

“The revised labeling will change that,” Kweder says. “Now doctors will have up-to-date and well-organized information on pregnancy and lactation. They will be in a better position to help their patients make critical decisions.”

Look of the Revised Labeling

The revised labeling will replace the old five-letter system with more helpful information about a medication’s risks to the expectant mother, the developing fetus and the breastfed infant.

In addition, the labeling will include contact information for pregnancy exposure registries that collect and maintain data on the effects of medications used by pregnant women. Pregnant women are encouraged to enroll in these studies if they are taking drugs or biological products for which there is a registry.

Companies will have to remove the pregnancy letter categories from the labeling for all prescription drugs and biological products and, for many of them, revise the labeling with updated information. This is a large undertaking that will take several years.

Deciding which drug to take is a complex and individualized decision that should be discussed with your doctor, but the new FDA rule helps remove some of its uncertainties.

“The greatest benefit to patients is that these changes will result in better-informed prescribing based on the latest scientific information for thousands of medical products,” Kweder adds. “Our goal is to empower health professionals and patients so that women can have confidence in treatment decisions for themselves and their families.” 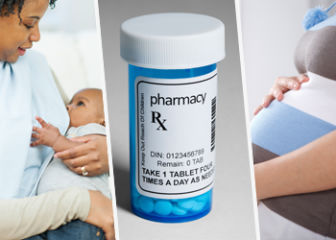