Published in partnership with the U.S. Food & Drug Administration (FDA) to promote and protect your health.

Can a Dietary Supplement Treat a Concussion? No

It’s back-to-school time, and kids are already starting practice for football, soccer and other sports. It’s a time when parents may be thinking about sport safety and the potential for their kids to be injured by violent jarring and shocks.

Exploiting the public's rising concern about concussions, some companies are offering untested, unproven and possibly dangerous products that claim to prevent, treat or cure concussions and other traumatic brain injuries (TBIs).

The Food and Drug Administration (FDA) is monitoring the marketplace and taking enforcement actions where appropriate, issuing warning letters to firms—the usual first step for dealing with claims that products labeled as dietary supplements are intended for use in the cure, mitigation, treatment, or prevention of disease. The agency is also warning consumers to avoid purported dietary supplements marketed with claims to prevent, treat, or cure concussions and other TBIs because the claims are not backed with scientific evidence that the products are safe or effective for such purposes. These products are sold on the Internet and at various retail outlets, and marketed to consumers using social media, including Facebook and Twitter.

One common but misleading claim: Using a particular dietary supplement promotes faster healing after a concussion or other TBI.

Even if a particular supplement contains no harmful ingredients, that claim alone can be dangerous, says Gary Coody, FDA's National Health Fraud Coordinator.

"We're very concerned that false assurances of faster recovery will convince athletes of all ages, coaches and even parents that someone suffering from a concussion is ready to resume activities before they are really ready," says Coody. "Also, watch for claims that these products can prevent or lessen the severity of concussions or TBIs."

A concussion is a brain injury caused by a blow to the head, or by a violent shaking of the head and upper body. Concussions and other TBIs are serious medical conditions that require proper diagnosis, treatment, and monitoring by a health care professional. The long-term impact of concussions on professional athletes and children who play contact sports has recently been the subject of highly publicized discussions.

A growing body of scientific evidence indicates that if concussion victims resume strenuous activities—such as football, soccer or hockey—too soon, they risk a greater chance of having a subsequent concussion. Moreover, repeat concussions can have a cumulative effect on the brain, with devastating consequences that can include brain swelling, permanent brain damage, long-term disability and death.

“There is simply no scientific evidence to support the use of any dietary supplement for the prevention of concussions or the reduction of post-concussion symptoms that would allow athletes to return to play sooner,” said Charlotte Christin, acting director of FDA’s Division of Dietary Supplement Programs.

One of the first alarms that dietary supplements are promoted to treat TBI was raised by the U.S. Department of Defense.

"We first learned from the military about a product being marketed to treat TBI, obviously a concern with wounded veterans. We were taken aback that anyone would make a claim that a supplement could treat TBI, which is a hot-button issue," says Jason Humbert, a senior regulatory manager with FDA's Office of Regulatory Affairs. "That triggered our surveillance."

FDA routinely monitors the marketplace. However, with more than 85,000 dietary supplements on the market and no product registration, products making false claims can slip through, at least for a time.

Typically, dietary supplements promising relief from TBIs tout the benefits of ingredients such as turmeric (an Indian spice in the ginger family) and high levels of omega-3 fatty acids derived from fish oil. In its initial surveillance, FDA identified two companies selling multiple products claiming to prevent and treat concussions and other TBIs. One company claimed to have "the world's first supplement formulated specifically to assist concussion recovery," saying "it has the dynamic ability to minimize long-term effects and decrease recovery time." A National Football League player testified to its "proven results in my own recovery" from a concussion, and an unnamed "licensed trainer" said he had incorporated it into his "concussion management protocol."

Similar claims were made by the other company, which was selling four products claiming to protect against and help heal TBIs. FDA sent letters in 2012 warning both companies that their products were not generally recognized as safe and effective for treating TBIs, that the products were misbranded (a legal term meaning, in this case, that the labeling of the products did not have adequate directions for use), and that unless various violations cited in the letters were promptly corrected, they could result in legal action taken without further notice, such as seizure or injunction.

Both companies changed their websites and labeling.

In December 2013, FDA issued a warning letter to another company for marketing its product with claims to treat TBIs. FDA continues to monitor the marketplace for products with similar fraudulent claims, and will take appropriate regulatory action to protect the public health.

"As we continue to work on this problem, we can't guarantee you won't see a claim about TBIs. But we can promise you this: There is no dietary supplement that has been shown to prevent or treat them," says Coody. "If someone tells you otherwise, walk away."

For more about food, medicine, cosmetic safety and other topics for your health, visit FDA.gov/consumers.
Guide to Weight Loss Drugs 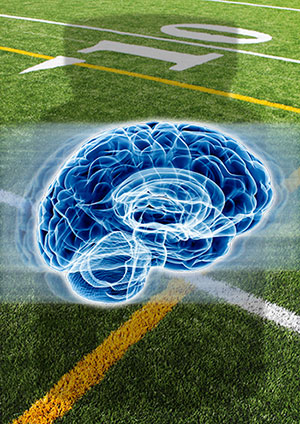