Indications and Usage for Multrys

Multrys is indicated in neonatal and pediatric patients weighing less than 10 kg as a source of zinc, copper, manganese, and selenium for parenteral nutrition when oral or enteral nutrition is not possible, insufficient, or contraindicated.

Multrys is recommended only for pediatric patients who require supplementation with all four of the individual trace elements (i.e., zinc, copper, manganese and selenium).

*Multrys is not recommended for pediatric patients who may require a lower dosage of one or more of these individual trace elements.

**Avoid additional manganese supplementation with Multrys use. Accumulation of manganese in the brain can occur with long-term administration with higher than the recommended dosage of 1 mcg/kg/day [see Warnings and Precautions (5.3)].

For pediatric patients weighing less than 3 kg, Multrys does not provide the recommended daily dosage of zinc.

For pediatric patients weighing 0.4 kg to 0.59 kg and 4 kg to 9.9 kg, Multrys does not provide the recommended daily dosage of copper or selenium.

Multrys is contraindicated in patients with hypersensitivity to zinc or copper [see Warnings and Precautions (5.7)].

Pulmonary vascular precipitates causing pulmonary vascular emboli and pulmonary distress have been reported in patients receiving parenteral nutrition. The cause of precipitate formation has not been determined in all cases; however, in some fatal cases, pulmonary emboli occurred as a result of calcium phosphate precipitates. Precipitation has occurred following passage through an in-line filter; in vivo precipitate formation may also have occurred. If signs of pulmonary distress occur, stop the parenteral nutrition infusion and initiate a medical evaluation. In addition to inspection of the solution [see Dosage and Administration (2.2, 2.3)], the infusion set and catheter should also periodically be checked for precipitates.

Multrys must be prepared and used as an admixture in parenteral nutrition solution. It is not for direct intravenous infusion. In addition, consider the osmolarity of the final parenteral nutrition solution in determining peripheral versus central administration. Solution with an osmolarity of 900 mOsmol/L or greater must be infused through a central catheter [see Dosage and Administration (2.1)]. The infusion of hypertonic nutrient solution into a peripheral vein may result in vein irritation, vein damage, and/or thrombosis. The primary complication of peripheral access is venous thrombophlebitis, which manifests as pain, erythema, tenderness or a palpable cord. Remove the catheter as soon as possible, if thrombophlebitis develops.

Monitor patients receiving Multrys for cholestasis or other biliary liver disease. Consider individual trace element products as an alternative to Multrys in patients with hepatobiliary disease [see Warnings and Precautions (5.4)].

Hepatic Accumulation of Copper and Manganese

Copper is primarily eliminated in the bile and excretion is decreased in patients with cholestasis and/or cirrhosis. Hepatic accumulation of copper and manganese have been reported in autopsies of patients receiving long-term parenteral nutrition containing copper and manganese at dosages higher than recommended.

Patients with cholestasis and/or cirrhosis receiving parenteral nutrition are at increased risk of manganese brain deposition and neurotoxicity [see Warnings and Precautions (5.3)].

If a patient develops signs or symptoms of hepatobiliary disease during the use of Multrys, obtain serum concentrations of copper and ceruloplasmin as well as manganese whole blood concentrations; consider using individual trace element products in these patients [see Use in Specific Populations (8.6)].

Multrys contains aluminum that may be toxic. Aluminum may reach toxic levels with prolonged parenteral administration if kidney function is impaired. Preterm infants, including preterm neonates, are particularly at risk because their kidneys are immature, and they require large amounts of calcium and phosphate solutions, which contain aluminum.

Research indicates that patients with impaired kidney function, including preterm infants and premature neonates, who receive parenteral levels of aluminum at greater than 4 to 5 mcg/kg/day accumulate aluminum at levels associated with central nervous system and bone toxicity. Tissue loading may occur at even lower rates of administration or lower daily amounts.

Hypersensitivity Reactions with Zinc and Copper

The following adverse reactions were identified in clinical studies or post-marketing reports. Given that some of these reactions were reported voluntarily from a population of uncertain size, it is not always possible to reliably estimate their frequency or establish a causal relationship to drug exposure.

Adverse reactions with other components of parenteral nutrition solutions:

Multrys is approved for use in neonatal and pediatric patients weighing less than 10 kg as a source of zinc, copper, manganese, and selenium for parenteral nutrition when oral or enteral nutrition is not possible, insufficient, or contraindicated. Safety and dosing recommendations in pediatric patients less than 10 kg are based on published literature describing controlled studies of products containing zinc, copper, manganese, and selenium [see Dosage and Administration (2.5)].

Copper is primarily excreted in the bile. Excretion is decreased in patients with cholestasis and/or cirrhosis. Manganese is presumed to be excreted in bile [see Clinical Pharmacology (12.3)]. Hepatic accumulation of copper and manganese has been reported with long-term administration of parenteral nutrition at dosages higher than recommended [see Warnings and Precautions (5.4)].

For patients with cholestasis or cirrhosis, monitor hepatic and biliary function during long-term administration of Multrys.

If a patient develops signs or symptoms of hepatobiliary disease during use of Multrys, obtain serum concentrations of copper and ceruloplasmin as well as manganese whole blood concentrations; consider using individual trace element products in these patients.

Acute zinc toxicity was reported in an infant who received an inadvertent 1,000-fold overdose of zinc in parenteral nutrition that led to cardiac failure and death. Zinc toxicity in adult patients receiving 17 to 400-fold the recommended dosage in parenteral nutrition for 2.5 to 60 days reported signs and symptoms including vomiting, diarrhea, hyperamylasemia, thrombocytopenia, and anemia. The zinc serum concentration was 2 to 30-fold the upper end of the reported range in healthy subjects in these cases.

Acute selenium toxicity was reported with oral overdosage of greater than 1 g/day. Symptoms included nausea, vomiting, diarrhea, abdominal pain, garlic breath odor, and altered mental status. Death from circulatory collapse was reported after oral ingestion of 5 to 10 g of selenium with blood concentrations ranging 10 to 50-fold the upper end of the reported range in healthy subjects.

Multrys (trace elements injection 4*, USP) is a sterile, non-pyrogenic, clear, and colorless to slightly blue solution, intended for use as a combination of four trace elements and an additive to intravenous solutions for parenteral nutrition. It contains no preservative.

Zinc sulfate exists as a heptahydrate. The structural formula is: 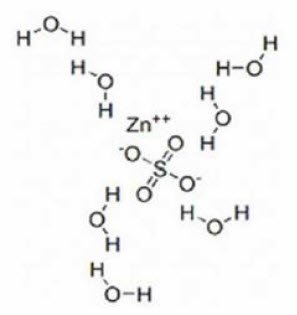 Cupric sulfate exists as a pentahydrate. The structural formula is: 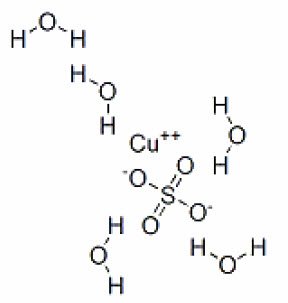 Manganese sulfate exists as a monohydrate. The structural formula is:

The structural formula of selenious acid is:

Multrys contains no more than 1,500 mcg/L of aluminum.

Zinc functions as a cofactor of various enzymes including DNA polymerases, RNA polymerases, alcohol dehydrogenase, and alkaline phosphatases. Zinc is a coordinator of protein structural folding that interacts with a variety of proteins, lipids, and nucleic acids. In addition, zinc is a catalyst of essential biochemical reactions, including activation of substrates of carbonic anhydrase in erythrocyte.

Copper is a cofactor for many metalloenzymes acting as an oxidase to achieve reduction of molecular oxygen. Examples of copper metalloenzymes include but are not limited to lysyl oxidase, monoamine oxidase, ferroxidase, cytochrome C oxidase, dopamine beta monooxygenase, tyrosinase, and superoxide dismutase.

Manganese is essential for the normal catalytic activity of several metalloenzymes including manganese superoxide dismutase, arginase, glutamine synthetase, phosphoenolpyruvate decarboxylase, and pyruvate carboxylase. Manganese contributes to the normal function of several other enzyme families including the oxidoreductases, transferases, hydrolases, lyases, isomerases, and ligases.

The exposure-response relationship and the time course of pharmacodynamic response are unknown for zinc, copper, manganese, and selenium.

Over 85% of total body zinc is found in skeletal muscle and bone. In blood, zinc is mainly localized within erythrocytes. Approximately 80% of serum zinc is bound to albumin and the remainder to α-2-macroglobulin and amino acids. In adults, zinc is primarily excreted via the gastrointestinal tract and eliminated in the feces. A smaller amount of zinc is excreted via the kidneys in the urine. Urinary zinc excretion rates in very low birth weight preterm infants are relatively high in the neonatal period, and they decline to a level on a body weight basis that is similar to that of normal adults by two months of age.

Manganese is widely distributed in body tissues including liver and specific brain regions such as the basal ganglia. The concentrations of manganese are higher in erythrocytes compared to the plasma or serum concentrations. In human plasma, manganese is bound to albumin and β1-globulin. Manganese is found in human bile suggesting biliary excretion.

In humans, 85% of intravenous administered 75Se-sodium selenite was protein-bound within 4 to 6 hours and 95% by 24 hours.

Vial closure is not made with natural rubber latex.

Inform patients, caregivers, and home healthcare providers of the following risks of Multrys:

For intravenous infusion after dilution and admixing

For intravenous infusion after dilution and admixing 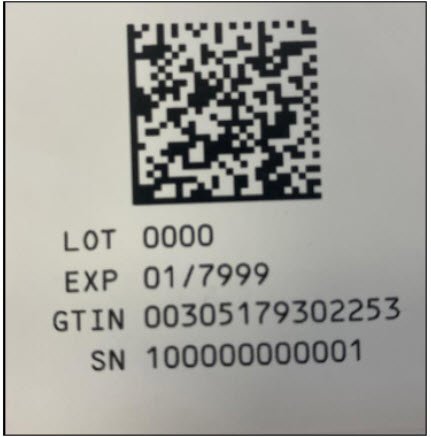