SELENIUM is part of glutathione peroxidase which protects cell components from oxidative damage due to peroxides produced in cellular metabolism.

Indications and Usage for Multitrace-5 Concentrate

This formulation is indicated for use as a supplement to intravenous solutions given for TPN. Administration of the solution in TPN solutions helps to maintain plasma levels of zinc, copper, manganese, selenium and chromium and to prevent depletion of endogenous stores of these trace elements and subsequent deficiency symptoms.

MULTITRACE®- 5 CONCENTRATE should not be given undiluted by direct injection into a peripheral vein because of the potential of infusion phlebitis.

Before administering MULTITRACE®- 5 CONCENTRATE in TPN solutions, the physician must assess the metabolic requirements for trace elements and disease state of the patient. Frequent determinations of serum levels of the various trace elements are suggested as a guideline for adjusting the dosage or completely omitting the solution. ZINC is eliminated via the intestine and kidneys. The possibility of retention should be considered in patients with malfunctioning excretory routes. COPPER and MANGANESE are eliminated via the bile, therefore the possibility of retention of these elements should be considered in patients with biliary obstruction. Ancillary routes of MANGANESE excretion, however, include pancreatic juice, or reabsorption into the lumen of duodenum, jejunum, or ileum.

As SELENIUM is eliminated in urine and feces, SELENIUM supplements may be adjusted, reduced or omitted in renal dysfunction and/or gastrointestinal malfunction. In patients receiving blood transfusions, contribution from such transfusions should also be considered. Frequent selenium plasma level determinations are suggested as a guideline.

In animals, SELENIUM has been reported to enhance the action of Vitamin E and decrease the toxicity of mercury, cadmium, and arsenic.

Pregnancy Category C: SELENIUM at high dose levels (15-30 mcg/egg) has been reported to have adverse embryological effects among chickens. There are however no adequate and well-controlled studies in pregnant women. MULTITRACE®- 5 CONCENTRATE should be used during pregnancy only if potential benefit justifies the potential risk to the fetus.

Presence of SELENIUM in placenta and umbilical cord blood has been reported in humans.

The amounts of ZINC, COPPER, MANGANESE, CHROMIUM and SELENIUM in the solution are very small and toxicity symptoms due to these trace elements at suggested dosage levels are considered unlikely to occur.

Symptoms of CHROMIUM toxicity include nausea, vomiting, ulcers of gastrointestinal tract, renal and hepatic damage, and abnormalities of the central nervous system culminating in convulsions and coma. Trivalent Chromium administered intravenously to TPN patients has been shown to be nontoxic when given at dosage levels up to 250 mcg/day for two consecutive weeks.

MANGANESE: For the metabolically stable adult receiving TPN, the suggested additive dosage level for manganese is 0.15 mg to 0.8 mg/day. For pediatric patients, a dosage level of 2 to 10 mcg manganese/kg/day is recommended.

In adults, selenium deficiency states resulting from long term TPN support, selenium as selenomethionine or selenious acid, administered intravenously at 100 mcg/day for a period of 24 and 31 days, respectively, has been reported to reverse deficiency symptoms without toxicity. The normal whole blood range for selenium is approximately 10 to 37 mcg/100 mL.

Periodic monitoring of plasma levels of Zinc, Copper, Manganese, Chromium and Selenium is suggested as a guideline for administration. 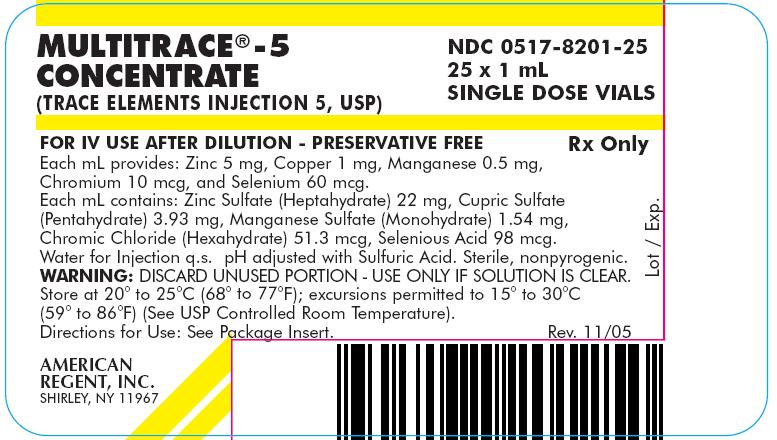 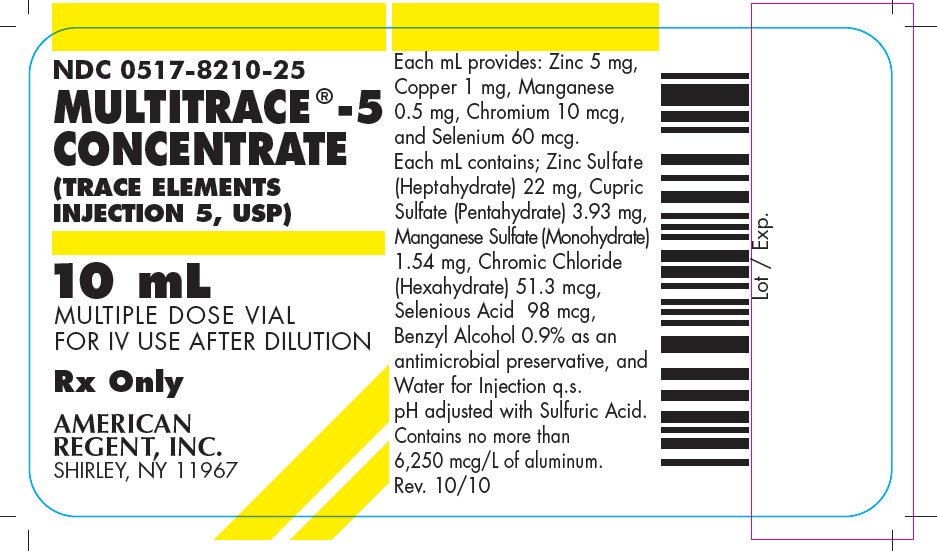 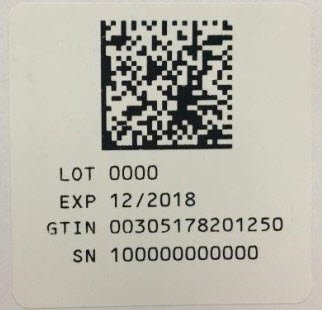 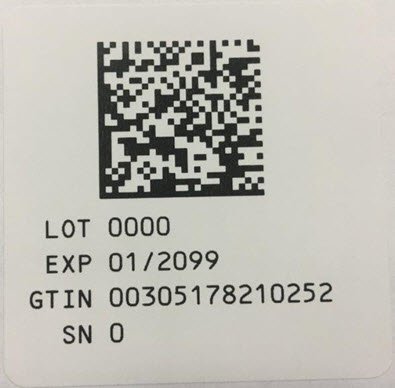