Zinc acetate as the dihydrate is a salt of zinc used to inhibit the absorption of copper in patients with Wilson's disease. Its structural formula is:

Zinc acetate occurs as white crystals or granules, freely soluble in water and in boiling alcohol, and slightly soluble in alcohol.

Wilson's disease (hepatolenticular degeneration) is an autosomal recessive metabolic defect in hepatic excretion of copper in the bile, resulting in accumulation of excess copper in the liver, and subsequently in other organs, including the brain, kidneys, eyes, bone, and muscles. In this disease, hepatocytes store excess copper, but when their capacity is exceeded copper is released into the blood and is taken up in extrahepatic sites, such as the brain, resulting in motor disorders (ataxia, tremors, speech difficulties) and psychiatric manifestations (irritability, depression, deterioration of work performance). Redistribution of excess copper in hepatocytes leads to hepatocellular injury, inflammation, necrosis, and eventual cirrhosis. Patients may present clinically with predominantly hepatic, neurologic, or psychiatric symptoms.

The disease has been treated by restricting copper in the diet, and the use of chelating agents to bind free copper to reduce its toxicity and facilitate its excretion. The purpose of initial treatment of symptomatic patients with a chelating agent is to detoxify copper. Once the patient's symptoms have stabilized clinically, maintenance treatment begins. Clinical measures are used to determine whether the patient remains stable (See PRECAUTIONS: Monitoring Patients).

The active moiety in zinc acetate is zinc cation. Regardless of the ligand, zinc blocks the intestinal absorption of copper from the diet and the reabsorption of endogenously secreted copper such as that from the saliva, gastric juice and bile. Zinc induces the production of metallothionein in the enterocyte, a protein that binds copper thereby preventing its serosal transfer into the blood. The bound copper is then lost in the stool following desquamation of the intestinal cells.

Because the proposed site of action of zinc is an effect on copper uptake at the level of the intestinal cell, pharmacokinetic evaluations based on blood levels of zinc do not provide useful information on zinc bioavailability at the site of action. Determinations of zinc content in the liver and the plasma zinc concentration after the oral administration of zinc acetate have yielded inconsistent results. However, foods and beverages have been shown to decrease the uptake of zinc thereby decreasing the levels of zinc in the plasma of healthy volunteers. For this reason, the oral dose of zinc should be separated from food and beverages, other than water, by at least one hour.

In the single center United States trial, 60 patients with Wilson’s disease (31 male, 29 female) who had adequate detoxification of copper after initial chelation therapy were entered into a copper balance study of various dose regimens of zinc acetate. Patients were hospitalized to carefully control food and liquid intake. Food, urine and feces were analyzed for copper content, and copper balance was defined as the difference between copper intake and copper elimination/excretion over a 10-day period. A patient was considered in adequate copper balance if the result was less than +0.25 mg copper/day. Results for the groups in each dose regimen tested and for adequacy of individual results are provided in the following table.

*N = number of copper balance studies. Some patients had more than one balance study, at different doses or at the same dose at widely separated intervals.

While all zinc acetate regimens appeared better than no therapy, there was little experience with doses other than 50 mg t.i.d. Once daily dosing did not appear to give satisfactory control in many cases, and would be inadequate in patients with poor compliance. Based on the limited data available 25 mg t.i.d. was also thought to be an adequate dose regimen, and not shown to be inferior to 50 mg t.i.d. Dose related toxicity was not found in this study.

In this study 30 pre-symptomatic patients were followed for up to 10 years. Diagnosis of the pre-symptomatic Wilson’s disease was made on the basis of a liver copper value greater than 200 μg of copper per gram dry weight of tissue.

Non-ceruloplasmin copper levels, 64Cu balance studies, and clinical parameters were assessed. No patient developed symptoms of Wilson’s disease in this cohort. Since the cloning and sequencing of the abnormal genes in Wilson’s disease patients, many mutations have been identified that may affect the rate of disease progression. No matched historical control has been compared to this experience, nor has another center replicated this experience.

In a study in the Netherlands, using zinc sulfate, 27 patients were followed up to 29 years by mainly clinical parameters such as tremors, dysarthria, dystonia, ataxia and Kayser-Fleischer rings. No deterioration of the clinical status was observed. In some cases, Kayser-Fleischer rings disappeared and clinical signs and symptoms improved.

Included in a continuing single center United States trial are 19 symptomatic and presymptomatic women who became pregnant and continued Galzin therapy. These women delivered 26 live birth babies. At the time of delivery, the duration of zinc acetate therapy had ranged from 0.7 to 13.7 years. At the time of delivery all patients were using zinc acetate. The zinc acetate dosage at the start of pregnancy ranged from 25 to 50 mg two to three times a day. Two patients were being treated with penicillamine at the start of pregnancy and were switched to zinc acetate during the second month of pregnancy.

Urinary copper excretion was measured to monitor the copper status. Twenty-four hour urine excretion of copper indicated adequate control of copper levels in most patients before and during pregnancies. The results also indicated that during pregnancy, the mothers’ health was protected by zinc acetate therapy, and no adverse effects on liver or neurological functions were reported. Limited pregnancy outcome data indicates an incidence of miscarriages consistent with those in the general population. From this limited experience, the rate of birth defects is 7.7%, while that in the general population is (4%). (See PRECAUTIONS, Pregnancy).

Indications and Usage for Galzin

Zinc acetate therapy is indicated for maintenance treatment of patients with Wilson’s disease who have been initially treated with a chelating agent (See PRECAUTIONS: Monitoring Patients).

Zinc Acetate Capsules are contraindicated in patients with known hypersensitivity to any of the components of the formulation.

Patients should take Galzin® on an empty stomach, at least one hour before or two to three hours after meals. Capsules should be swallowed whole, not opened or chewed. In the rare event of gastric intolerance of zinc, generally occurring with the morning dose, this dose may be taken between breakfast and lunch. Patients must be clinically monitored to determine the adequacy of zinc acetate therapy. Since strict adherence to the zinc regimen is essential for optimal control of copper distribution and metabolism, the physician must reinforce the need for compliance at each contact with the patient.

Patients should be monitored primarily by assessment of existing signs and symptoms of Wilson’s disease and 24-hour urine copper. Neuropsychiatric evaluations including speech as well as liver function tests including bilirubin and aminotransferases, should be done as appropriate.

The urinary excretion of copper is an accurate reflection of the body status of copper when patients are not on chelation therapy. The clinician should be aware that urinary copper levels are usually increased with chelation therapy such as penicillamine or trientine. Adequate zinc therapy will eventually decrease urinary copper excretion to 125 μg per 24 hours or less. A significant trend upward indicates impending loss of copper control. The non-ceruloplasmin plasma copper (also known as free copper) is obtained by subtracting the ceruloplasmin-bound copper from the total plasma copper. Each mg of ceruloplasmin contains 3 μg of copper. In the United States study, non-ceruloplasmin plasma copper concentration was kept below 20 μg/dL. Urine and plasma for copper determinations should be collected in copper-free containers and assayed with equipment capable of accurately measuring copper at levels as low as 0.01 μg/mL.

An additional monitoring tool, if available, is the amount of radioactivity measured in the plasma 1 or 2 hours after orally administered 64copper. In adequately controlled patients, the amount is less than 1.2% of the administered dose. The level of hepatic copper should not be used to manage therapy since it does not differentiate between potentially toxic free copper and safely bound copper.

In all treated patients, 24-hour urinary zinc levels may be a useful measure of compliance with the zinc acetate regimen.

Zinc does appear in breast milk and zinc-induced copper deficiency in the nursing baby may occur. Therefore, it is recommended that women on zinc therapy not nurse their babies.

Results of observations in a small number of patients in the two clinical trials suggest that pediatric patients aged 10 years and above can be adequately maintained at doses between 75 to 150 mg elemental zinc daily in divided doses. No patients below the age of 10 years have been studied.

Zinc acetate has not been tested for its carcinogenic potential in long-term animal studies, for its mutagenic potential or for its effect on fertility in animals.

Other salts of zinc (zinc oxide, zinc chloride, zinc citrate, zinc maleate, zinc carbonate, zinc sulfate) and pure zinc dust at oral doses up to 326 mg/Kg/day (18 times the recommended human dose based on body surface area) were found to have no effect on fertility and reproductive performance of male and female rats.

Clinical experience with zinc acetate has been limited. The following adverse reactions have been reported in patients with Wilson’s disease on zinc therapy: a death following overdosage with zinc sulfate (See OVERDOSAGE) and a death in a patient with advanced liver disease and hemolytic crisis where zinc sulfate was used as initial treatment; gastric irritation; elevations of serum alkaline phosphatase, amylase and lipase lasting from weeks to months suggesting pancreatitis. The levels usually return to high normal within the first one or two years of zinc therapy.

Zinc acetate has no potential for abuse, and it is not related pharmacologically or structurally to any other drug known to have abuse potential.

Acute oral overdosage with inorganic salts of zinc in humans is reported rarely. In the event of overdosage, the unabsorbed zinc salt should be removed from the stomach by lavage as quickly as possible. The plasma level of zinc should be measured, and heavy metal chelation therapy should be considered if the plasma level of zinc is elevated markedly (>1000 μg/dL). In addition, any signs or symptoms of toxicity should be treated as medically indicated.

One fatality associated with overdosage of zinc sulfate has been reported. The death of this adult woman followed the accidental ingestion of approximately 28 g of zinc sulfate. Death occurred on the fifth day after ingestion and was attributed to renal failure. Hemorrhagic pancreatitis and hyperglycemic coma resulted from the overdose. The amount ingested was 500 mg/Kg of zinc sulfate, a value that is in the same order of magnitude as that found to be lethal in animals.

Since 25 mg t.i.d. is also an effective dose in children 10 years of age or older or in women who are pregnant, it may be advisable to use a dose of zinc to 25 mg three times a day, as long as the patient is compliant with therapy. The dose can be raised to 50 mg t.i.d. if monitoring indicates a lessening of control (see PRECAUTIONS: Monitoring Patients).

Patients should take zinc acetate on an empty stomach, at least one hour before or two to three hours after meals. For additional information, see PRECAUTIONS.

How is Galzin Supplied

Store at 25°C (77°F); excursions permitted to 15-30°C (59-86°F). See USP Controlled Room Temperature. Dispense in a tight, light-resistant container as defined in the USP, with a child-resistant closure. 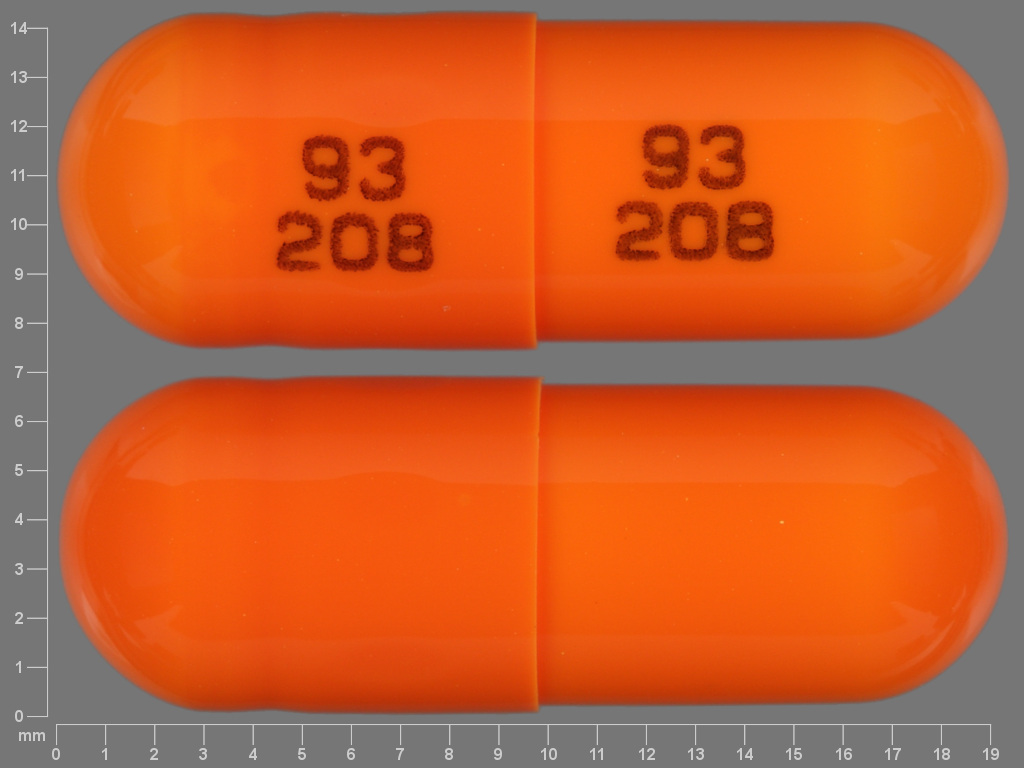