Treatment of active (clinical) tuberculosis (TB) in conjunction with other antituberculosis agents.

First-line agent for treatment of all forms of active TB caused by Mycobacterium tuberculosis known or presumed to be susceptible to the drug. Essential component of multiple-drug regimens used for the initial intensive treatment phase and the continuation treatment phase.

Fixed-combination preparation containing rifampin and isoniazid (Rifamate) is used for treatment of pulmonary TB. Isoniazid and rifampin both are used in the initial intensive treatment phase and the continuation treatment phase, but manufacturer states that Rifamate is not recommended for initial therapy, and the fixed-combination preparation should be used only after the patient has been treated with the individual components and efficacy of these drugs has been established.

Fixed combination preparation containing rifampin, isoniazid, and pyrazinamide (Rifater) is used for treatment of pulmonary TB; designated an orphan drug by US FDA for this use. Used only in the initial intensive treatment phase since pyrazinamide is not usually indicated for the continuation phase.

For initial treatment of active TB caused by drug-susceptible M. tuberculosis, recommended multiple-drug regimens consist of an initial intensive phase (2 months) and a continuation phase (4 or 7 months). Although the usual duration of treatment for drug-susceptible pulmonary and extrapulmonary TB (except disseminated infections and TB meningitis) is 6–9 months, ATS, CDC, and IDSA state that completion of treatment is determined more accurately by the total number of doses and should not be based solely on the duration of therapy. A longer duration of treatment (e.g., 12–24 months) usually is necessary for infections caused by drug-resistant M. tuberculosis.

LTBI is asymptomatic infection with M. tuberculosis; usually defined as a positive tuberculin skin test (TST) or Quantiferon-TB gold test (QFT-G) with no evidence of active (clinical) TB. LTBI is treated to decrease the risk of progression to active TB.

Regimen of choice for treatment of LTBI is isoniazid monotherapy, unless the patient has been in contact with an individual with drug-resistant TB. Rifampin monotherapy is the preferred alternative and is especially useful in adults, adolescents, or children who have been exposed to isoniazid-resistant M. tuberculosis and those who cannot tolerate isoniazid. Rifabutin is used in those who cannot receive rifampin because of intolerance or because they are receiving other drugs that have clinically important interactions with rifampin (e.g., HIV patients receiving certain antiretroviral agents).

Treatment of LTBI in patients who have been exposed to a source case with drug-resistant TB, including MDR TB or XDR TB, should be managed in consultation with experts in the treatment of TB as identified by local or state health departments or CDC.

Has been used for treatment of M. avium complex (MAC) infections† in conjunction with other antimycobacterials.

Treatment of MAC infections is complicated and should be directed by clinicians familiar with mycobacterial diseases; consultation with a specialist is particularly important when the patient cannot tolerate first-line drugs or when the infection has not responded to prior therapy or is caused by macrolide-resistant MAC.

Mycobacterium kansasii and Other Mycobacterial Infections

Treatment of M. kansasii infections in conjunction with other antimycobacterials. ATS and IDSA recommend a regimen of isoniazid, rifampin, and ethambutol for treatment of pulmonary or disseminated infections caused by rifampin-susceptible M. kansasii. If rifampin-resistant M. kansasii are involved, ATS and IDSA recommend a 3-drug regimen based on results of in vitro susceptibility, including clarithromycin (or azithromycin), moxifloxacin, ethambutol, sulfamethoxazole, or streptomycin.

Treatment of M. xenopi† infections in conjunction with other antimycobacterials. Optimum regimens not established; in vivo response may not correlate with in vitro susceptibility. ATS and IDSA state that a regimen of clarithromycin, rifampin, and ethambutol has been used, although the rate of relapse is high. A regimen of isoniazid, rifampin (or rifabutin), ethambutol, and clarithromycin (without or without streptomycin during initial treatment) also has been suggested.

Administer orally. May be given IM when oral therapy is not feasible.

Administer orally in the fasting state. Do not administer with food. (See Food under Pharmacokinetics.)

Rifamate or Rifater: Administer orally with a full glass of water 1 hour before or 2 hours after a meal.

Oral and IM dosage is the same.

Concomitant administration of pyridoxine (vitamin B6) is recommended in adults, adolescents, and pediatric patients who are malnourished (including those on meat- or milk-deficient diets) and in those predisposed to neuropathy (e.g., those with alcoholism, diabetes, HIV infection, seizure disorders, or renal failure). Administration of pyridoxine also is recommended in pregnant or nursing women; breast-feeding infants do not require pyridoxine unless they are receiving isoniazid. (See Nervous System Effects under Cautions.)

The usual duration of isoniazid monotherapy for treatment of LTBI in children is 9 months, especially in HIV-infected individuals. A 6-month regimen is not recommended for children.

ATS and CDC recommend that completion of therapy for LTBI be based on total number of administered doses rather duration of therapy alone. When the 9-month once-daily isoniazid regimen is used, at least 270 doses should be administered within 12 months. Ideally, patients should receive the drug on a regular dosing schedule until completed; in practice, some doses may be missed requiring the course to be lengthened. If the regimen is resumed after an interruption of ≥2 months, a medical examination is indicated to rule out active TB.

The usual duration of isoniazid monotherapy for treatment of LTBI is 9 months. A 6-month regimen may be used in some adults, but a 9-month regimen should be used in immunocompromised or HIV-infected individuals or those with fibrotic lesions on chest radiographs.

Continue until patient has been culture negative on treatment for 1 year. A longer duration may be needed in HIV-infected individuals with disseminated infections.

When used in conjunction with rifampin, isoniazid dosage >10 mg/kg daily may increase the incidence of hepatotoxicity.

Risk of drug accumulation may be increased, but no specific dosage recommendations available. (See Hepatic Impairment under Cautions.)

Peripheral neuritis (usually preceded by paresthesia of the feet and hands) reported. Appears to be dose-related and is uncommon with recommended dosages. Occurs most frequently in those who are malnourished or predisposed to neuritis (e.g., alcoholics, diabetics, HIV-infected, renal failure) and in those who are slow inactivators of isoniazid (see Elimination under Pharmacokinetics).

Neuropathy may be prevented or relieved by pyridoxine (vitamin B6). ATS, CDC, IDSA, AAP, and USPHS recommend pyridoxine supplementation in adults, adolescents, and children at increased risk of neuropathy (e.g., those with malnutrition, alcoholism, diabetes, HIV infection, seizure disorders, or renal failure), pregnant or breast-feeding women, and in breast-feeding infants receiving isoniazid. Multivitamin preparations contain variable amounts of pyridoxine and usually will not provide adequate supplementation in these patients. Some experts recommend a pyridoxine dosage of 10–25 mg daily during isoniazid therapy; higher dosage may be recommended in HIV-infected adults.

Carefully monitor patients with peripheral neuropathy or conditions that predispose to neuropathy.

Because of risk of isoniazid-associated hepatitis, closely monitor and interview patients once monthly. Determine serum transaminase concentrations prior to and periodically during treatment in those at increased risk, including daily users of alcohol, patients >35 years of age, those with chronic liver disease, those who use illicit injection drugs, and women (particularly during the postpartum period and in those who belong to minority groups). (See Boxed Warning.)

Carefully monitor patients who are daily users of alcohol, those who are >35 years of age, those receiving long-term concomitant therapy, those who previously discontinued isoniazid, those who use illicit injection drugs, those with a history of peripheral neuropathy or conditions predisposing to neuropathy, those with active chronic liver disease or severe renal dysfunction, women who are pregnant or in the postpartum period, women who belong to minority groups, and HIV-infected individuals.

Precautions Related to Treatment of Tuberculosis

Should not be used alone for treatment of active TB; must be used in conjunction with other antituberculosis agents.

Clinical specimens for microscopic examination and mycobacterial cultures and in vitro susceptibility testing should be obtained prior to initiation of antituberculosis therapy and periodically during treatment to monitor therapeutic response. The antituberculosis regimen should be modified as needed. Patients with positive cultures after 4 months of treatment should be considered to have failed treatment (usually as the result of noncompliance or drug-resistant TB).

To ensure compliance, ATS, CDC, IDSA, and AAP recommend that directly observed (supervised) therapy (DOT) be used for treatment of active (clinical) TB and for treatment of LTBI whenever possible, especially when intermittent regimens are used, when the patient is immunocompromised or infected with HIV, or when drug-resistant M. tuberculosis is involved.

A regimen of isoniazid, rifampin, and ethambutol is recommended by ATS, CDC, IDSA, and AAP for treatment of active (clinical) TB in pregnant women. Consider that the risk of fatal isoniazid-associated hepatitis may be increased in women, especially during the postpartum period. Carefully monitor when used during pregnancy and the postpartum period (especially in women belonging to minority groups).

Treatment for LTBI generally should be deferred until after delivery to avoid risk to the fetus.

If isoniazid is used during pregnancy, consider concomitant use of pyridoxine. (See Nervous System Effects under Cautions.) Neonates born to women who received isoniazid during pregnancy should be carefully observed for evidence of adverse effects.

Distributed into milk, but manufacturers state that breast-feeding should not be discouraged. Consider use of pyridoxine in breast-feeding woman; her breast-fed infant does not require pyridoxine unless also receiving isoniazid. (See Nervous System Effects under Cautions.)

Isoniazid concentrations in breast milk are too low to be considered therapeutic for the infant.

Rifamate: Safety and efficacy not established in pediatric patients.

Rifater: Safety and efficacy not established in children <15 years of age; the ratio of rifampin and isoniazid in this preparation may not be appropriate for this age group.

Infants, children, and adolescents who experience paresthesias while receiving isoniazid and those who are malnourished (including those on meat- or milk-deficient diets) or have conditions that predispose to neuropathy (e.g., HIV infection, renal failure) should receive pyridoxine supplementation during isoniazid therapy. Breast-feeding infants receiving isoniazid also should receive pyridoxine supplementation. Routine administration of pyridoxine in other pediatric patients is not recommended.

Risk of drug accumulation and isoniazid-associated hepatitis may be increased. (See Boxed Warning.)

Distributed into all body tissues and fluids, including pleural fluid, ascitic fluid, saliva, and sputum.

Distributed into milk in concentrations comparable to those in plasma.

Inactivated in the liver, mainly by acetylation and dehydrazination. The rate of acetylation is genetically determined, and usually is constant for each person. Rate of acetylation does not have a clinically important effect on efficacy, but slow acetylators may have higher blood concentrations of the drug and may be at increased risk of toxic reactions.

Slow inactivation is an autosomal recessive trait and results from a relative deficiency of the hepatic enzyme N-acetyltransferase. Approximately 50% of whites and blacks are slow inactivators of isoniazid; the majority of native Alaskans and Asians (Japanese, Chinese) are rapid inactivators.

Removed by hemodialysis and peritoneal dialysis.

Half-life may be prolonged in patients with impaired hepatic function or severe renal impairment.

20–25°C; protect from light. May crystallize at low temperatures. If this occurs, warm the vial at room temperature to dissolve the crystals before use. 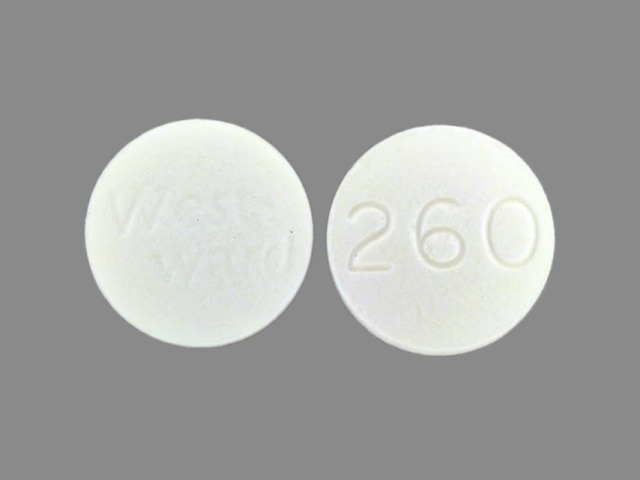