XLA affects males almost exclusively, although females can be genetic carriers of the condition. Most people with XLA are diagnosed in infancy or early childhood, after they've had repeated infections. Some people aren't diagnosed until adulthood.

Babies with XLA generally appear healthy for the first few months because they're protected by the antibodies they got from their mothers before birth. When these antibodies clear from their systems, the babies begin to develop often severe, recurrent bacterial infections — such as of the ears, lungs, sinuses and skin — that can be life-threating.

Male infants born with XLA have: 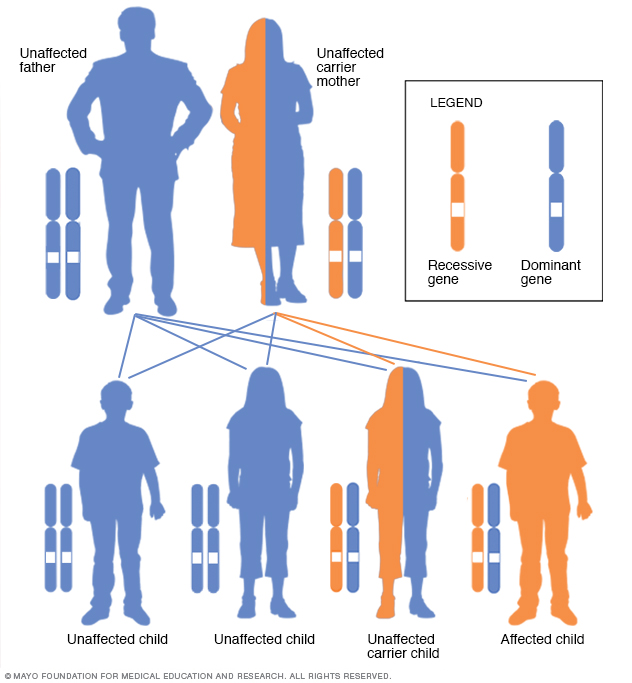 People with XLA can live relatively normal lives and should be encouraged to participate in regular activities for their ages. However, recurrent infections related to XLA will likely require careful attention and aggressive treatment. They can cause organ damage and be life-threatening.

Your doctor will take a medical history to document recurrent infections and do a physical exam. He or she will order blood tests and possibly recommend genetic testing to confirm the diagnosis.

Medications to treat XLA include:

Your doctor will likely recommend that you have follow-up visits every six to 12 months to screen for complications of XLA. You'll also likely be advised to not get live vaccines, such as live polio, measles-mumps-rubella or chickenpox vaccines.