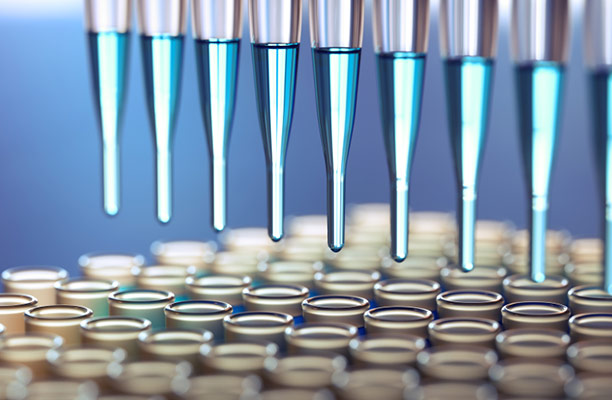 Targeted HIV prevention efforts may explain the decrease; however, there does appear to be a true decline in infections. Gay and bisexual men account for nearly 70% of all HIV diagnoses and 86% of diagnoses among males.  36% of gay and bisexual men diagnosed with HIV were African American and nearly 29% were Hispanic/Latino.

Unprotected sex is still the most common way to get HIV, followed by sharing injection drug equipment. But it is easy to protect against HIV. Use condoms correctly every time you have sex. Don’t inject drugs. If you do, use only clean needles and equipment and don’t share your equipment with others. Ask your doctor about taking Truvada or Descovy to further reduce your risk of getting HIV.

For more information about the difference between Truvada and Descovy, see here.

2. HIV doesn’t have to be a terminal illness

Nearly forty years ago the world was just becoming aware of a new syndrome experts called Acquired Immune Deficiency Syndrome, or AIDS. They had no idea what caused it, how it spread or what to treat it with. People diagnosed with HIV in the early 1980’s were lucky to survive 8 years.

But 40 years of dedicated research brings results. There are dozens of different drugs available now to treat the HIV virus. If these drugs are started early, taken exactly as recommended by a doctor, and give good viral suppression, then the chances of developing AIDS are dramatically reduced.

In fact, people with HIV are likely to have a lifespan generally the same as uninfected people and are more likely to die of other causes, such as heart disease or cancer.

The treatment of HIV is different from the treatment of other chronic diseases, like diabetes and hypertension. For these diseases, drug regimens remain effective even after treatment is resumed following a period of interruption.

Not so for HIV. Forgetting or choosing not to take your HIV medication may lead to the emergence of drug resistance which is a major cause of treatment failure.

Consistently taking your medicine each day and every day will increase your chances of living a long and healthy life free from AIDS.

4. Both Truvada and Descovy significantly reduce the risk of acquiring HIV

In October 2019, the FDA approved Descovy, the second combination medicine developed by Gilead Sciences for the prevention of HIV.

Although Truvada and Descovy both contain tenofovir and emtricitabine, there are two main differences between them:

Truvada is recommended by the FDA for reducing the risk of acquiring HIV sexually, or via injection drug use, in both men and women (Pre-exposure Prophylaxis, or PrEP).

Descovy may be used as PrEP in similar populations; however, because of the lack of data, it is not approved for cisgender women.

Both Truvada and Descovy must be taken daily, consistently. They preventing HIV from establishing a permanent infection and should be used with other prevention methods (such as condoms).

It is important pregnant women with HIV continue to take their HIV medication as prescribed by their doctor.

Babies born to women with HIV also receive HIV medicine for 4 to 6 weeks after birth. HIV medicine reduces the risk of infection from any HIV that may have entered a baby’s body during childbirth.

6. Condoms should still be used during pregnancy

Women who are pregnant are at higher risk of getting HIV than women who are not pregnant. This means that your unborn baby is also at a very high risk of acquiring the disease. So it’s important to still use condoms when you are pregnant, and if your partner has HIV, ask your doctor about taking Truvada which offers further protection for you and your baby.

7. Know that if one regimen doesn’t suit, there are other options

There are many different types of medicines used in various combinations to treat HIV. Newer HIV drugs have far fewer side effects than older HIV drugs, and experts have named a few “recommended regimens” based on how effective a drug is, how many side effects it has and how often it needs to be administered (ie, once-daily administration versus multiple daily administration).

If you are new to HIV treatment, your doctor will probably start you on one of these recommended regimens. But know that there are alternatives that your doctor can discuss with you if you find that particular regimen hard to tolerate.

In March 2018, Trogarzo (ibalizumab-uiyk) was approved by the FDA. This is a welcome addition for people who have multidrug-resistant HIV and who have run out of other treatment options. Trogarzo is given once every 14 days by injection in addition to other antiretroviral drugs.

8. Generic formulations may save you money

The most important thing you can do if you have HIV is to take your medication every day. However, for some people, the high cost of HIV treatment gets in the way, particularly if their insurance does not cover the full amount of the drug, or if they have no insurance.

Generic versions of HIV drugs can be up to 30% cheaper than the branded version. Sometimes this may mean taking a few more pills each day, generics of all products may not be available, but it may be worth it. Just be sure to take your medicine without fail.

Talk to your doctor about the cost of your regimen, and if there are any cheaper alternatives.

9. Living with HIV doesn’t mean a lifetime of monitoring

If you have HIV, you learn to live with it, but having to go for regular blood tests can get in the way of leading your life.