Medically reviewed by Carmen Fookes, BPharm. Last updated on May 21, 2020. 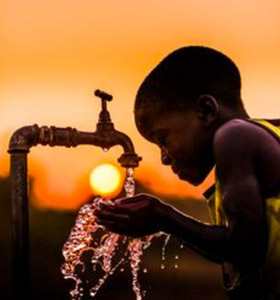 If you wanted to pick the most significant event in human history that reduced the spread of infectious diseases, improved sanitation including clean water and proper sewerage disposal would be number one.

But vaccination runs a close second, sitting ahead of antibiotics. Vaccination has had a major effect on reducing death rates and enhancing population growth. Dr Edward Jenner has long been lauded as the founding father of vaccination - when he formally demonstrated how a previous inoculation with cowpox protected a 8-year-old boy from a subsequent inoculation with smallpox.

Following a world-wide vaccination campaign that started in 1967, smallpox has not been seen since 1977, and the World Health Organization (WHO) has officially declared the disease eradicated worldwide, saving an estimated five million lives.

The Benefits Of Vaccination Are Real 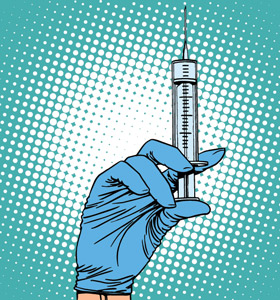 Smallpox isn't the only disease that has been impacted through vaccination. Other vaccine-preventable diseases - such as polio, diptheria, tetanus, yellow fever, measles, and pertussis (whooping cough) - have all seen significant declines in their prevalence directly attributable to immunization.

There is a high chance that polio could be the next disease to be eliminated world-wide. Two of the three wild poliovirus strains are now eradicated, with wildpolio virus 3 (WPV3) being declared eradicated on World Polio Day, October 24, 2019. The last known case of WPV3 was in Nigeria in 2012. Only wildpoliovirus 1 is still in circulation, but only in two countries, Afghanistan and Pakistan. Case numbers have decreased by over 99%, from an estimated 350,000 in 1988 to 134 reported in 2019.

But eliminated does not mean eradicated. Outbreaks of supposedly eliminated diseases, such as measles, regularly occur, particularly among unvaccinated communities.

No Vaccine is 100% Effective 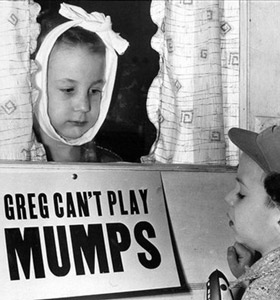 No vaccine is 100% effective, which means that a few vaccinated children will still succumb to disease if there is an outbreak; usually in a much milder form.

For example, measles has 97% efficacy after 2 doses (meaning 3 out of 100 vaccinated children will still get measles if exposed to it). Compare this to no vaccination, and an almost 100% chance of catching the disease. Measles is so contagious that you could catch it just by walking into a room that an infected person has left hours before. Some other vaccines, notably pertussis (whooping cough) have lower efficacy rates (86% after 3 doses).

Last year, the CDC reported the largest number of measles cases since 1992, with 1,282 individual cases confirmed in 31 states from 1st January 2019 to 31st December 2019. More than 73% of the cases were linked to recent outbreaks in New York, with the majority occurring in unvaccinated people. Of these, 128 were hospitalized and 61 experienced complications, such as pneumonia and encephalitis. 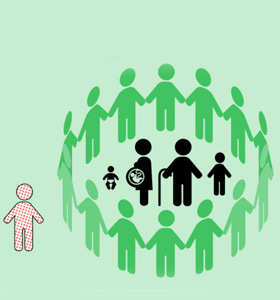 Another factor that influences vaccine efficacy is how many people within a population are vaccinated. For maximum efficacy, at least 95% of the population has to be vaccinated on time, according to the recommended immunization schedule.

If the majority of people are vaccinated, this offers protection against infection for those who are unvaccinated, because it reduces the chances of an outbreak taking hold. This is known as community immunity or "herd immunity".

Unfortunately, unvaccinated people tend to cluster in groups and non-vaccination is common in certain religious communities or some opinionated groups, which puts the whole community at risk for outbreaks. Three of the 2019 measles outbreaks occurred in New York State, New York City, and New Jersey, primarily among unvaccinated people in Orthodox Jewish communities. These were associated with travelers returning from Israel, where a large outbreak was occurring. 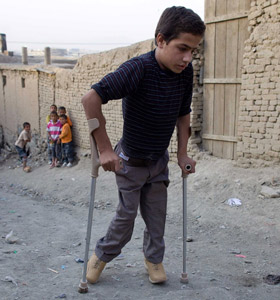 It is easy to forget, or more correctly, be completely unaware of just how deadly or disabling some of these diseases can be.

Parents in the 1940s and 50s welcomed vaccination with open arms. They had watched tetanus ravage soldiers in World War I, and diphtheria and pertussis kill their young babies. Everybody knew the disablement polio could cause and were thankful that the measles vaccine reduced hospitalizations and death from pneumonia. For once there was a way to prevent the thousands of babies being born with birth defects from rubella.

By the late 1970s, people were starting to forget life before vaccination, and public protest saw vaccination rates for pertussis drop from 80% to 50% over a period of five years, with devastating consequences. 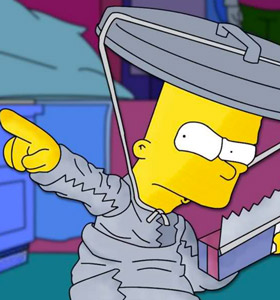 The message delivered by most anti-vaccination groups is that “vaccines do not save us from disease.”

Interestingly, this statement is often based on the same data that pro-vaccination groups use to highlight the fact that vaccines DO save us from disease. So who is right?

It is true that death rates from many diseases had declined significantly before the introduction of widespread vaccination, generally because of improved medical treatments, better personal hygiene and improved sanitation. But this doesn't mean that vaccines had no impact whatsoever.

The death rate from measles actually decreased from an average of 440 per year in the ten years before vaccination to an average of 34 per year after vaccination. The problem with graphs used by the anti vaxxer groups that show no change is that the scale is too large to reflect this difference. Not to mention, the graph only shows death rates from the disease, not how many people actually catch it.

There is a mountain of evidence supporting plummeting death and disease rates after vaccination and the protective benefit that widespread vaccination has at decreasing community-wide disease rates by shielding the unvaccinated.

Another Anti-Vaccine Argument: Danger And Toxicity of Vaccines 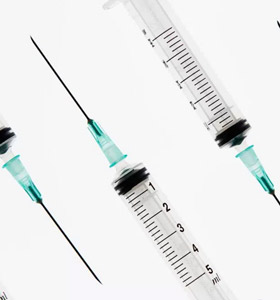 Another argument used by the anti-vaccination movement is that "vaccines contain very toxic substances that are poisonous to our bodies". Typically cited is the use of thimerosal (a mercury derivative), formaldehyde, aluminium salts linked to Alzheimer's Disease, and human albumin linked to cancer, among other claims.

But vaccines are actually much safer than most people think. In addition to the antigen which is the ingredient that causes the body to develop immunity, concentrations of other ingredients - all of which are necessary for the making of the vaccine - are tiny, and usually far below levels you would find naturally in breast milk or food.

Thimerosal was removed from childhood vaccines in the U.S. in 2001 as a precautionary measure, but there was never any evidence that it caused harm or autism. Formaldehyde is used as an inactivating agent in some vaccines (such as tetanus); however, it is not a component of the final product, although minuscule traces of less than 27 parts per million may be present. Similar levels of formaldehyde occur naturally in fruits and vegetables such as apples, bananas, and cauliflowers. Contrary to popular belief, aluminum has not been shown to cause Alzheimer's Disease or dementia. No viral diseases have ever been associated with the use of human albumin in vaccinations.

Vaccines and Autism. The MMR Controversy 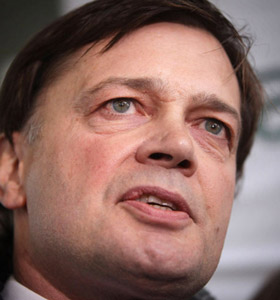 In 1998, The Lancet published a research paper submitted by Andrew Wakefield claiming that colitis and autism spectrum disorders (ASD) were linked to the combined measles, mumps, and rubella (MMR) vaccine. The media had a field day, but it took extensive investigations by Sunday Times journalist, Brian Deer, to uncover the truth. Wakefield had manipulated evidence in order to profit from new tests he aimed to launch on the back of an MMR vaccination scare. In addition, he had also conducted unnecessary colonoscopies and lumbar punctures on susceptible children with autism without ethics committee consent. Wakefield was found guilty of serious professional misconduct in May 2010 and struck off the Medical Register.

In the aftermath of the MMR vaccine controversy, vaccination rates dramatically declined in the United States, United Kingdom and Ireland, leading to a corresponding increase in the number of cases of measles and mumps. Despite multiple, large, epidemiological studies being undertaken since the initial 1998 claims, none of which found a link between MMR and autism, his fraudulent study contributed to a climate of distrust of all vaccines, and his work is still quoted by anti-vaccination groups today.

Your Decision, But Consider The Widespread Implications First 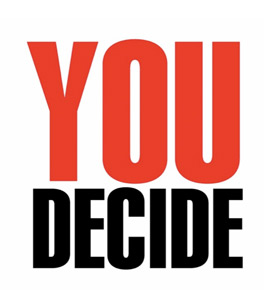 It is true that some medical conditions may be a reason to prevent or delay vaccination, and your doctor can advise you on this. In the majority of cases, people with mild illness can still be vaccinated.

People who choose to opt themselves or their child out of vaccination due to religious or personal beliefs should not make this decision lightly. Exemption laws vary from state-to-state, and you will need to consider the risks and wide-ranging implications of your decision before-hand.

If you are a parent of an unvaccinated child, you will need to inform all healthcare personnel of your child's vaccination status whenever you visit a doctor, hospital emergency room, or call 911. Isolation precautions may be implemented during your child's evaluation if a vaccine-preventable disease is suspected. During an outbreak of a vaccine-preventable disease, unvaccinated children should not attend school or daycare or participate in organized events for the entire duration of the outbreak. Bear in mind, outbreaks can take several weeks or many months to resolve.

Travel, Career Choice, And Future Pregnancy May Be Affected 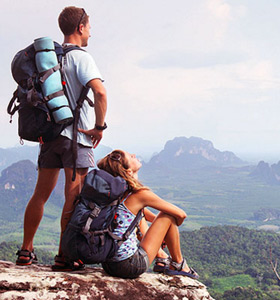 You will need to educate yourself regarding the signs and symptoms of all the common vaccine-preventable diseases (VPD). Seek immediate medical help if your child has been exposed to one of these diseases and starts to show symptoms. Make sure medical staff are aware of your child's vaccination status before they make contact with you or your child.

Vaccine-preventable diseases are common overseas, even in Europe, so before you travel know that unvaccinated family members are at increased risk. Check that your travel insurance will cover you should a family member catch a VPD, but bear in mind that the infected person, and possibly all close contacts, won't be able to travel by public transport (plane, bus, train) while they are contagious.

Vaccinations are usually mandatory in the military and a requirement of entry for many residential colleges or fields of study such as medicine and dentistry. Unvaccinated young adults wishing to pursue certain careers, study away from home, or travel extensively may have to spend six months catching up on all the recommended childhood vaccines.

Many vaccine-preventable diseases can cause birth defects or miscarriage; posing a risk to any unvaccinated woman of child-bearing age who may intentionally or unintentionally become pregnant. Diseases such as rubella, although eliminated from the Americas, are still prevalent overseas.

Catch-Up Vaccination Schedules Available If You Change Your Mind

Catch-up vaccination schedules allow unvaccinated people the chance to become fully vaccinated, whatever their age. Even during an outbreak, it may not be too late to reconsider your decision regarding vaccination, as many vaccines offer some protective effect within four days of administration, although full effects may take up to one month to develop. 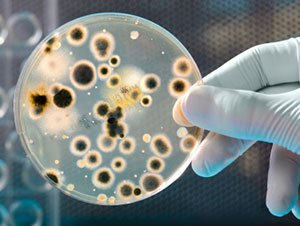 The Shocking Truth About Antibiotic Resistance

The Centers for Disease Control and Prevention (CDC) rank antibiotic resistance as one of the top health concerns facing the nation. Misuse and inappropriate antibiotic prescribing has resulted in a…