Rx ONLY.
FOR EXTERNAL USE ONLY.

Benzoyl peroxide is an oxidizing agent that possesses antibacterial properties and is classified as a keratolytic. Benzoyl peroxide (C14H10O4) is represented by the following structure:

When using this product, avoid unnecessary sun exposure and use a sunscreen.

General– For external use only. Avoid contact with eyes and mucous membranes. If severe irritation develops, discontinue use and institute appropriate therapy. Information for Patients: Avoid contact with eyes, eyelids, lips and mucous membranes. If accidental contact occurs, rinse with water. AVOID CONTACT WITH HAIR, FABRICS OR CARPETING AS BENZOYL PEROXIDE WILL CAUSE BLEACHING OR DISCOLORATION. If excessive irritation develops, discontinue use and consult your physician. Carcinogenesis, Mutagenesis, Impairment of Fertility: Based upon all available evidence, benzoyl peroxide is not considered to be a carcinogen. However, data from a study using mice known to be highly susceptible to cancer suggest that benzoyl peroxide acts as a tumor promoter. The clinical significance of the findings is not known. Pregnancy: Category C - Animal reproduction studies have not been conducted with benzoyl peroxide. It is also not known whether benzoyl peroxide can cause fetal harm when administered to a pregnant woman or can affect reproduction capacity. Benzoyl peroxide should be used by a pregnant woman only if clearly needed. Nursing Mothers: It is not known whether this drug is excreted in human milk. Because many drugs are excreted in human milk, caution should be exercised when benzoyl peroxide is administered to a nursing woman. Pediatric Use: Safety and effectiveness in children below the age of 12 have not been established.

Allergic contact dermatitis and dryness have been reported with topical benzoyl peroxide therapy.

If excessive scaling, erythema or edema occurs, the use of these preparations should be discontinued. To hasten resolution of the adverse effects, cool compresses may be used. After symptoms and signs subside, a reduced dosage schedule may be cautiously tried if the reaction is judged to be due to excessive use and not allergenicity.

NeoBenz® Micro: If applying to the entire face, apply a pea-sized amount of NeoBenz® Micro to one fingertip and dab onto cheeks, forehead and chin. Spread evenly onto entire face.

NeoBenz® Micro SD: Firmly squeeze applicator until seal between applicator and sponge has broken. Apply medication by rubbing sponge on small circular motions on affected areas. Dispose of each applicator after single use only.

*MICROSPONGE® is a registered trademark of AMCOL Health and Beauty Solutions, Inc, a subsidiary of AMCOL International Corporation. 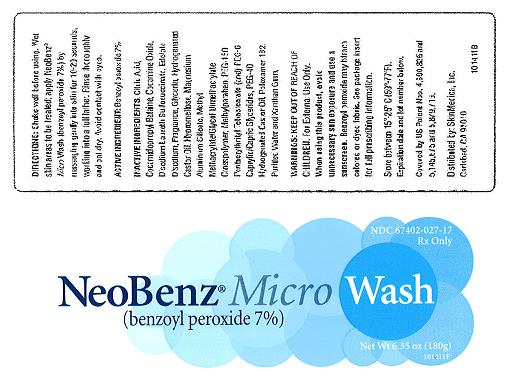 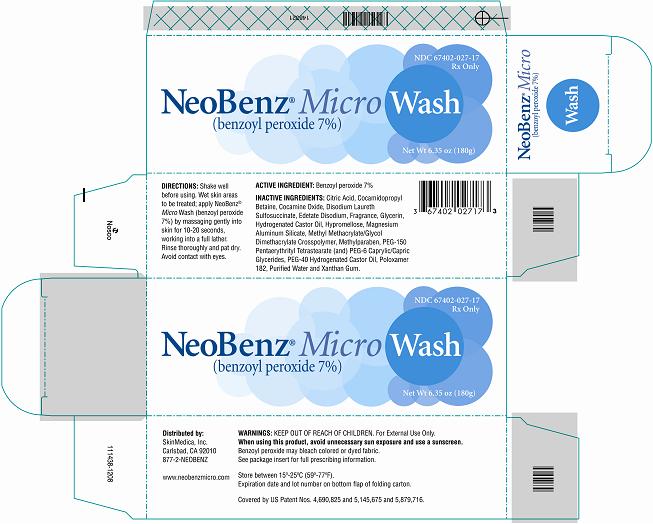