DYPHYLLINE-GG is a bronchodilator/expectorant combination available for oral administration as Elixir.

Dyphylline is 7-(2,3-dihydroxypropyl)-theophylline, a white, extremely bitter, amorphous powder that is fully soluble in water and soluble in alcohol to the extent of 2 g/100 mL. Dyphylline forms a neutral solution that is stable in gastrointestinal fluids over a wide range of pH.

Dyphylline is a xanthine derivative with pharmacologic actions similar to theophylline and other members of this class of drugs. Its primary action is that of bronchodilation, but it also exhibits peripheral vasodilatory and other smooth muscle relaxant activity to a lesser degree. The bronchodilatory action of dyphylline, as with other xanthines, is thought to be mediated through competitive inhibition of phosphodiesterase with a resulting increase in cyclic AMP producing relaxation of bronchial smooth muscle.

Dyphylline in Dyphylline-GG Elixir is well tolerated and produces less nausea than aminophylline and other alkaline theophylline compounds when administered orally. Unlike the hydrolyzable salts of theophylline, dyphylline is not converted to free theophylline in vivo. It is absorbed rapidly in therapeutically active form and in healthy volunteers reaches a mean peak plasma concentration of 17.1 mcg/mL in approximately 45 minutes following a single oral dose of 1000 mg of dyphylline.

Dyphylline exerts its bronchodilatory effects directly and, unlike theophylline, is excreted unchanged by the kidneys, without being metabolized by the liver. Because of this,
dyphylline pharmacokinetics and plasma levels are not influenced by various factors that affect liver function and hepatic enzyme activity, such as smoking, age, or concomitant use of drugs which affect liver function.

The elimination half-life of dyphylline is approximately two hours (1.8 - 2.1 hr) and approximately 88% of a single oral dose can be recovered from the urine unchanged. The
renal clearance would be correspondingly reduced in patients with impaired renal function. In anuric patients, the half-life may be increased 3 to 4 times normal.

Dyphylline Plasma levels are dose-related and generally predictable. The therapeutic range of plasma levels within which dyphylline can be expected to produce effective
bronchodilation has not been determined.

Guaifenesin is an expectorant whose action helps increase the output of thin respiratory tract fluid to facilitate mucociliary clearance and removal of inspissated mucus.

Indications and Usage for Dyphylline-GG Elixir

For relief of acute bronchial asthma and for reversible bronchospasm associated with chronic bronchitis and emphysema.

Hypersensitivity to any of the ingredients or related compounds.

DYPHYLLINE-GG is not indicated in the management of status asthmaticus, which is a serious medical emergency.

Although the relationship between plasma levels of dyphylline and appearance of toxicity is unknown, excessive doses may be expected to be associated with an increased risk of adverse effects.

Drug interactions: Synergism between xanthine bronchodilators (e.g., theophylline), ephedrine and other sympathomimetic bronchodilators has been reported. This should be considered whenever these agents are prescribed concomitantly. Concurrent administration of dyphylline and probenecid, which competes for tubular secretion, has been shown to increase plasma half-life of dyphylline (see Clinical Pharmacology).

Carcinogenesis, mutagenesis, impairment of fertility: No long-term animal studies have been performed with DYPHYLLINE-GG.

Pregnancy: Teratogenic effects– Pregnancy Category C: Animal reproduction studies have not been conducted with DYPHYLLINE-GG. It is also not known whether this product can cause fetal harm when administered to a pregnant woman or can affect reproduction capacity. DYPHYLLINE-GG should be given to a pregnant woman only if clearly needed. Nursing mothers: Dyphylline is present in human milk at approximately twice the maternal plasma concentration. Caution should be exercised when DYPHYLLINE-GG is administered to a nursing woman.

Pediatric use: Safety and effectiveness in children below the age of six have not been established. Use caution when administering to children six years of age or older.

The following adverse reactions which have been reported with other xanthine bronchodilators, and which have most often been related to excessive drug plasma levels,
should be considered as potential adverse effects when dyphylline is administered:

There have been no reports, in the literature, of overdosage with DYPHYLLINE-GG. However, the following information based on reports of theophylline overdosage are
considered typical of the xanthine class of drugs and should be kept in mind.

Treatment: There is no specific antidote for overdosage with drugs of the xanthine class. Symptomatic treatment and general supportive measures should be instituted with careful monitoring and maintenance of vital signs, fluids and electrolytes. The stomach should be emptied by inducing emesis if the patient is conscious and responsive, or by gastric lavage, taking care to protect against aspiration, especially in stuporous or comatose patients. Maintenance of an adequate airway is essential in case oxygen or assisted respiration is needed. Sympathomimetic agents should be avoided but sedatives such as short-acting barbiturates may be useful. Dyphylline is dialyzable and, although not recommended as a routine procedure in overdosage cases, hemodialysis may be of some benefit when severe intoxication is present or when the patient has not responded to general supportive and symptomatic treatment.

Dosage should be individually titrated according to the severity of the condition and the response of the patient.

Not recommended for use in children below age six: (see Precautions).

How is Dyphylline-GG Elixir Supplied

Dyphylline-GG Elixir (dyphylline 100 mg, guaifenesin 100 mg and alcohol 17% by volume per 15 mL) is a clear, light yellow-orange liquid with a mild wine-like odor and taste. The elixir is available in bottles of one pint and one gallon.

Dispense in a tight container. 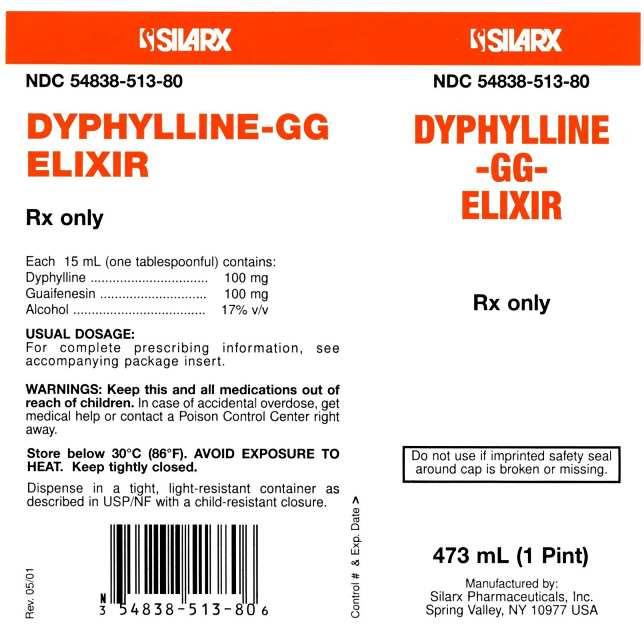 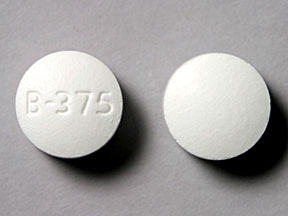